Disney's The Lion King & Aladdin Set To Get Full Remasters

According to Twitter account @wolverinefactor we will be getting a HD Remaster of both Disney's Aladdin and The Lion King, reported from GameStop Con. I'm sure you are wondering "who is @wolverinefactor? He only has 330+ followers." Well we were skeptical too until @wario64 retweeted them. Here is said tweet...

He goes on to saying it will include the original soundtracks and Genesis/Snes versions. Which means we will get to chose from either the Sega version or the SNES version. Of course we know that the the SNES version of Aladdin, created by Capcom, and the Genesis version, created by Virgin Interactive. This is very cool since I know most of my friends are split between which version is better.

@wolverinefactor then said that it will be available for pre-order tomorrow morning at GameStop.

If you know me, you know I'm a huge Lion King fan, definitely in my top 5 games ever made...in my opinion. The HD Remasters will be available in October on PS4, XB1, and the Switch. 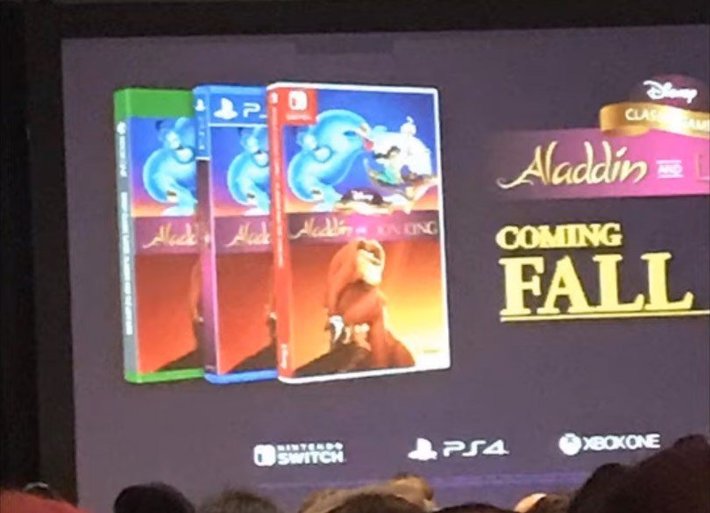 This pic tweeted by @gematsucon at GameStop Con.