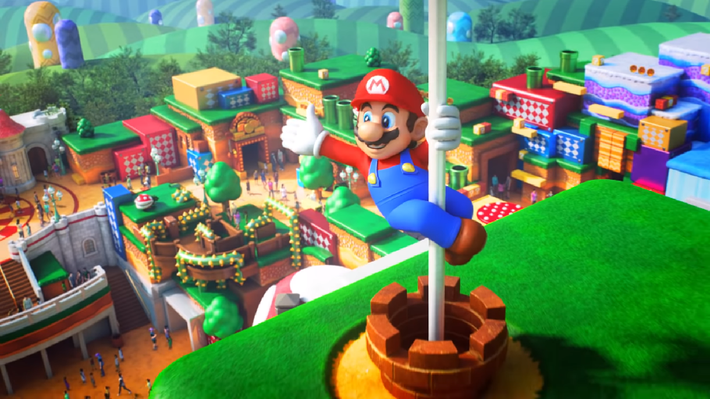 Universal Studios of Japan have now confirmed via an executive phone call that the Super Nintendo World theme park will be open in time for the Tokyo Olympics in 2020. This attraction will feature state-of-the-art rides and attractions at an estimated value of $351 million for development of the site.

Among the highlights is a reported life-sized Super Mario Kart course. The karts will run on rails with one driver controlling the drift while a secondary rider manages the weapons and power-ups. How that will be implemented will certainly be fascinating, as a real-life Mario Kart excursion sounds like the product of a dream.

After years of declining sales in gaming hardware (the Wii U ending up becoming the worst selling mainline Nintendo console in history), the company sought to aim towards other revenue ventures, one of those being a partnership with Universal Parks & Resorts, which was initially announced in May 2015. Official construction of the park located in Osaka began in June of 2017.

There are plans to bring the park to Universal Studios Singapore, as well as parks in Orlando and Hollywood, however no timetable has been provided for that yet. With Nintendo's rich history, the park will aim to appeal to older and new Nintendo fans across the past 30 years.