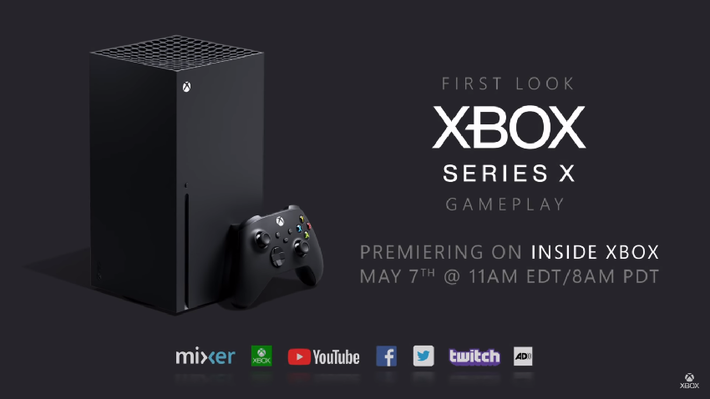 Microsoft has confirmed that their premiere presentation of the Xbox Series X will be streamed live May 7th with a new showcase called "Xbox 20/20". No David Muir present. Very much like Nintendo's Direct events (which are a little more spontaneous), Xbox 20/20 will be Microsoft's means of sharing updates, gameplay, and information with the world on a monthly basis with all matters regarding the future of its upcoming console and its library.

"These monthly moments will take place throughout the rest of the year and will be a way for us to engage, connect and celebrate with you about what’s in store for the next generation of gaming, including what’s next for Xbox Series X, Xbox Game Studios, Xbox Game Pass and Project xCloud. Every month will bring something different. Stay tuned to Xbox Wire for more details." Jerret West, CVP, Gaming Marketing

The 20/20 event for May plans to feature UbiSoft's recently announced Assassin's Creed Valhalla, as well as potential plans to have Halo Infinite available as a launch title this holiday season and other announcements from other developers about what's in store for the Xbox Series X. In late 2019, Microsoft announced they bought up an intriguing line of producers. 343 Industries, Double Fine, Mojang, Ninja Theory, and Obsidian Entertainment. Along with RARE, they're aiming to present upcoming new titles to the Xbox/PC brand.

The Xbox Series X presentation will be held May 7th at 8am Pacific time/11am Eastern/5pm CET and can be viewed on platforms like Mixer, Youtube, and Twitch. It will also be cast on Facebook and Twitter.