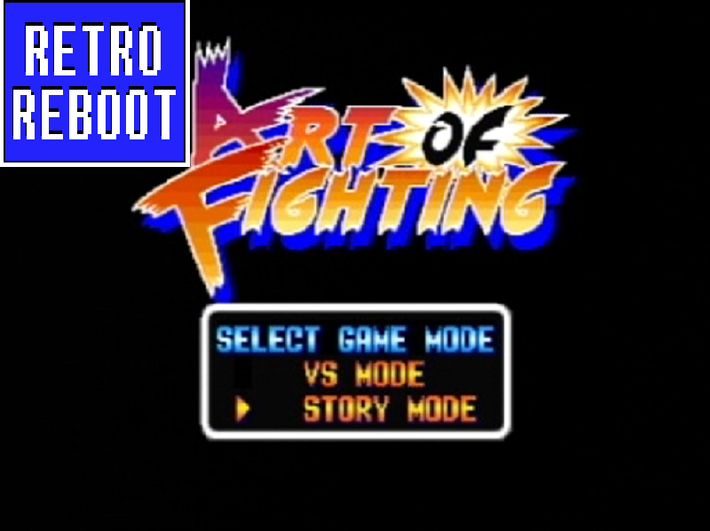 With their recent success after years of uncertainty, SNK Corporation's history can remain storied as they pursue a future to reestablish themselves as a cornerstone of game development. Okay, maybe that's overly high prose, but they're making money with modern releases of Samurai Shodown and not living in fear of going bankrupt or partaking in poor business decisions. I've been a longtime fan of the brand and have stuck by them through their heights in the 90's and their fall from relevance, to pretty much a push back into a degree of notoriety. This has piqued thus far with franchise icon Terry Bogard appearing in Super Smash Bros Ultimate. Though it sends a bleak message about your cultural impact when your most recognizable character is mistaken for an adult version of Pokemon Trainer. 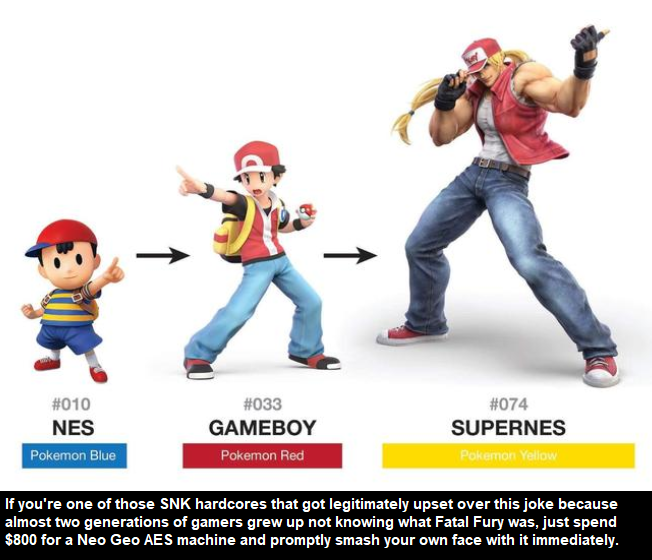 As they rebuild their reputation back with plans for the fifteenth installment of their storied King of Fighters series, I always thought it would do SNK good to reacquaint casual audiences with a lot of the characters that make up the KOF roster with modern takes on games like Ikari Warriors, Psycho Soldier, and Fatal Fury. And a game that plays like the very first fighting game ever made, Art of Fighting. 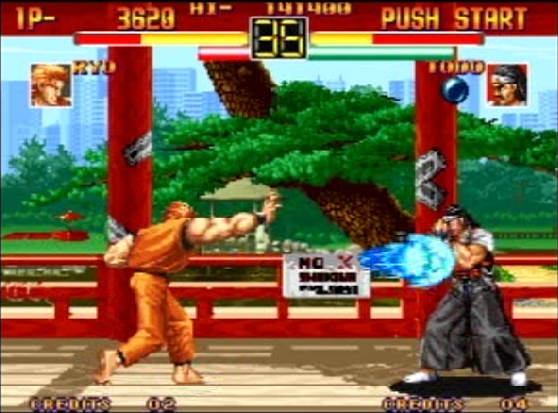 The 90's were certainly the golden years for fighters, games like Super Street Fighter II Turbo and Tekken 3 are still tournament savvy. Art of Fighting might be the most aged, stiff, unresponsive ancient fighting game to revisit. Fatal Fury precedes AOF, and while that one is also rocky, it's easier to get back into. 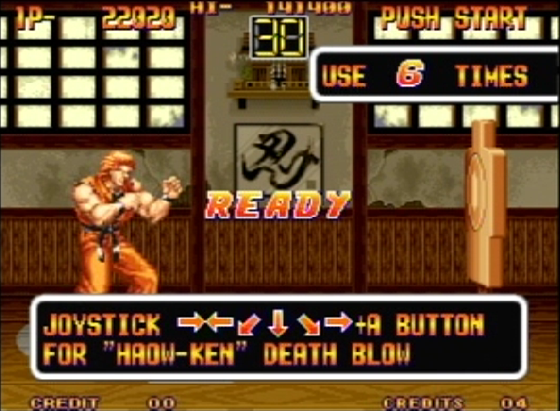 Released in arcades and home ported to the Neo Geo AES and CD in 1992 (other ports were also released on the SNES and Mega Drive, developed by Takara, who worked on the home ports of Samurai Shodown), Art of Fighting wasn't without its contributions to fighting games. It introduced the concept of super attacks in the form of "Desperation Attacks", which could be performed when your health meter was low and flashing red. This revolutionary concept evolved over the years to Street Fighter's Super Arts and Astral Finishes in BlazBlue.

Taking advantage of the Neo Geo's progressive resolution for its time and display of over 4000 colors, the sprites do have a lot of detail. As fights progressed, bruises will appear on the character's faces, taken advantage by Art of Fighting's zoom-ins and scaling. As an arcade spectacle, it's impressive to look at and the music is pretty good. 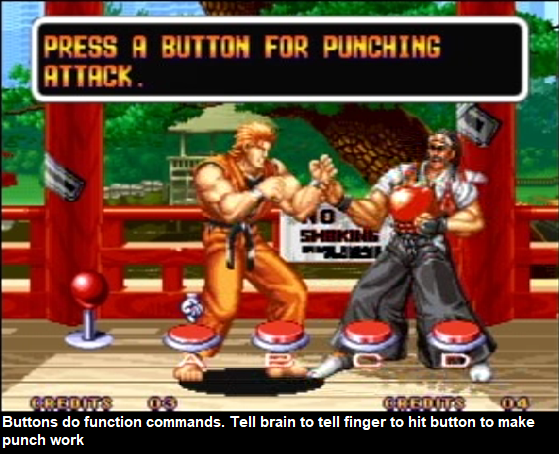 Then you actually have to play this turkey. There's "retro", then there's just outdated. Some fighters from this era are pretty easy to pick up. If you've played any 2D fighting game, like TMNT Tournament Fighters or Killer Instinct, the motor skills kick in. With Art of Fighting, you might feel like your stick is broken. The time it takes between pressing a punch button, you could make a life-sized replica of the Kon-Tiki raft by the time it registers as a strike. Jumping feels delayed and quite floaty. 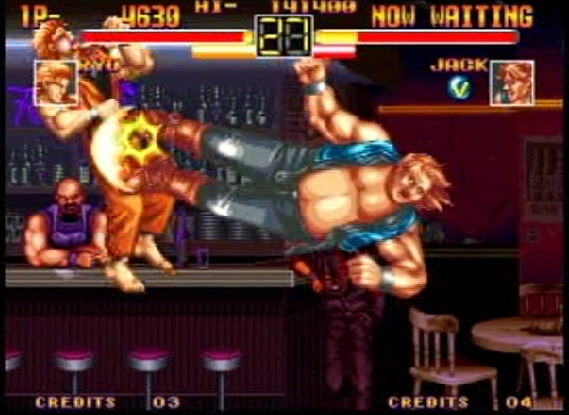 You have the ability to charge your Spirit Gauge by either Dragonball Z-ish powering up or reducing your opponent's bar by taunting them, but any player who's aggressive will knock you on your face unless they're stunned. Oh yeah, your Special Attacks are dependent on the Spirit Gauge being charged, if it exhausts itself, your attacks don't work to their full capacity. So you can't really rely on spamming projectiles and have to play this goofy game of cat and mouse where you're mostly going to be spamming jump-ins. Art of Fighting I suppose is emulating a real fight because it feels like an absolute struggle to do most things effectively if you're more familiar with Street Fighter II. Hell, even Fatal Fury, which is bumpy and methodical feels smoother by comparison. 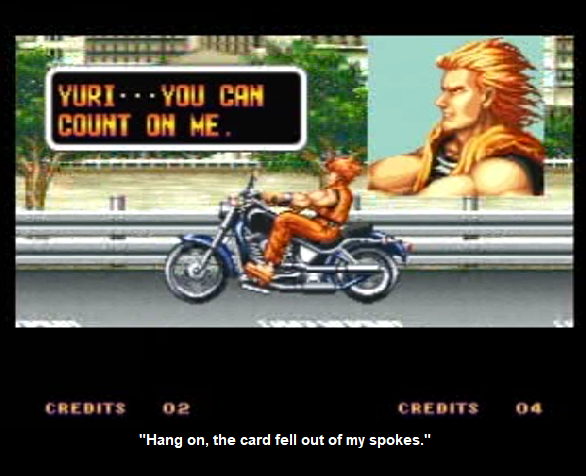 The game's single player mode lets you play as protagonists Ryo Sakazaki and Robert Garcia on a mission to rescue Ryo's little sister Yuri from Mr. Big. You can only select Ryo and Robert, who both play very similar. The rest of the cast includes a bunch of generic karate goons you've seen in any low budget action flick. In fact, beyond King, most of these other characters have seldom been seen beyond background cameos in King of Fighters entries. King is the only other character to be prominently featured in anything else. I like the Art of Fighting sequels, but nobody is really itching to go out of their way to play as bland warriors like Lenny Creston or John Crawley. Kasumi Todoh is the daughter of Ryuhaku (Art of Fighting's Glass Joe) debuts in AoF2 and is significantly more notable than he is. A good majority of the cast is as appealing as the nutrition facts on a jar of pickles. For its time, it was an okay fighter, but the passage of time rips a game like Art of Fighting to shreds. What's strange is I own it on almost every conceivable platform. I'm a glutton for punishment. Unlike other retro fighters I've looked over, there's little that you can garner from it other than some SNK trivia, because you'd have to really stretch your interests to have genuine fun with it gameplay wise. Track down Art of Fightings 2 and 3 for a more robust experience than this clunky venture. It's not one of the worst fighting game ever made, but it'll be a teaching moment for how far this genre and SNK have come.