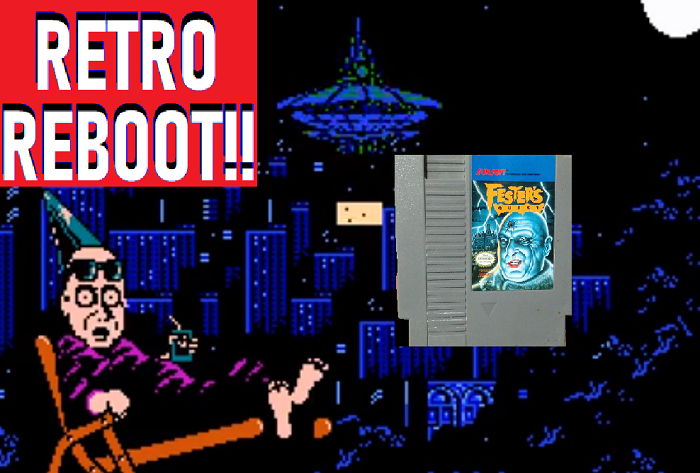 Fester's Quest is the perfect balance of a simultaneously decent game and a very frustrating one. I'll look back and fondly think, "I had some fun playing this one. Maybe I should pull this one of the shelf and give it a go". About six minutes in, after blowing up the 927th blue hopping frog that respawned IMMEDIATELY from the same pixel the previous one exploded, the shortcomings become very apparent. 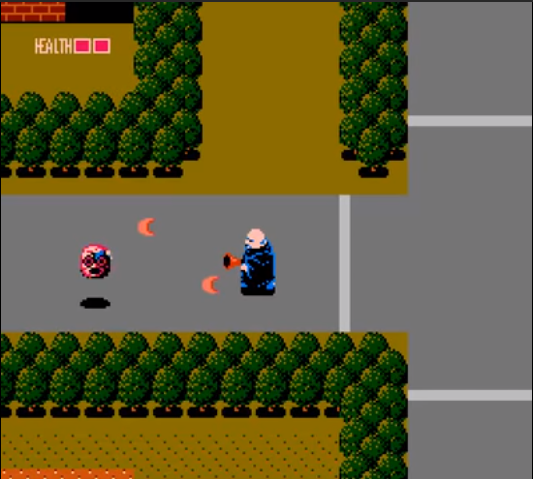 Game design-wise, Fester's Quest is playable, there's nothing inherently wrong with the controls or the visuals. Fester's Quest's greatest problem is it's one of the slowest NES games I've ever played. Fester himself is about as fast as Christopher Lloyd and out maneuvered by any enemy that isn't stationary (even then, floating Minion heads spit out insects that buzz around in erratic directions). Okay, I could overlook that, providing Fester has a solid arsenal to compensate for the lack of agility. And this gets my goat. You  start the game with a green slime projectile that shoots in a straight line, it's very weak and it's slow. Fine. Walk forward not more than a couple of feet, there's pulsating alien pods that drop GUN power-ups. What isn't fine is the sheer amount of time it takes to blow these things up, or the possibility of stumbling across GUN downgrades by accident. The mid-tier powers are a cannon the shoots woobly™ black balls that do full loops, sometimes completely around an enemy and gets blocked by obstructions. The orange boomerang upgrade moves in a wave pattern. It's stronger, but fans out in an even wider range. 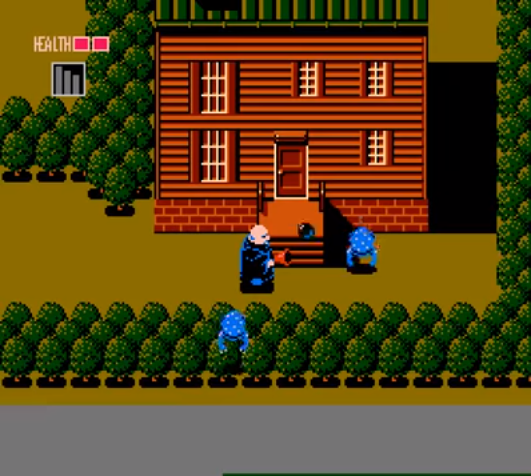 There are some secondary weapons, like T.N.T. and Missiles that you'll get later towards the middle portion of game. A frustrating aspect is the stick of dynamite will disappear if it's a FRACTION off the screen. And enemies respawn at such a rapid rate, you might wind up using more of this viable resource than you'd like to before being able to replenish it again simply to progress through random enemy waves. It turns into that Silver Surfer test of endurance and patience, except instead of shoe-sheddingly difficult, the game is like that school student flicking you in the back of the ear until you lose your temper. 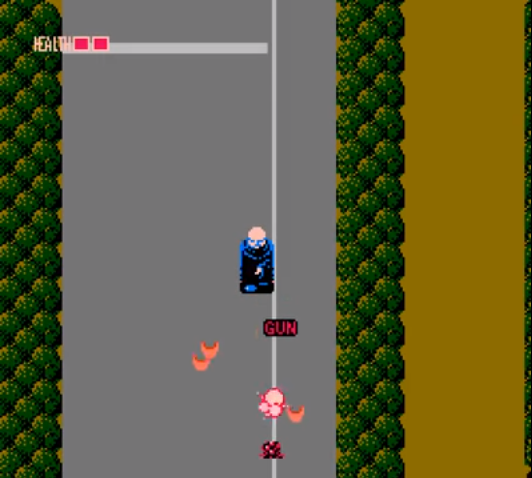 So what are some positives? As mentioned, it's easy enough to pick up and play, you get quite a few gadgets that aid you, like invisibility potions and vice grips to speed up in case an enemy slows you down (because you NEEDED to move slower). Thankfully, you do get a whip, which is a much more powerful and reliable weapon that compliments Fester's gun. 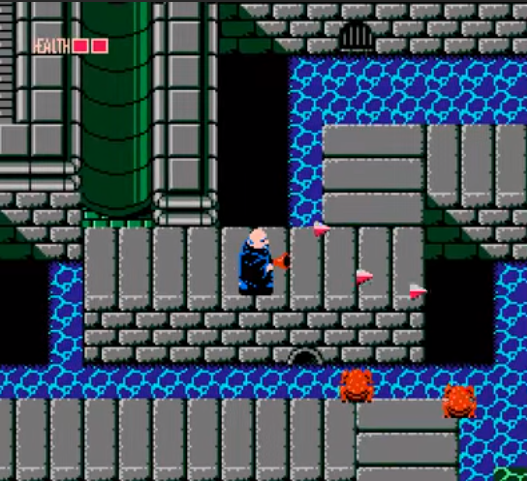 Fester's Quest is very generous with resource drops, so you'll seldom find opportunities to pick up money and keys, though it is annoying that you'll need a key every single time you need to enter a location. I don't even mind the light bulbs being used to light up a sewer. I'm underground, and it is dark. I use light bulb to make light. FINE. Any game where I need multiple keys or ropes to access areas can leap into a mortar. At least with Resident Evil, I threw away the Helmet Key when I was done with the Helmet Key. I didn't need to scrounge around for another damn Helmet Key. You can stockpile your inventory, but it quickly becomes grindy busywork that reminds me of Simon's Quest and Final Fantasy 8's idiotic Draw/Junction system. and I can't explain how many times I went to unlock a door and enter a building, only to drop a stick of dynamite in front of it. See, I was supposed to be listing positives, and I went on another tangent, that's what this kind of NES game does to you. Visually, it looks good. There isn't an abundance of animation, but the color contrast pops. Fester's Quest does these quasi-3D segments from a first person perspective. While navigating them is a touch annoying, I think they look pretty cool and was pretty ambitious for the NES to try and pull off. These buildings lead to a major boss fight, and they're not too hard, honestly. Very basic patterns that can be circumvented.

Playing Fester's Quest is neat at first, but it becomes tedious, it's the video game equivalent of shopping at office supply stores to buy ink cartridges. Oddly enough, like Karate Champ, it's another one of those NES games that might have been in someone's collection at some point, but is never really adored. It was, however, one of my mom's favorite games, and she was the only person in our house that beat it at the time.