I loved Kid Chameleon as a child. The titular character carried that aura of 80's suave and coolness that was ubiquitous. By the way, doing retrospectives, seeing mullets and the acid wash I've learned that it continued looking like 1985 until at least 1997. As a platformer compliment alongside Sonic the Hedgehog and Revenge of Shinobi, Kid Chameleon completed a lineup of decent games boasting attitude that provided an alternative to Nintendo's library. But time hasn't been kind to Kid Chameleon. 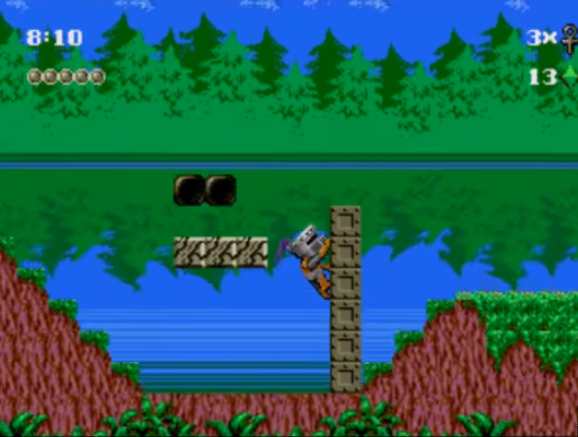 The game's story is a new virtual reality game called Wild Side is released in arcades and becomes a huge hit. However, the main villain in the virtual game becomes sentient, escapes the confines of the digital world, and abducts kids by defeating them. "If you die in the game, you die for real!!" It's up to the protagonist, Casey, a game expert, to defeat Heady Metal and free the captured children.

Kid Chameleon's signature appeal was his vast array of power-ups that aided you along the way. You start out as a kid in sunglasses, a white t-shirt, and jeans, which doesn't last too long, as you soon find helmets that can transform you into one of many personas that boast abilities, like becoming a samurai, a knight that grants Casey the ability to climb, a rhinoceros helmet that can smash certain blocks, and a mask that turns into Rick Taylor from Splatterhouse, I guess. 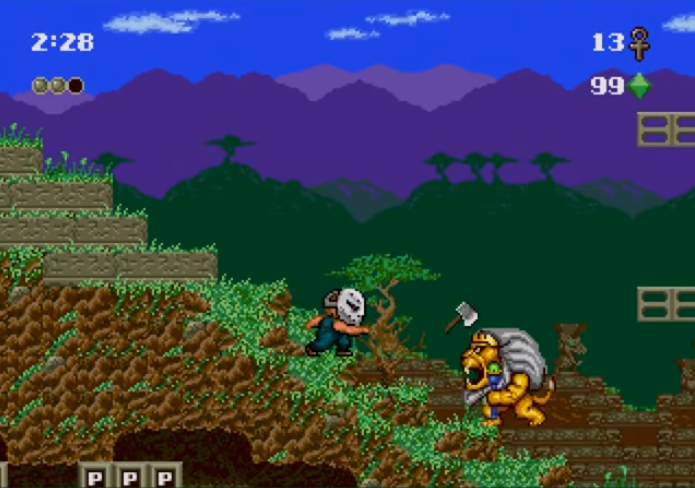 These skills are pretty neat, and they are dropped in abundance. Some appear at a point in a level where it can certainly help you, but at other points, the item drops are probably too generous. Besides helping you live a little longer in general (providing an extra hit point, for example), there's not much in the way of importance placed in maintaining them. You'll take damage and lose the Samurai, but there's probably one in a question block nearby, or another power. Most enemies are placed in stubborn places, so it can be a touch annoying. 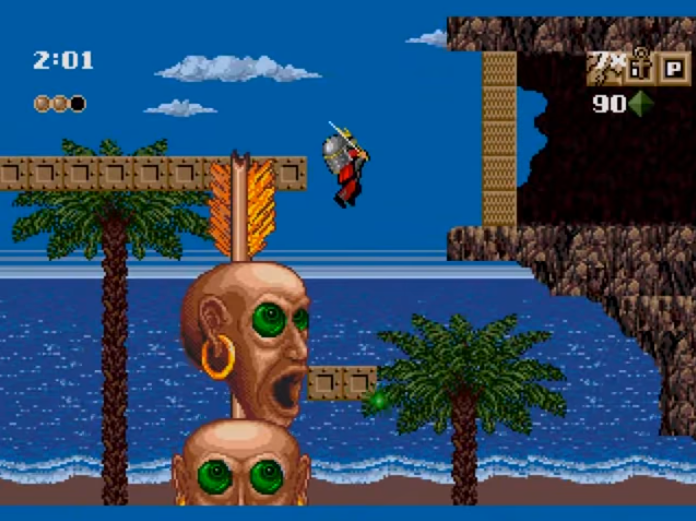 With over 100 levels, Kid Chameleon can sound daunting, but the direct path to the end doesn't involve traversing all 103 stages. The game isn't quite linear and there are many warp points and shortcuts all over the place. I don't think I've ever mapped a true path through the game, and the location of areas called "Elsewhere" act as bridging points. After certain points of progression, you fight Heady Metal in mild variations of essentially the same form of a stack of heads that spit fireballs at you. He's not hard to beat, just stay away from his projectiles and you'll be fine.

As far as controls go, Kid Chameleon is decent, but it gets a little dry. Despite the many power-ups, there isn't too much diversity in their functionality. As mentioned before, they make the going a little easier, but it misses the emphasis that a Super Mario 3 or even Sonic 2. Stages are full of bouncy objects that spring you around, trap spikes that I feel I just slide into, and overly precise jumps that thanks to the slippery way Casey gains momentum, can be a real pain. He feels like he just glides off platforms as if they were hit with Pam cooking spray. 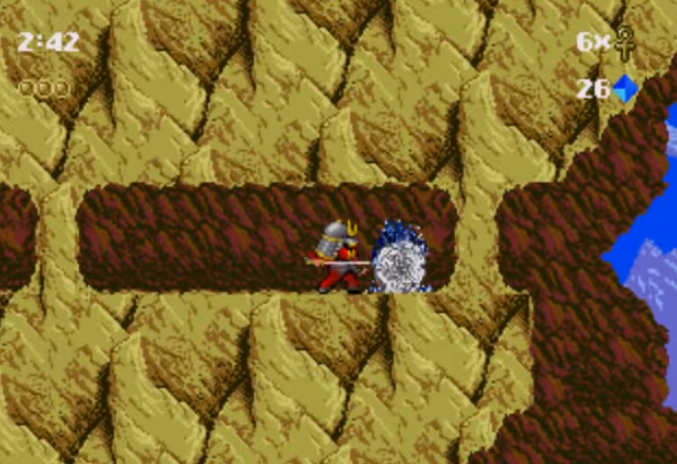 The graphics. It's not a bad looking game, there's a lot of freaky enemy sprites. I don't mind that the producers went with a big head deformed look, but I would've preferred it look a little more cartoony if it's going to adopt this style. The level designs seem fine at first, then it runs out of variety with backgrounds and location settings to the point that it becomes visually numbing. I certainly wasn't expecting many unique locations in a game that has 100+ stages, but when the level layout feels random and haphazardly implemented, it comes off like running through Mario Maker demos from a 5 year old.

Nostalgia can preserve the rush of some games in my library, but I was surprised by how quickly Kid Chameleon felt like a chore rather then an adventure. With the vast amount of levels, no clear path to reach the end in a reasonable amount of time, and no save feature to back up your progress, you have sit through this game for the long run, be it wishing to defeat it or just quitting from exhaustion. It's not a poorly made game by any stretch of the imagination, I wish Sega had explored this a little more with a sequel, but Kid Chameleon's overly daunting demand does not withstand the test of time.