I have to preface this for any readers clicking on this article five years from now: Newspapers used to be a physical medium upon which the events reported were printed via a press and sold in retail locations, providing you didn't have a subscription for you daily in-taking of Hi & Lois. Let's see how well that ages... 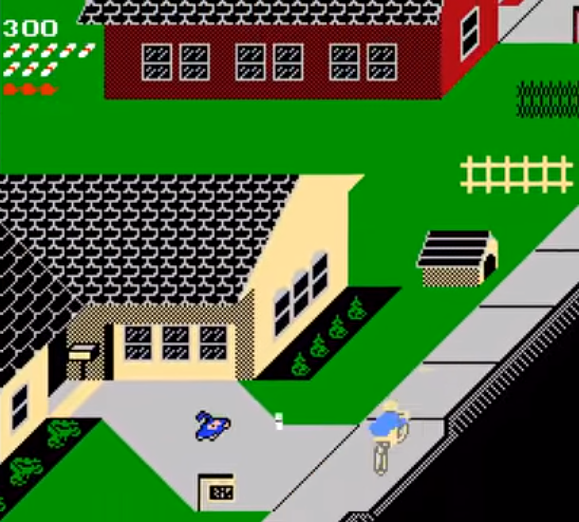 It goes without saying that of all the video game characters in the world, this paperboy has one of the most thankless jobs ever. Why does everything want him dead for simply doing his job!? That's one of the first things I noticed as a youngster. Paperboy is another one of those retro titles that I can't put down while simultaneously thinking it isn't really that good overall. But this is another testament to a game being effectively designed to eat up your time as you try to do better at it. The gameplay is as simple as it comes; go through the work week effectively delivering to customers requesting their deliveries while keeping your subscriber numbers up and potentially earning more while being sure to not lose all of your lives. Typing that sentence is something I couldn't do with a straight face. Originally developed for arcades by Atari, the NES port was done by Eastridge Technologies and released in 1986. It's also appeared on many home computers like the ZX Spectrum and Commodore 64. 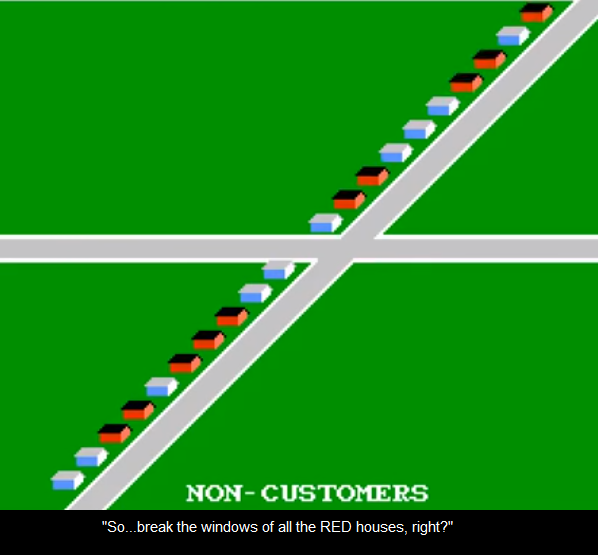 visually, Paperboy has a charm to it and the graphics are incredibly memorable. It's one of those NES titles that you can map right out in your head because there's so much insanity going on. Tires, lawnmowers, elderly people on recumbent bikes, Volkswagen beetles, dogs, skateboarders, this is the most bizarre set of obstacles encountered in any game not labeled Samurai Zombie Nation or Hong Kong 97. 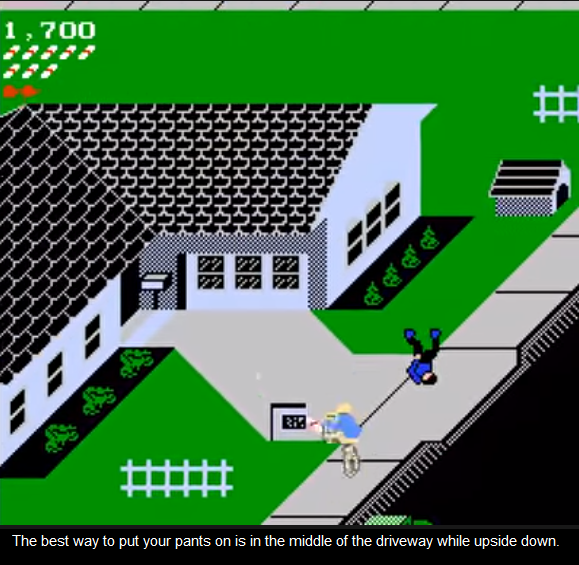 The game is in an overhead 3/4 isometric view with the perspective centered to keep the focus on the houses while you the player is at the very bottom of the screen at the start of the game. It's very unique and ambitious to see the NES attempt this, very much like Zaxxon.

You score points by effectively landing the paper, with a higher point total for landing it in the mailbox. You also get bonus points for damaging the property of non-subscribers. Failure to deliver to a brightly colored house will cause them to unsubscribe and the only way to get them back is by having a perfect delivery on the next day. It's quite an entertaining game to play, even if the controls do feel a touch chunky. Throwing the papers feel fine, there's a sense of momentum and velocity when it come to timing your paper tosses, and it's pretty satisfying when you get it just right. It's maneuvering the bicycle, this thing feels like pedaling through two and a half feet of room temperature Hershey's chocolate syrup. 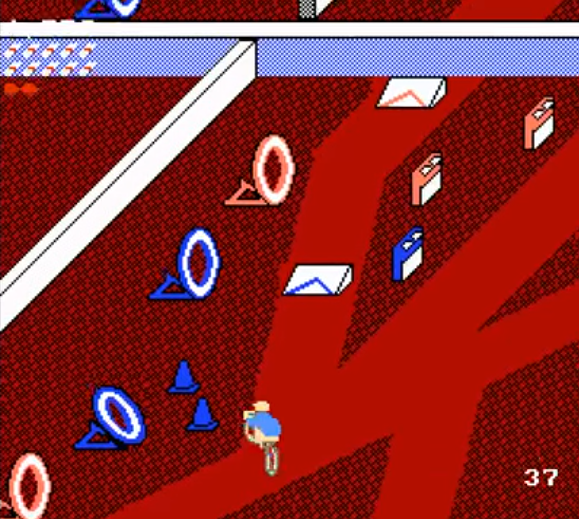 At the end of every stage, you get a run at the obstacle course, which has fans sitting in the bleachers, because again this game is very weird. The fun aspect of Paperboy and why it's a great game to come back to is in days before your could anger cops in Grand Theft Auto and incite a high-speed chase, this was a game where being a complete jerk to everyday citizens is completely satisfying. Mostly because even without provocation, there's so many things that exist in this town that just flat out wants you DEAD. Even Death himself wants to end this plucky 12(ish) year old's life. Those tires I mentioned? Either someone is an expert tire roller, or that wheel is sentient and has you dead to rights. This is why we need unions.

Paperboy on the NES is great arcade style fun overall. Not traditionally bad, but it will provide some genuine laughs. A better made game than, say, Karate Champ, and has quite a stubborn difficulty. but it's fun to revisit from time to time. This is a great game to get together with the fellas to see who can do better. In my eyes, as long as a game garners any emotion out of me that isn't complete boredom, I'm more than okay with it.