SquareSoft, now known as SquareEnix, became the flagship bearers that lead the explosion of Japanese role-playing games in North America in the mid 90's following the success of Final Fantasy VII, a game that many of its fans will tell is one of the greatest video games of all time, IS the greatest video game of all time, or the FIRST video game ever made. Well, by late 1997, the company that gave you dead Aerises and Mako reactors planned a roadmap to further take the world by storm with other RPG concepts, this included a venture into horror. Resident Evil 2 was a massive success, how about if you stylized it with a turn-based ATB combat system? Thus, Parasite Evil-er-Eve was born. 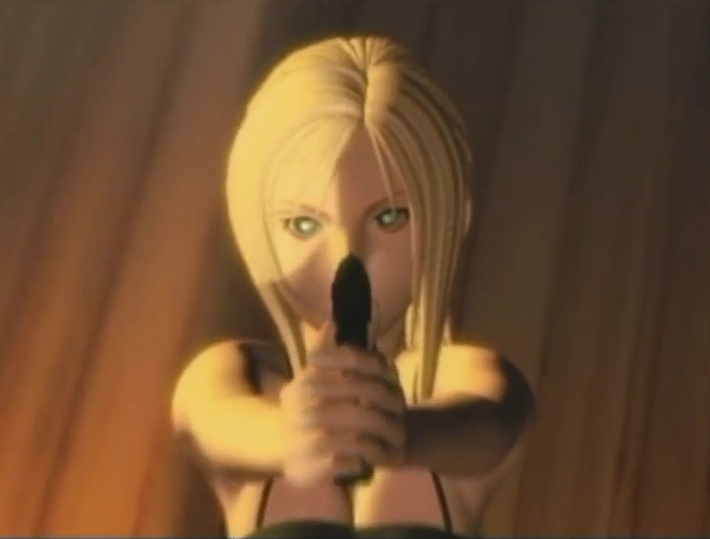 Released in September 1998, Parasite Eve was marketed as an "action RPG", but the combat plays more like a modified turn-based RPG, as the action isn't quite in real time. I'll talk about the battle system. I mentioned ATB, which stands for Active Time Battle, which is a variation of turn-based combat SquareSoft used in a lot of their games, namely the Final Fantasy series. Actions taken aren't based on ratio, rather the series of events continue even when you're selecting your decisions. For instance, being in the midst of your attack doesn't interrupt the enemy's meter. Which is why spells like Haste, Slow, and Stop are prioritized effectively.

Parasite Eve works in a similar fashion. By that, there isn't a specific battle screen. Random encounter is still a thing, enemies attack you, and until the ATB meter fills, you can maneuver around into better position before you get a chance to strike. So you're confined by the space provided, so if you're in a narrow hallway and it's battle time, Eva is restricted by said hallway. Talking briefly about the story, the player takes the role of Aya Brea, a rookie cop (glares in Leon Kennedy) in New York City who attends an opera when suddenly in the midst of the performance, everyone in the theater combusts and melts into ooey-gooey liquid (yeah, Parasite Eve is a very gooey, slimy game) except for Aya herself and the lead actress on stage, Melissa. When Aya, barely shaken by her blind date and the hundreds of patrons turning into melty pizzas, confronts Melissa at gunpoint, Melissa becomes a vicious floating creature, begins calling herself "Eve", explains that Aya's mitochondria needs more time to grow, and escapes into the sewers. Along with her partner Daniel and awkward scientist Dr. Klamp, they rush to discover Eve's plot and put a stop to her before all of New York is in danger. There's significantly more that goes into depth, but it gets fairly complex. 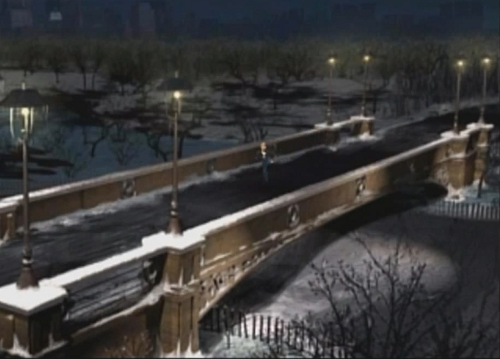 Suffice to say, the plot doesn't really whet my appetites. I found it okay, but gets bogged down in so much jargon, that it doesn't really age well. Mainly because Aya herself is as interesting and dynamic as watching an apple brown. Many of the circumstances come off quite contrived, even by JRPG standards. The game really does go for a horror theme, but I never found it unsettling or disturbing, due to how longwinded it becomes just tying events together. I had already had my fill of Final Fantasy VII attempting to make its science fiction jargon make any kind of sense.

Visually, Parasite Eve utilizes 3D rendered models on hand drawn two dimensional backgrounds. I've always liked this, it created a very unique appearance. While closeups really highlight how badly this era of gaming has aged, the backgrounds really do a fantastic job of capturing New York City, some of the landmarks look fantastic. The cinematic cut scenes per this time period are also very well done. 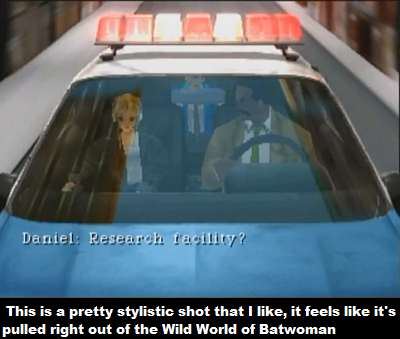 Where I feel Parasite Eve is hurt the most is the controls. How are controls hampered in a turn-based RPG? It's mostly due to how insanely sluggish general movement feels. In the beginning, Aya starts of wearing a tight black evening gown to the opera performance. When she changes her outfit, she still moves like she's running around in that dress and high heels. And as this is an RPG, there's an awful lot of traversing between locations, so it's extra super duper sloooooooooow! You'd be begging for an efficient run button of some kind. Parasite Eve was a success, sales wise. While I felt its horror theme misses its mark, the setting in modern New York gave it a flavor that stood out from the fantasy theme most role playing games were noted for. The combat is pretty creative and does some nice tricks with ATB, but it's not as fast-paced or fluid as other RPGs before it. The graphics are pretty cool, a lot of the monster designs are fascinating, it fit in with the creature features that were gaining traction in popularity by the late 90's. If you're a fan of old school SquareSoft titles at the height of the JRPG boom period, you may find this one to be enjoyable.