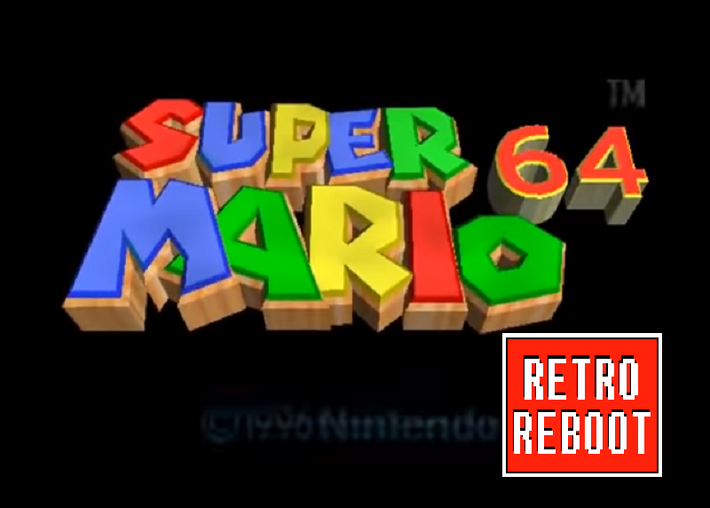 Mario games are flag bearers for each featured piece of Nintendo hardware. Super Mario Bros. 3 on the NES, Super Mario World on the SNES, and the N64's Super Mario 64. Nintendo's iconic plumber and his series always set the standard for quality platform games throughout the ages. The dawning of the 3D era in gaming proposed new challenges for how these adventures would be planned out and the landscape was changing. In 1996, Super Mario 64 would prove to be one of the most important video games ever made. 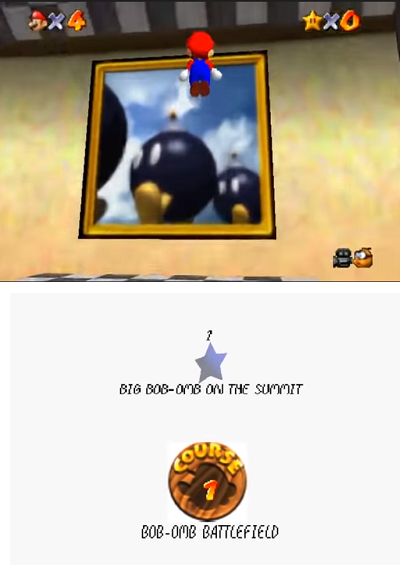 It took me a while to warm up to Mario 64. I was still very hardwired to 2D platforming and many of what the Sega Saturn had to offer, and didn't initially give this blocky Mario game much of a fair shot. I thought it moved kind slow and I wasn't much of a fan of the N64 controller. In retrospect, the N64 was progressive in a few ways. For some FPSes like Perfect Dark and Turok, it served as early examples of proper strafing motions. Granted, when going back and revisiting them, it took a moment to reprogram muscle memory, but for its time this was pretty forward thinking.

For Mario 64, the 3D movement is successful in part to the reliability of a decent free roaming camera. The game's opening area outside of Princess Peach's castle is specifically designed to take a moment for the player to get acclimated with the controls and camera features. You meander about until you enter the castle. I think my favorite Super Mario 64 aesthetic is jumping through the portrait to select a level. But not only that. Instead of traditional stages, Super Mario 64 is structured more around puzzle solving and placing a strong emphasis on level exploration. The hint of each Super Star objective being vaguely worded is also a nice touch. It's cryptic enough to leave an air of mystery about the particular quest without just flat out telling you where it is. 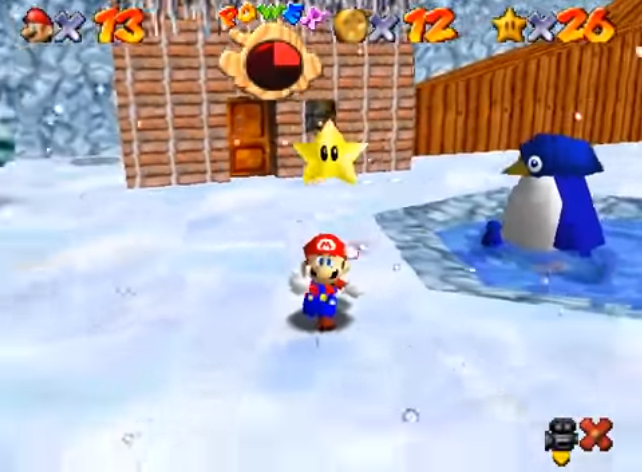 Visually, Super Mario was a spectacle for the time. Sure, even back then it was considered fairly blocky, but it was colorful and the maps were varied a lot to take in. There was a bit of graphical clipping, nothing too drastic. Now, while the camera is pretty decent, there are portions when the stages get a little more claustrophobic where is can get tricky to gauge the placement of enemies and jumps. It can zoom in on you when you least expect it and you may take damage from an airborne foes.

Not a lot of the traditional Mario enemies return for this game. Outside of Goombas and Boos, there's a few exclusive enemies. While it's more of an obstacle than an enemy, the giant eel that lurks near the Sunken Treasure ship was always cool. it enerv attacked you directly, and the very first time you see it, you're prone to prod around to see if it tries anything. 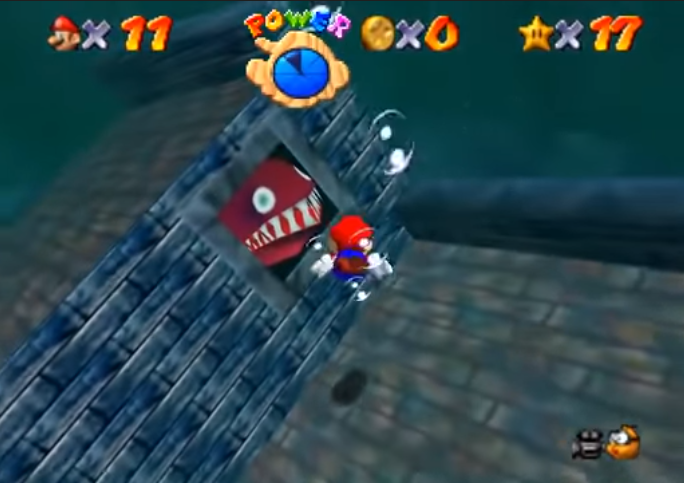 Talking controls, this is the element that has aged significantly. Mario has this momentum buildup before he takes off and it feels like he's running in place for a half a second. It's probably not very fair, considering the structure of analog sticks at the time. The movement was pretty broad back then, not quite as precise as a modern analog stick. I inadvertently learned the hard way about how the responsiveness of the controls worked for their time. A few years ago, I replaced the older, more worn sticks for a more modern design based on the Gamecube. While it feels better ergonomically, it ultimately did very little for the games I was playing. 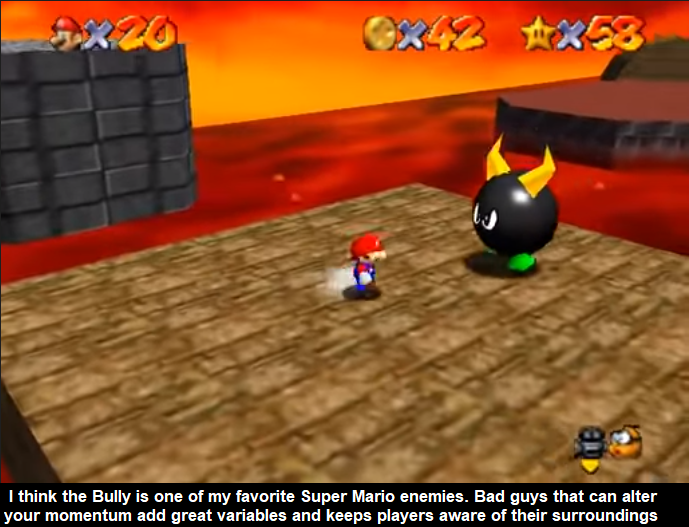 Mario succumbs to gravity differently than in other Mario titles, He now moves with a little bit of weight behind him, leaving him open to momentum getting the best of the direction he's running and is likely to hit a lava trap or make you misjudge your mark. This is why I was mostly okay with the variety of Mario enemies being fairly small, as most of the hazards stem from traps. 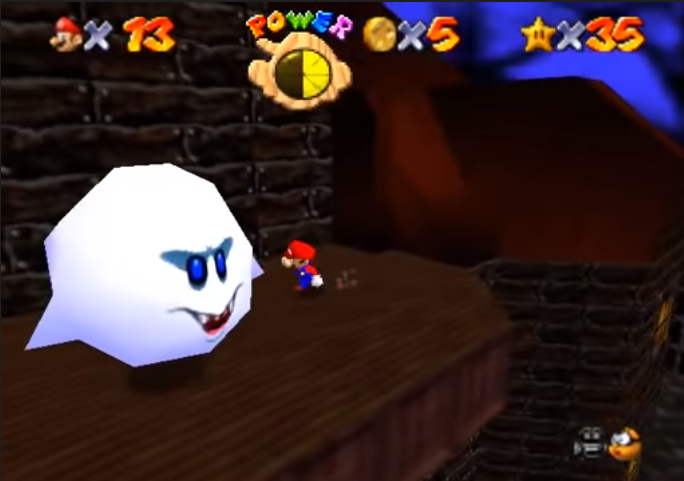 Now in a 3D environment, there's elements that at the time probably wouldn't translate well anyway, like Hammer Bros and Spinys. Mario has physical strikes to dispatch smaller enemies, but don't expect them to do anything against Thwomps or Chain Chomps.

Depth perception probably leads to some unwarranted damage, and that's always something about 3D platformers took more getting used to the moment I put thought into it. This isn't a "git gud" scenario, I can play Mario 64 no problem. The practice of convincing your mind to accept the simulation of a 3D environment often gets overlooked. At the very least until I get to Tick Tock Clock, where my brain cells and reflexes begin to evaporate into dust. This was essential for providing a teaching tool on how a sufficient camera angle makes a world of difference. Succeeding games like Spyro and Jak & Daxter benefited greatly from Nintendo's venture. 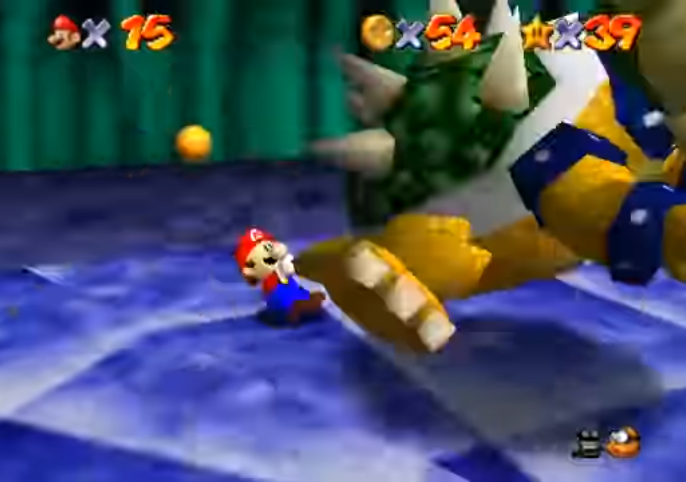 Super Mario 64 was a home run for the N64. While retrospectively, it's become rather rough from a technical standpoint, I find it really stiff and weird, it serves as a testament to how to properly advance a new means of game design. This is something Sonic the Hedgehog is still struggling with. The leaps taken from what this game started to what Mario Odyssey has achieved in terms of applying physics and mechanics. Humble new beginnings, as they say.