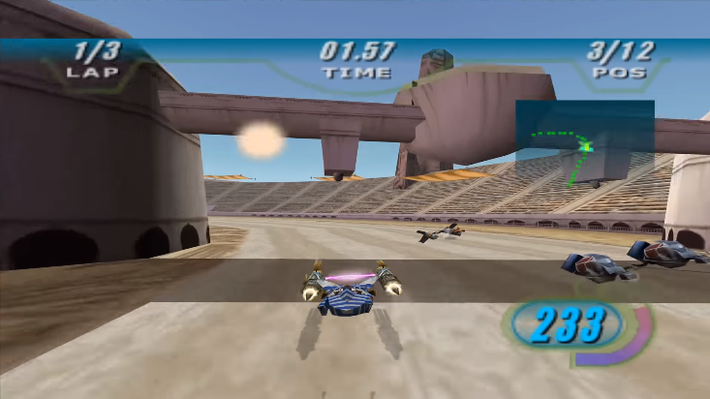 It appears the classic racing title, which was slated to be released today, will see another delay. The remastering adds elements like remapped controls, improved visuals, and was originally due to release May 12th. There was a decision to delay the PlayStation 4 version two weeks and relaunch it on the 24th of May. A reason wasn't given.

In a recent tweet, Aspyr Media, the team heading production of the remaster, has announced another delay with an unspecified date.

We are so excited to share Star Wars Episode l: Racer with you soon! Unfortunately, due to the ongoing work from home requirements across the industry, the game will be further delayed on Nintendo Switch and PlayStation 4. We’ll be back with an update as soon as possible.

Originally released on the Nintendo 64 and the Sega Dreamcast in 1999, Star Wars Episode 1 Pod Racer saw many other ports and versions on the Game Boy Advance and home computers.

We really believe in reuniting fans with something they cherished, or connecting a new audience with something they may have missed -James Vicari stated in April. The Nintendo Switch (which has seen its share of turmoil during the COVID-19 pandemic with account hacking and security issues in recent weeks) version has also been delayed indefinitely.