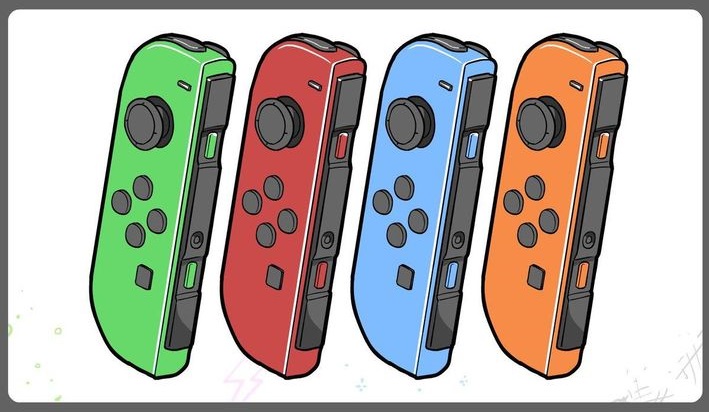 One of the pinnacle indie games that has come out in the last 10 years is from a little studio called "The Behemoth". The game is called "Castle Crashers" and its a 4 player co-op side-scrolling brawler, where you pick one of 4 different colored knights (later patches added more characters) and go from area to area beating up monsters and leveling up.

The game was insanely fun, and one of the best indie games to ever be released. Since first launching on the Xbox 360 way back in 2008. It has since been released on every major platform that wasn't Nintendo.

The Behemoth's official Twitter account released this image earlier today. Its Switch controllers colored as the same colors as the 4 main knights from Castle Crashers.

Could this be a tease that Castle Crashers is going to get a Switch release? If so, this will mark the first time the game has ever touched a Nintendo platform.

With Pax East right around the corner and, I know for a fact that The Behemoth is always at Pax East. My guess is if anything is about to get announced, it will most likely be at that event.

I am insanely excited for this game. I own it on every platform its on, but I do not care. I will rebuy it for the Switch.  Its a great couch co-op game for a system that is just made for co-op in mind.

If anything gets announced, I will update this. Until then.

This is James with Game Fix. Game on everybody!