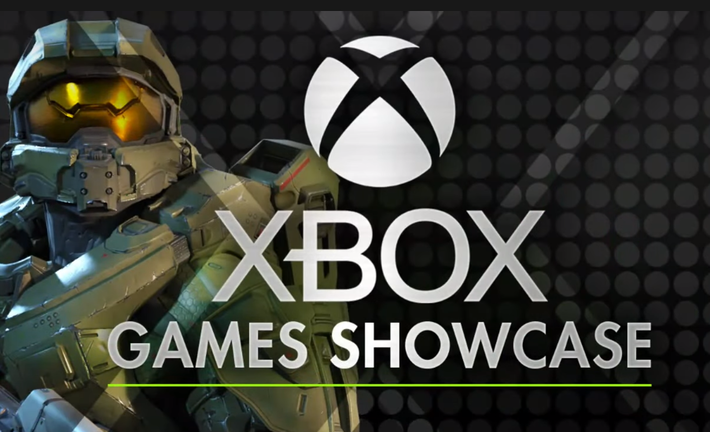 Microsoft's Xbox Games Showcase has wrapped up, so here at GameFix, we'll provide with you with a look at what Team Green put before you in their gameplay trailers and previews.

Up first is a look at the much anticipated Halo Infinite, running at 4K resolution and 60fps. This Halo entry looks to expand the story and lore, setting up Master Chief against his most dangerous enemy. Halo has always been a great seller as a launch for the Xbox. The dev team looks to put more emphasis on having a larger world to explore.

This one was a trailer, so no gameplay footage to get a read on what's in tow for the survival series. Will State of Decay prove that there's still some life left in the zombie apocalypse medium? SoD2 left fans feeling let down by the technical issues and the lack of depth regarding mechanics and resource management.

Directed by Sonic creator Yuji Naka, Baylan Wonderworld will be another effort reimagine 3D platforming the appears to be much in the light of Nights Into Dreams. Whereas the rest of the world didn't seem to appreciate Naka's efforts like Rodea the Sky Soldier (a game I felt was way more inventive than given credit), Ivy the Kiwi, and Let's Tap, he still has a knack for trying to create fantastic worlds and colorful characters.

Fable finally returns with a mainline entry after almost a decade. And Playground Games, the development team behind Forza, are now in charge. There isn't much to go by based on this trailer, but acknowledgement that it's happening will probably be enough for fans at this point in time.

Developed by RARE, Everwild Eternals looks to be a fascinating fantasy adventure. It utilizes beautiful cel shading, which will always be the best visual art style used for video games, as far as I'm concerned. It's incredibly captivating looking, though there is little to go by, as there is no gameplay to showcase.

A joint effort from Korean studio Smilegate (Soulworker) and Remedy (Alan Wake, Max Payne), I got what looks like a spiritual successor to Crysis with this. Aiming to be a cinematic style single player action game, CrossfireX gives some glimpses to its high-paced gunplay and skill set with Remedy's first dabbling into military shooters.

What, you thought an Xbox console was going to drop without a Forza title? Well, you probably expected it, but I'm going to indulge myself anyway. The Forza series is always a standard for showing off the processing power and early benchmarks of Xbox consoles, Motorsport may do the same. It aims to reimagine the series, so let us see if that's put to the test.

Phantasy Star Online 2, which had been a Japan release since 2012 and had plans for a Western release cancelled several times throughout the years, was quite a shock when it was announced for the Microsoft platform at E3 2019. New Genesis looks to be more than an addition to the already established episodes.

A narrative driven story experience from DONTNOD, the studio that brought you Life Is Strange. twins Tyler and Alyson use their special bond to unravel mysteries of their loving but troubled childhood. Set in beautiful small-town Alaska, Tell Me Why features true-to-life characters, mature themes and gripping choices.

I loved this trailer so much. I had a smile on my face from ear to ear. Being a fan of Honey, I Shrunk the Kids growing up, seeing a survival game take place in the perils of your backyard from Obsidian genuinely catches my eye.

Another from Obsidian, Avowed looks like it's in the same vein as the Elder Scrolls series. As far as I'm concerned, this studio has rendered Bethesda irrelevant, since they're proving they can make the same games, except better. Lemme double-check my old Skyrim save...yep, I still have ataxia. The "charming bugs" live on.

This naturally has some Silent Hill vibes. Composer Akira Yamaoka of the Silent Hill series joins Arkadiusz Reikowski for this psychological thriller. This does make me beg the question; while it would be neat to see Silent Hill return to form, do we really need it at this point?

Probably my winner for favorite name for a video game, The Gunk is from the team behind Steamworld. Explore and solve puzzles in this danger-filled adventure game in hopes of saving the world. There's certainly some social commentary about the environment in there somewhere.

A sneak peak into the gameplay, and featuring Jack Black! Need I say more?

From the developers of the best-selling and award-winning franchise Vermintide, Warhammer 40,000: Darktide is a visceral 4-player co-op action game set in the hive city of Tertium. Fight together with your friends against hordes of enemies in this new Warhammer: 40,000 experience.

In conclusion, I enjoyed this showing. Microsoft displayed some long-time favorites like Halo and Fable, as well as a Psychonauts 2 showing, backed by some pretty solid offerings from their newly acquired studios to broaden their appeal. The variety looks incredibly promising thus far. Still no announcement on a price for the Series X, as Sony and Microsoft continue to play Spy vs Spy here in late July. What do you think? Are you more interested in the Series X, less, or about the same? Feel free to share your thoughts.