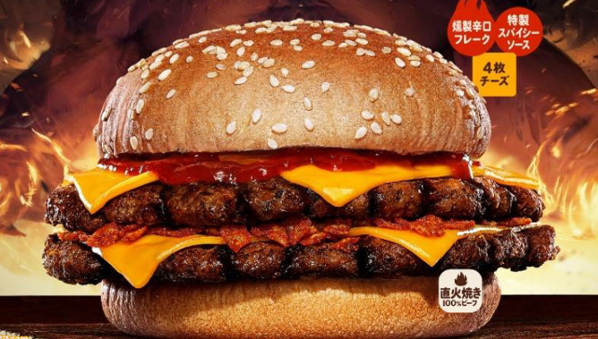 In the world of video games, the idea of crossovers have become the talk of the industry. How about this for a collaboration? Activision Blizzard and Burger King Japan Holding's have joined forces to promote Diablo Immortal. It's not quite an in-game item or prize to unlock, but a limited time Diablo Garlic Double Cheeseburger that will be sold for three weeks, September 9th through the 29th.

It's made with two of Burger King's signature 100% beef patties grilled over an open flame are combined with smoked hot flakes and a special spicy sauce, and then layered with four slices of cheddar cheese. A special press release, courtesy of Famitsu:

"Diablo Garlic Double Cheese Burger " in collaboration with the mobile game "Diablo Immortal" operated for 3 weeks from September 9th (Friday) to September 29th (Thursday) Limited quantity. We will release a new product. Also, during the period, a collaboration room that reproduces the dark fantasy world view of “Diablo Immortal” will be open to the public on the first basement floor of Burger King Akihabara Showa-dori." 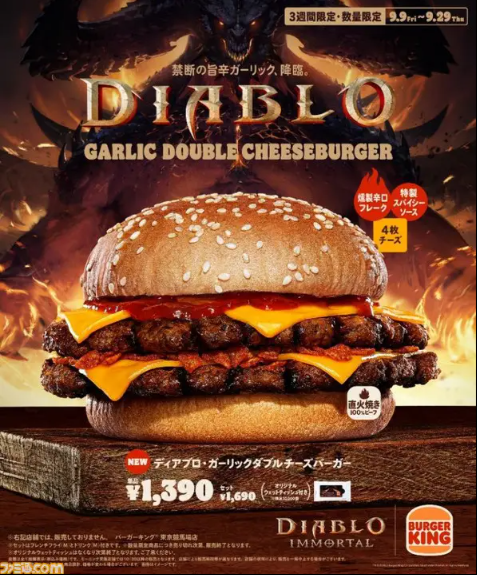 Diablo Immortal has seen 20 million downloads and has made $100 million in its first two months of release. Despite the great ridicule the mobile game received during its development and prior to its release. If you're in the Akihabara area, get this burger while you can.