Capcom Expressing Interest In Reviving Some Of Its Dormant IPs 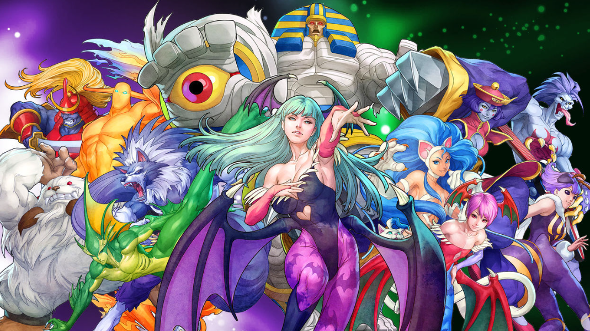 Throughout the 80's and the 90's, Capcom was revered for boasting one of the richest and most beloved games and franchises. By the mid 2000's, however, many fans saw its releases of fan favorite series slow down to a trickle, if not halted indefinitely. For every hit that Monster Hunter, eventually Street Fighter V, or Ace Attorney became, there was little heard about a future regarding Dino Crisis, the Ghosts 'N Goblins spin-off Maximo, or Rival Schools. Could that change?

According to Video Games Chronicle, during an investors relations Q&A, Capcom was asked specifically about its dormant IPs, to which Capcom stated they have been listening to data from the market.

“We are currently putting together plans for our pipeline based on-demand data from the market”, the Resident Evil publisher replied. “Going forward, we will continue to take customers’ wishes into consideration while devising our title lineup.”

While it's always prudent for game publishers and developers to plan for the future with new intellectual properties to establish, it can be as equally rewarding to remember the titles upon which that foundation was built. Sure, companies have always stated they'll revisit classic series, but while hard numbers are difficult to find, it can be surmised a studio doesn't see value in a name that doesn't sell.

Things might be different for Capcom this time around, given the very positive feedback to the announcement of the upcoming Capcom Fighting Collection, a collaboration of 10 classic fighting games over the last 35 years, which prominently features fan favorite Darkstalkers and its many incarnations of the Vampire Hunter/Night Warriors series.

In 2012, the release of Darkstalkers Resurrection, developed by Iron Galaxy Studios for the PlayStation 3 and Xbox 360, a collection of Night Warriors: Darkstalkers' Revenge and Darkstalkers 3, was used as a litmus test to gauge interest in developing a brand new game, even a reported revival on the Wii U in 2012 (imagine that). Capcom was reportedly unhappy with its sales, and then Street Fighter director and producer Yoshinori Ono didn't seem interested in the project.

With reports of Sega reviving dormant names like Crazy Taxi and Jet Set Radio with their "supergames" mission statement, perhaps other companies would look into breathing life in their back catalog could become a trend.

Which Capcom classics would you like to see brought back?