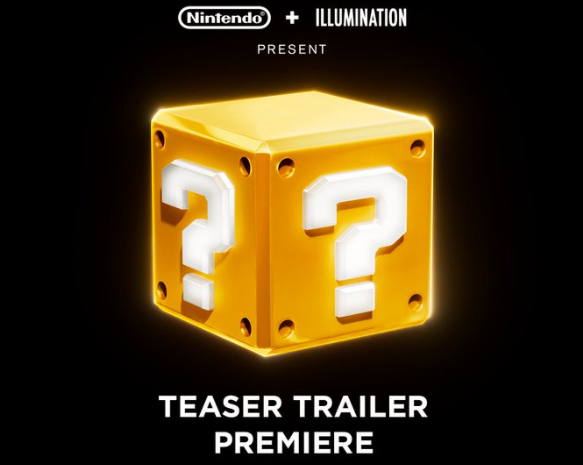 After many delays, and kept under wraps more secure than Brink's Incorporated, the world will finally get a look at the upcoming Super Mario Bros. movie in the form of its first trailer. This announcement was made via the New York Comic Con's Twitter, as fan reception remains an unhealthy mix of cautious anticipation and apoplepxy, mostly after the announcement that Star Lord actor Chris Pratt (Guardians of the Galaxy, Passengers) will be playing the role of Mario.

Produced by Illumination Studios and Nintendo, very little is known about the plot of the film, beyond it being a fully animated venture with a colorful cast of actors and comedians portraying the Mario franchise's long line of characters. Many of these roles include Jack Black as Bowser, Anya Taylor Joy as Princess Peach, Charlie Day as Luigi, and Seth Rogen as Donkey Kong. Longtime veteran voice actor Charles Martinet will make an appearance, in a yet unknown capacity.

The movie's official title has yet to be revealed, as well as an established theater date, but it's projected to be sometime in 2023. Perhaps this trailer hitting New York Comic Con will shed just a little light on these details. Given the success of the two Sonic the Hedgehog films, Mario may have a tall order to win over Western audiences, as those who are old enough to remember the original Super Mario Bros. movie, left expectations rather demanding. Though I personally enjoyed the Bob Hoskins/John Leguizamo vehicle. Nintendo recently purchased an animation studio, so more in the lines of television and movie programming could be in their future.