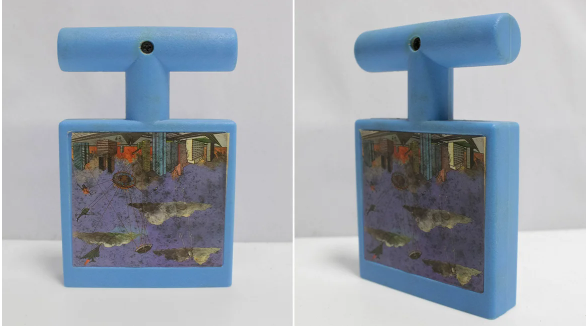 Developed by Men-A-Vision, the company's only released video game, Air Raid generally commands exorbitant prices at online retailers, and is one of the hardest Atari 2600 titles to get your hands on. Many instances have been reported of fraudulent copies and reproduction carts making the rounds over the last several years. Occasionally, some of these sought after gems make their way to trade or thrift stores, it's one of the thrills of retro collecting for the hardcore completionists.

Reported by Inside Edition, a copy of Air Raid ended up in a box with other goods at a North Central Texas Goodwil. According to Liz Confiliano, Director, Community Engagement at Goodwill, the donor may not have been aware of its value. 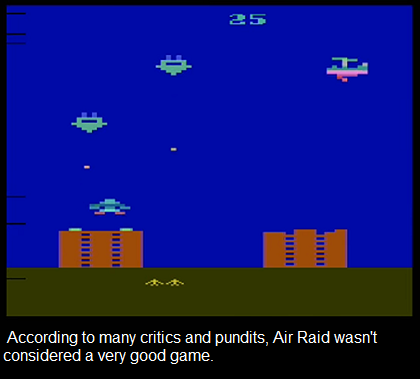 "Very few copies of the game were released, making it incredibly sought after by retro gaming collectors", Confiliano stated. “Only 13 known copies exist."

Air Raid is certainly an oddity when it comes to game cartridges. With its powder blue casing and t-bar handle, it certainly stands out from even the strangest NES carts. The last complete boxed copy of the game was sold for a mind-blowing $33,000.

Alex Juarez, an e-commerce processor, keyed in on the gem. After clarifying the details with his father, an avid video game collector, Air Raid was updated on an auction bin June 10th. There were 34 bids total, starting at $20. The bidding had jumped up to $2,000 by day's end. Over the next several days, the price had jumped to $5,100 and was added to 235 watchlists.

"With the $10,000 earned from the sale of this one item", Liz spoke, "Goodwill North Central Texas can provide day habilitation services for a year for one adult with disabilities, provide 20 homeless individuals with job placement services and community resources, or help 10 at-risk youths earn their GED and a paycheck at the same time."

According to Goodwill, the buyer asked not to be identified.