UbiSoft's Roller Champions Is NOT Cancelled 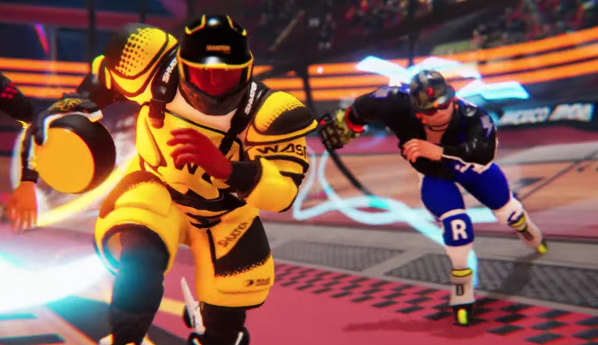 About a month ago, UbiSoft launched a new 3v3 online competitive sports title, Roller Champions, a unique spin on fast-paced sports that seemingly blends aspects of roller derby and rugby, and Rocket League. Initially released May 25 2022 (and June 21 for the Nintendo Switch), the feedback to Roller Champions has been mostly positive, with journalists and reviewers giving praise to its accessibility, but many feel matches can be fairly short and repetitive, as well as the limited skill curve.

Based on a segment in the Xbox Era Podcast, Giant Bomb journalist Jeff Grubb was seemingly asked via his phone, "do you think it's possible that one of the canned [UbiSoft] games is Roller Champions is gonna be cancelled after season 3?". Jeff seemed to flippantly respond, "That's breaking news, right here on XboxEra, everybody." Publications ran with this story of the game's early demise as a statement, even if it happens to follow sync with the recent trend in news surrounding UbiSoft and the cancellation of projects.

Hello Champions! Let’s clear it out of the way first, Roller Champions isn’t getting cancelled, and Ubisoft fully supports it. You can rest assured we’ll keep you updated as we roll forward.

Hello Champions! Let’s clear it out of the way first, Roller Champions isn’t getting cancelled, and Ubisoft fully supports it.

You can rest assured we’ll keep you updated as we roll forward.

So reports of this free-to-play's early death were greatly exaggerated. While the online viewer base on Twitch decreased astronomically since its launch, UbiSoft has reported that a total of 17,510,359 matches have been held as of June 23, according to a report by DBLtap.com.

Roller Champions is currently available for the Xbox One, PlayStation 4, PC, and the Nintendo Switch.