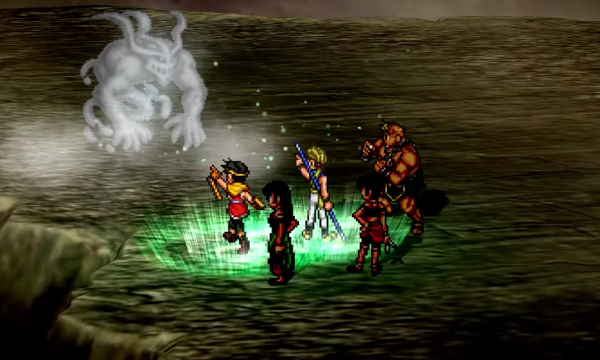 While names like Metal Gear and Silent Hill are greatly revered names, one other franchise under the Konami umbrella has been Suikoden. Dormant since 2012, many fans had questioned, even doubted if they would ever see the series in any capacity again. Good news is afoot, as Konami plans to release HD remasters of the first two Suikoden games in 2023. This announcement came during Tokyo Game Show 2022.

The development of these remasters will be done by series veteran Konami programmers Yasuo Daikai (Super Bomberman R, Hybrid Heaven) and the director of Suikoden V, Takahiro Sakiyama (Silent Scope). When speaking with IGN at TGS, questions were asked about fixing the very flawed script in the Suikoden games, as translations were very rough.

“Initially, for the original games, the size of the dialogue box was quite small and there wasn’t a lot that we could fit in there", Dakai explains. "Japanese is a language that can say a lot in a very short amount of space, but for English and other languages, you need a lot of space to say the same thing usually. So in this game we have expanded the size of those dialogue boxes, and that has let us retool and work on the localization to get us more in tune with the Japanese script."

As the conversation continued, Daikai informed that he wasn't content with just leaving Suikoden as a remaster.

“...So yes, I would really like to keep making more Suikoden games in the future. So we hope all of our fans will root for us and support us, and we hope that we can deliver on those promises and you guys can enjoy them.”

Originally released for the PlayStation in 1995, Suikoden would go on to become critically acclaimed, winning several game awards in 1996. Konami has stated in the past that they have been adamant about getting back into game development. While little in terms of high profile news and releases have been officially devulged, such as a revival of Castlevania, news of two Silent Hill games have been reportedly in the works, as well as sources indicating a Metal Gear Solid project likely happening.

Not to mention a revival of a long dormant IP in a GetsuFumaDen sequel, GetsuFumaDen: Undying Moon, a stylish and intense search action game released in February of 2022. They're also returning to the realm of space shooters with the upcoming CYGNI: All Guns Blazing, seemingly an homage to the brand's SHMUPs.

The re-release of a very beloved IP in Suikoden is an indicator that Konami is earnest about listening. Suikoden I & II: Gate Rune And Dunan Unification Wars will be released in 2023 for the Xbox One, PlayStation 4, Nintendo Switch, and Steam.