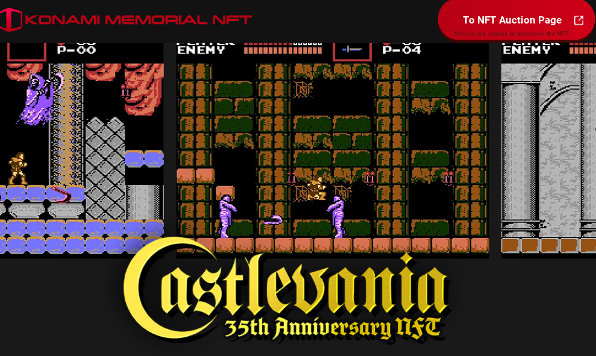 The 35th Anniversary of Castlevania is being celebrated and commemorated in the form of memorial NFTs (non fungible tokens). It would have been nice to possibly announce, or at least tease, hints of a new mainline entry in the vampire slaying series (it's been 8 years since Castlevania: Lords of Shadow 2). As mentioned in an article published earlier regarding Square Enix's views on NFTs, this is something that isn't going away any time soon, and more game companies are eager to join in. On the site are audio clips and images you can place bids on January 12-14 at 5pm (US EST) to 7pm. 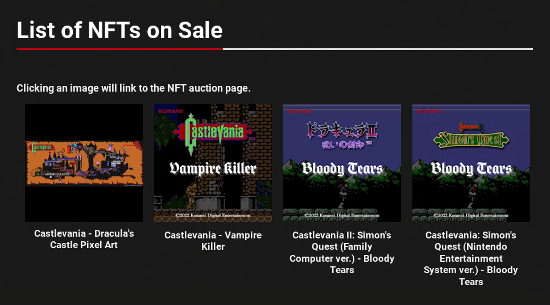 Those who have purchased this NFT from the "KONAMI MEMORIAL NFT" account will have their nick-name displayed on our website (https://www.konami.com/games/memorial-nft/) from mid February 2022 to December 31,2022(this period may be changed or extended).

It's pretty cynical, but not all that surprising game companies will pounce on an opportunity to line their pockets a little more through NFTs and blockchain technology, regardless if its emissions are harmful to the environment, as digital currency mining spends a great deal of energy. Suffice to say, this is not the announcement people expected to hear from Konami, who were reportedly working on projects and were gearing up for reveals after pulling out of 2021's digital E3 event.

At leastGetsu Fuma Den is scheduled for a 2022 release.