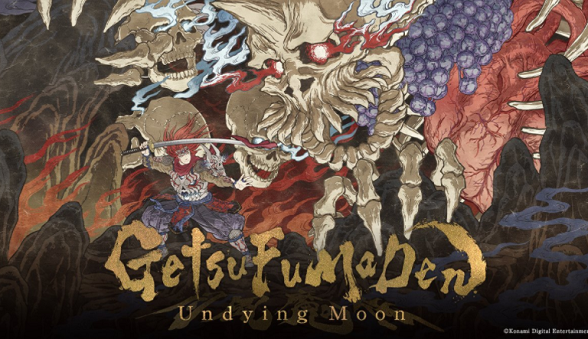 Konami has reached far back into the obscure recesses of their intellectual properties to resurface a title that was highly praised, but never received an international release. Getsu Fuma Den: Undying Moon isn't a reboot of the series, but a sequel to the original. Undying Moon aims to place great emphasis on well-timed and strategic combat variables based on Japanese marital arts for an immersive challenge.

Revealed during Nintendo's IndieWorld presentation, Konami plans for this roguevania to usher in a new direction for Konami's game development. In an interview with Inverse, Konami producer Shin Murato spoke about Undying Moon and the company's plans to become more open to fan and community feedback.

"We are always learning from past experiences with our development process. For GetsuFumaDen: Undying Moon, we are trying something new for Konami. That is entering the game into Early Access and really working in partnership with the community to provide feedback and help us create the best game possible. We’re excited to begin this process and closely collaborate with the community." Inspired by the success of games like Dead Cells, the company that has been known for their explorative Castlevania games produced by Koji Igarashi, it's very encouraging to see Konami return to the genre with 2020's Skelattack. This follows rumors of Konami's game division being shut down, which they addressed by stating they wanted to get back into manufacturing video games, be it in-house, outsourcing development, or through their partnership to spotlight more independent game producers. With a showcase planned for E3 2021's digital event, Konami can aim to prove they can head a resurgence.

Getsu Fuma Den was originally released for the Famicom in 1987 and saw rereleases on the Wii and Wii U Virtual Console, 3DS, and I-revo in Japan only. Undying Moon has a scheduled release for 2022 for the Nintendo Switch and Steam.