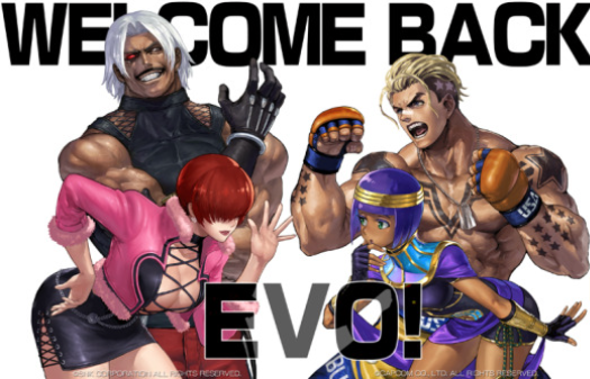 Back in 1999, fighting game fans saw a collaboration between two franchises that many dreamed would never happen. Capcom vs SNK: Match Of The Millenium combined signature characters from each respective brand's rosters in a series of games that served as a love letter for sprite-based 2D fighters. For 20 years, there was silence. Capcom would incur consolidation issues in a rapidly changing market and SNK's financial woes and gross mismanagement throughout the early and mid-2000's nearly saw the company wiped from existence.

Recent developments indicate that producers from both companies have expressed interest in possibly reviving the spin-off crossover. According to a report from VideoGamesChronicle, SNK producer Yasuyuki Oda, when asked about creating a new SNK vs Capcom game, he expressed that both parties were enthusiastic regarding the concept.

“Definitely in the future", Oda replied. "That’s something that I think everybody on all sides, in both parties, are interested in making a reality. Especially after we saw the reaction to the [Evo posters]… it helped us reconfirm that that is probably one of the most wanted things from the fighting game community across the entire world.”

“We haven’t really talked in detail with anybody at Capcom about it", Oda answered, when asked if specific plans were put in place. "It might have come up as a vague comment. However, we have a lot of experience [in crossovers] with things like Akuma and Geese in Tekken, Terry [Bogard] in Fighting EX Layer, Terry in Smash Bros., and Baiken in Samurai Showdown…

But recently, we haven’t actually done anything with Capcom, even on character collaboration stuff. So that poster [at Evo], in our sense, was the first step towards maybe something like that happening in the future.”

【EVO2022 SNK x Capcom】
After more than a decade, SNK and Capcom are back for two collaborative posters from the legendary illustrators Eisuke Ogura and Shinkiro!

The last game the companies worked on together was SNK vs Capcom: SvC Chaos, developed by SNK's previous incarnation Playmore. Capcom was less than pleased with its reception, and any talks of another collaboration remained dormant. Similarly, a follow-up to Street Fighter X Tekken produced by Namco at the time was on an indefinite hold. 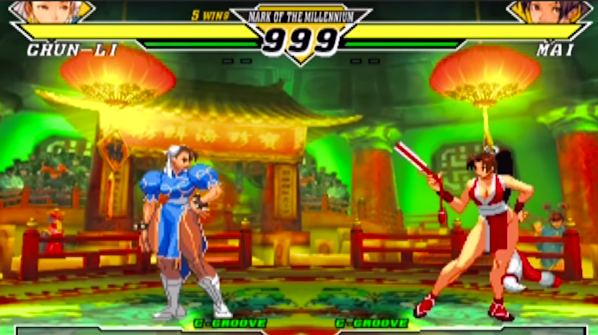 These crossover projects may have remained on hold at the behest of former Street Fighter producer Yoshinori Ono, who departed Capcom in 2020. With Ono gone, it can be lead to believe talks of working with other fighting game companies could be back on the books, with Takayuki Nakayama as head director for Street Fighter. The companies recently joined for a special Street Fighter V character event for Net Marble's mobile game King of Fighters All-Stars.

Under Oda's leadership, SNK has worked hard to re-establish itself from multiple bankruptcies to see the recent releases of 2019's Samurai Shodown and King Of Fighters XV become solid global successes with overall positive critical reception. The brand has also expressed interest in developing and publishing new entries in their franchises, such as a recently announced sequel to Garou: Mark of the Wolves, which was the last entry in the Fatal Fury franchise. Metal Slug Tactics, a turn-based strategy RPG, has been delayed to 2023.

Capcom Vs SNK 2: Mark Of The Millenium is widely considered the greatest sprite-based 2D fighting game, praised for its flexibility, gameplay depth, and visuals. It was a swan song for the style, as 3D fighters were becoming more appealing. This would mark a shift in the industry, as arcades were phasing in popularity in the United States. To this day, online and in-person tournaments are held for Capcom Vs SNK 2, as generations of yesteryear and top pro players like Justin Wong and SMUG continue to play it via stream.