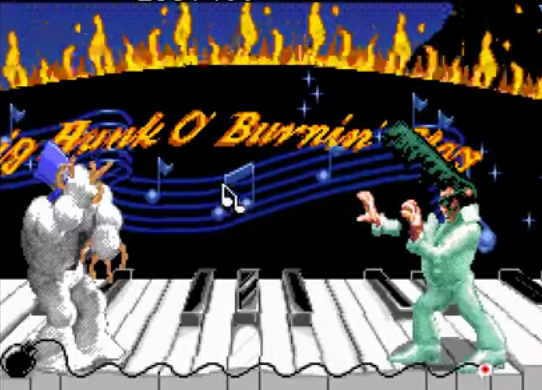 Time to take another trip into the golden age of fighting games, more specifically that period where the influence of Street Fighter II's success lead to a long line of inspirations, imitations, and complete gameplay knockoffs. While games like Fatal Fury and Fighters Destiny established their own philosophy, some games just hoped to copy/paste the control scheme and slap a gimmick over it. Clayfighter, a series whose popularity is simultaneously higher than it should be and also merely a footnote in the death battle of 2D fighter supremacy, hoped to get by on just being silly with no heart. I guess it's supposed to be ironically funny, as it's a Street Fighter II parody. 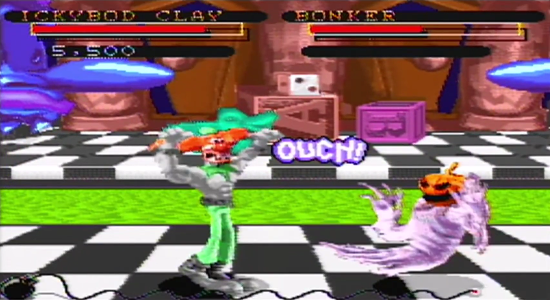 Developed in 1993 by Visual Concepts and published by Interplay, Clayfighter was released for the Super Nintendo, and a year later would be a Sega Mega Drive port. Following with the spoofing of Street Fighter II and its constant repackaged follow-ups of the arcade game, it would later release its own "Tournament Edition", so if anyone was hungry for essentially Clayfighter Turbo...well, there you go. Seems like a strange flex, if the characters were goofy mock-up parodies of Capcom's characters, it would be a little more on the nose. As far as Clayfighters' "humor" on its own terms, the joke fell flat on me as a kid, and even more as an adult. Ichabod Crane? A fat Viking opera singer? A literal ball of clay? Can someone explain to me why there were so many goddamn Elvis parodies throughout the 90's? I wasn't born when Elvis was even in his declining years, I have no connection to this musical icon, yet video games and cartoons SWEAR this joke would never get old. What am I supposed to laugh at with this??! Unless punny names are the zenith of your comedy, however... 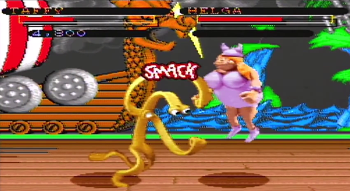 Since the humor is tied to the characters, here's a more thorough rundown:

Bad Mr. Frosty, a violent snowman, and probably Clayfighter's de facto mascot and a play on...do I even need to say it?

Taffy, a stretchy piece of candy.

The Blob, a wad of clay that makes funny shapes.

Helga, the large opera-singing lady (it's not over till the fat lady sings, ya know, that old chestnut of a colloquialism?)

Ikybod Clay, a pumpkin-headed ghost and a play on Sleepy Hollow.

Bonker, a clown with pie-throwing gags. Are you laughing yet!?

Blue-Suede Goo, the aforementioned Elvis parody. I'll admit, I like the name, but still a fairly overplayed concept.

I'm not even going to waste any time on the final boss, the cleverly named N. BOSS. I'm going to need surgery to reattach my sides, which have split so far from all the guffawing, they've ended up in different time zones. Snuff films have more jocularity. 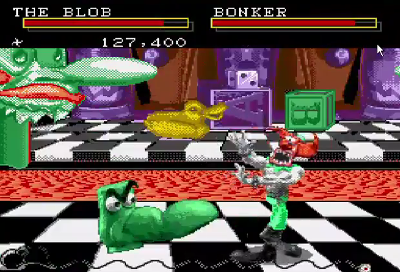 At the very least, the graphics aren't too bad. Like Primal Rage, I do have a soft spot for stop-motion animation, so one of Clayfighter's strengths is the pain-staking production. On the SNES, it boasts more vibrant colors and detail, while the Drive version moves a little faster. And the stages are indicative of the fighters, and boast an interesting aesthetic. I suppose the music can be considered whimsical. 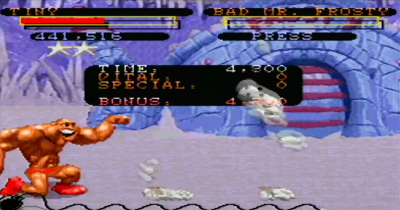 Clayfighter practically emulates the control scheme of Street Fighter II, so just start warming up all of your charge motions, quarter-circle forward inputs, and you're pretty much good to go. The execution isn't nearly as crisp, some moves feel flat out clumsy, and have inconsistent hit boxes and start-up frames. It also doesn't help that Clayfighter is as slow as continental drift. The visual gags only do so much to take your mind off the insanely vanilla gameplay, which at best can be described as charmingly stupid. Very much like Mortal Kombat (with me, anyway), once I've gotten what I can out of Clayfighter's gimmick, the game is virtually useless. 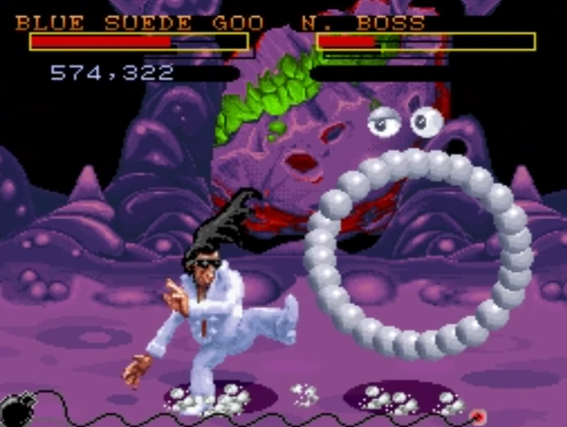 Clayfighter sucks. Whatever cutesy appeal and charm it's going for wanes thin, even by the time of its release. Things like Earthworm Jim and Boogerman are better at capturing humor of the era, hell even Super Alfred Chicken gets chuckles out of me. The special moves are whack, the controls feel like someone spilled Hungry Jack syrup all over it and it got all gummy. The graphics are cool, and that's the most positive thing I can say about the game.

The roster irritates me, none of the characters are "funny", it's the kind of comedy an intermediate school assembly play would perform, hoping the kids are dumb enough to laugh at generic silly. Why petitions were out there to bring this franchise back eludes me. Clayfighter deserves its place in the wasteland of dead 90's fighting games. Just because something is nostalgic doesn't mean it's good.