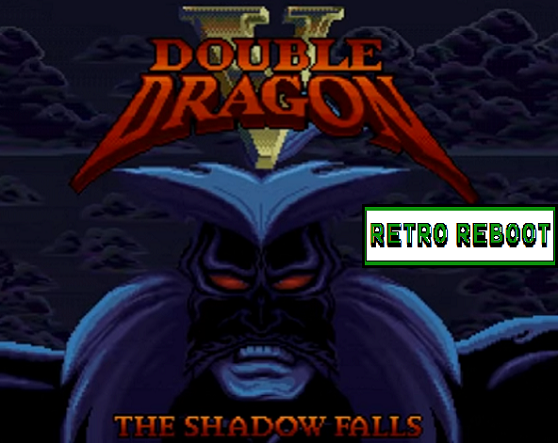 Well, it had to happen. The 80's were over, and Double Dragon was becoming that uncle that the nephews and nieces thought was cool, only to witness his feeble descent into a predictable, washed-up derelict can't stop reminiscing about the good old days once the 90's rolled about. You now realize that a worthless carcass is just sleeping on your living room couch watching Lethal Weapon all day.

"Go home. Your stories about being in the air force aren't impressive anymore. And no, you can't borrow $55 dollars." 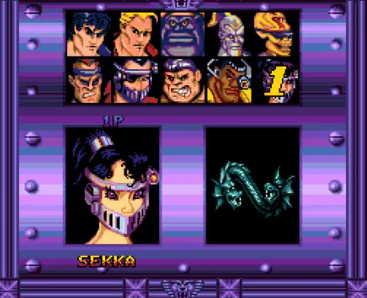 As big a fan as I am of the franchise (it's well documented in my reviews of Super Double Dragon, NES Double Dragon, and Double Dragon III, the beginning of the end, I feel), it was clear that the grandfather of the brawler genre had run out of things to say. Its parent company Technos Japan started to fall on difficult times, and the Lee brothers started to fade as relevant fixtures in gaming. And one of the final games in the franchise for many years would be a pathetic attempt at a fighting game, Double Dragon V: The Shadow Falls.

Developed by Leland Interactive Media (a company not known for much beyond a sequel to the widely successful Dragon's Lair arcade game), The Shadow Falls is based on the rather mid tier 1993 Double Dragon animated series from DIC Entertainment. I've seen worse cartoons, but the show embodied a lot of things that were annoying about the 90's; a callous product designed to coin a toyline. Very little about it had anything to do with the game, even signature enemies like Abobo and Linda Lash were absent. 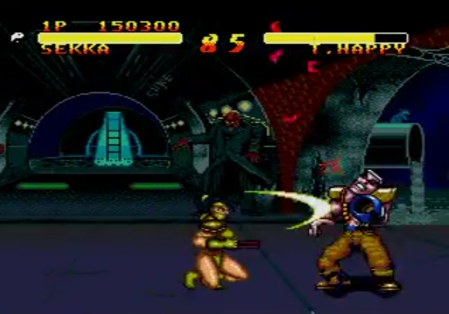 Damn it, I keep derailing myself. Shadow Falls is a very shameless Street Fighter II rip-off that follows most fighting game templates by this point in time. 3 standard punch buttons and three kicks, best of three rounds. It was released for the Mega Drive, SNES, and Atari Jaguar home consoles. All three ports seem mostly the same, though reviewers at the time completely dragged the Jaguar version for not looking any more advanced than the 16-bit counterparts. I need to get my hands on a Jaguar, there's so much I want to say about that console. 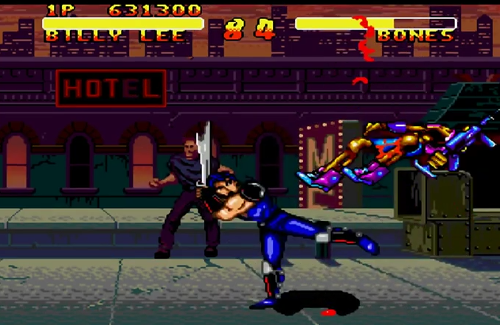 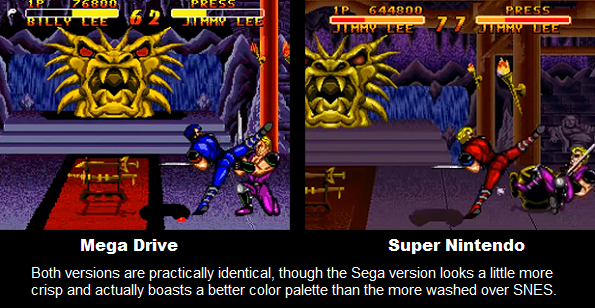 The graphics are fine, the likeness to the animated series is well done. They're sizable sprites, even if their animations are rather stiff. Like other mid-90's fighting games, Double Dragon earns itself a MA-13 rating because it has ewey-gooey BLOOD. Unintentional hilariousness ensues when Bones, a skeleton, spews the red stuff everywhere after getting hit. Not a lot happening with the backgrounds, it's very static and bland. Even the special moves lack flair, and look like attacks you've seen in the previously mentioned Capcom fighter. And its emphasis on being more violent with its cartoon visuals just ends up being misplaced. While being controversial garnered attention, simply being bloody isn't a draw. 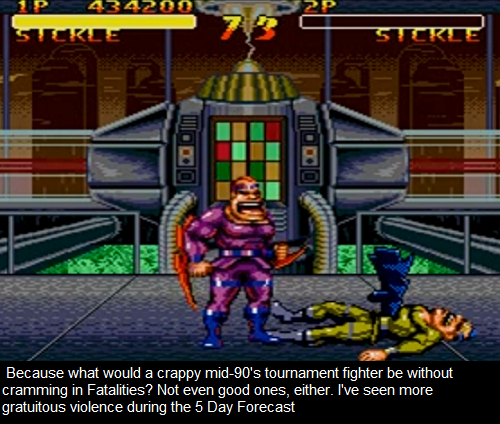 While the controls aren't bad in the Karate Champ or BALLz way, it feels like it takes some futzing around with the controls to get attacks to do what you want them to. The jumping feels unnatural, and likewise, anti-airing comes off very imprecise. More often than not, matches resort to mashing buttons and you can easily win. 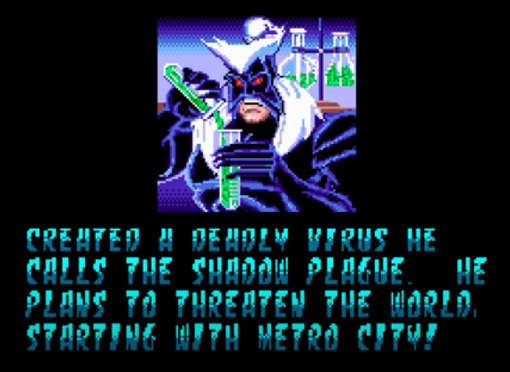 I hate these characters, because despite being as one-note and gimmicky as they are with their stupid weapons, even their special attacks are devoid of personality. Performing them is horrible, their animations are as enthralling as reading nutrition facts on a pack of Fig Newtons. Jawbreaker, for instance, practices the art of "Chew Zit-Su". I love puns and dad jokes, but even stuff like this makes me want to run towards the most adorable creature on the planet and rip its guts out.

Even its name gets under my skin. Labeling it "Double Dragon V" implies that it has something to do with the previous games in the series, and that couldn't be any further from fact. The Shadow Falls is the name of the very first episode. The Quest Mode is a single player story feature where you go through the game as Billy or Jimmy. this mode has limited continues, which is an easy way to put a fighting game on my bad side. The difficulty swings from either super easy to the CPU attempting to spam projectiles, and the static cut sequences are barely worth it. Track down the Double Dragon fighting game from Neo Geo that's based on the movie, it's genuinely better than this garbage. 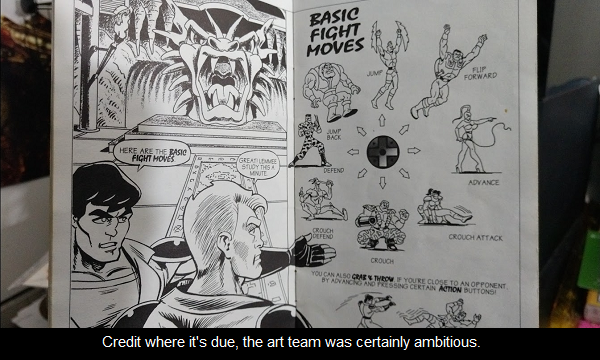