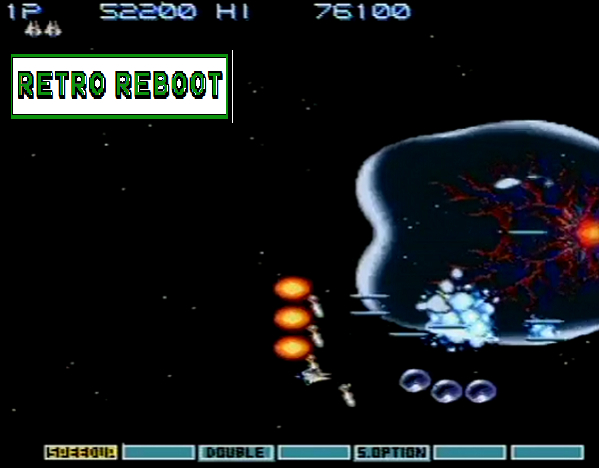 What would this time of year be without bringing a touch of SHMUPtember back? Okay, technically I've lost track of time and didn't prepare properly, but digress. Gradius III is a game still worth talking about, especially as Konami is preparing to launch (pun intended) a new space shooter from producer Keelworks, CYNGNI: All Guns Blazing, in 2023. Between that, and Radiant Silvergun being in the news lately, this genre remains amazing. But can I have a Gradius collection, Konami? 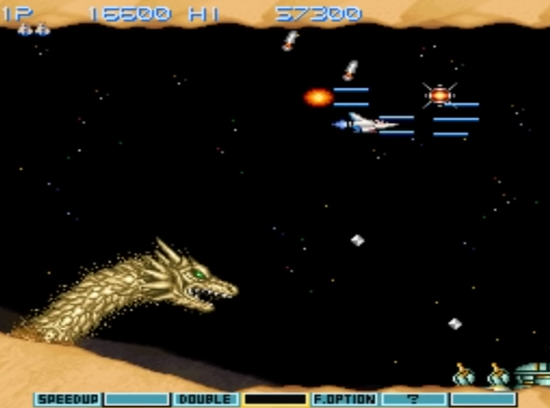 Initially released in arcades in 1989, Gradius III would be later ported to the Super Nintendo in 1991, serving as a launch title in 1991. Having loved Life Force/Salamander and Gradius on the NES so much, I was ectatic to finally own this one as a kid, even begging my younger brother for this to be the Super Nintendo game we buy for that month at Toys R' Us.

Having gotten older and branched out my game experiences, aspects of the Super Nintendo haven't aged well compared to the Mega Drive, especially with SHMUPs. Gradius III is a little chunky around the edges, but it's one of the SNES's better side-scrolling space shooters. Probably considered the "old man's SHMUP" by this point, Gradius III retains some of the punch of its arcade counterpart, and for an early Super Nintendo title, it certainly was a 16-bit spectacle. Christ on toast, it's plagued with some awful slow-down and lag. Taito's Darius Twin may have gotten lambasted for being a gimpy game in the series, but it at least ran smoothly. Gradius III feels incredibly overclocked, and so much stuff gets cluttered on the screen, it's surprising the SNES doesn't alert OnStar for roadside repair (that joke is going to age poorly). 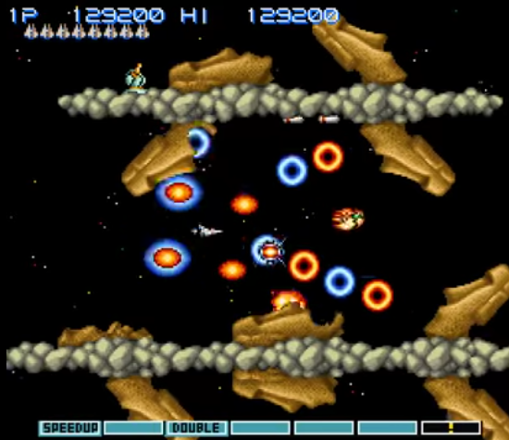 The jump to more powerful hardware meant that anything with large sprites was going to be impressive back in the 90's. "Better graphics" was the original brain-dead opinion of a game being better. Gradius III had great looking and unique stages, packed with many signature Bacterian enemies that want to see Vic Viper destroyed, such as Moi Statue Heads, the Rugal and Foss ships, and Cyber Brains. Like most space shooter franchises, there's always a unique blend of organic and technological creatures. While I like the Bydo in R-Type a little more, Gradius' baddies are probably more iconic. 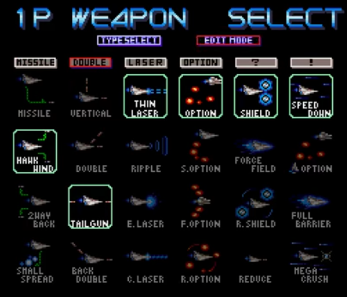 Gradius III is a pretty tough nut to crack. If you were more familiar with Life Force coming into this one, the instant respawns are gone, and you return to the previous checkpoint. This gets grating once you hit the later stages, as there's a ton of projectiles being thrown at you. It's not quite bullet-hell, but it gets very close.

I've always loved the Weapon Select feature for Gradius III, there's presets and then there's a fairly customizable loadout mode that opens up some fun combos. My long-time favorite variation of the laser has been Ripple, but the Twin Laser can sometimes glitch through enemy defenses, so when I go for a fastest time, I generally run with that to clear the early portions. Gradius III can be intense, but it also might be a little too methodical for its own good. 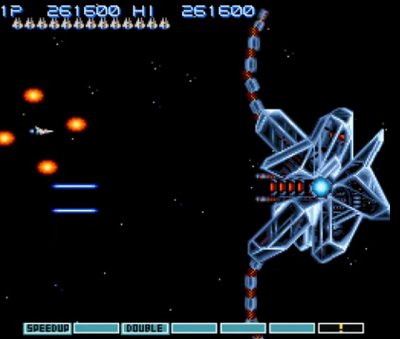 The music for Gradius III is among some of my favorite Konami Kukeiha Club tunes, even if it isn't as good as the arcade. This is another case where the sound processor for the SNES is just missing that certain punch that consoles like the Mega Drive and the TurboGrafx-16 that keeps a composition from being truly great.

It's fallen a little bit on my chart of all-time retro shooters, but Gradius III might be more a sentimental appreciation for me. It's got quite a few stages, there's a ton of bosses, it controls well, and has some very memorable tunes. It's held back by just being rather sluggish in execution compared to Arrow Flash and R-Type. Since the arcade version is available, it's probably more satisfying to enjoy that one.