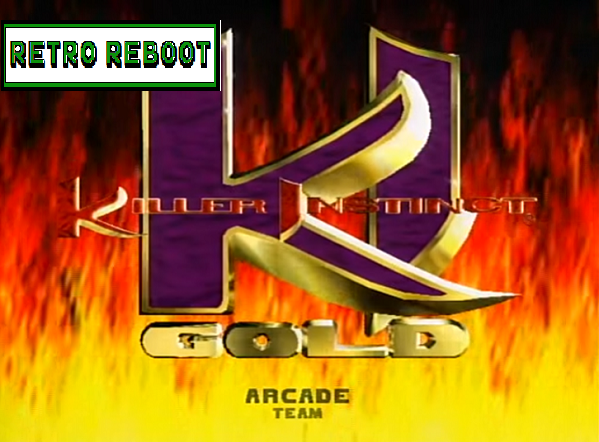 Killer Instinct has always been an interesting series. For a fighting game franchise so beloved, it only has three major entries as of this writing, with scant home ports. Way back when I did one of my early Retro Reboot Vs. series, I put the Super Nintendo port of Killer Instinct up against the giant that wa..., and I feel that while the SNES is unable to bring the visual marvel that Killer Instinct was, Rare's fighter offers a little more sizzle to that steak. A few years later, Killer Instinct 2 would make its way to the Nintendo 64, and while it's solid, it's once again held back by technical limitations that doesn't do the arcade version justice.

To be fair, I'm being incredibly picky about that, because it's really only something that hinders the visual presentation. But it's such a loss, Killer Instinct 2's CGI cut sequences are absolutely metal. The Nintendo 64 clearly can't replicate this, so it's once again a spirited effort, but this was that awkward period where the N64 sticking with carts comes back to haunt it. Animation sequences were replaced with static pictures. 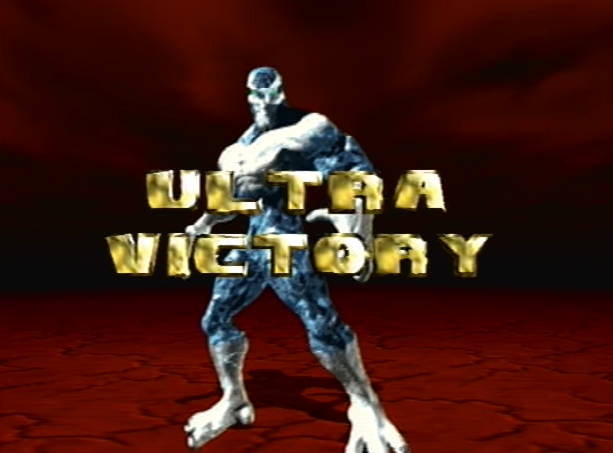 It's not that the home port looks awful. A side-by-side still-shot, there's little difference, and like the SNES predecessor, it's respectable and retains a decent bit of detail. The noticeable lack of animation frames becomes very apparent. Instead of using scaling and model distortion, the stages are fully rendered in 3D to try and mimic the illusion, a trick used to boost the visual effect for Donkey Kong Country. 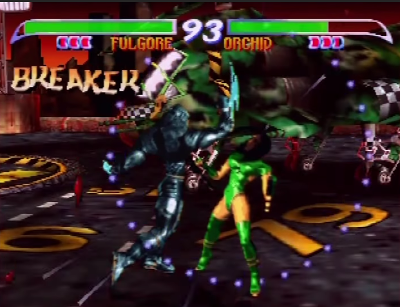 Graphics aside, this updated version of KI2 dubbed Killer Instinct Gold is still a beast of a title, especially on a platform that lacked fighting games behind the PlayStation and Sega Saturn. Many extras, such as faster game modes, blood level adjustments, a Team Battle mode, Training (and ADVANCED TRAINING, fairly revolutionary for its time), and a code to make the boss Gargos playable. This is a fairly meaty offering for a home port and you did get your money's worth.

The gameplay and round structure Killer Instinct is known for returns, no real breaks in between rounds, and the ability to finish off opponents with Ultra combos Fatalities, and Ultimate finishing moves. The latter, NetherRealm Studios would eventually emulate for the modern Mortal Kombat games, getting started with the Brutalities in MK Trilogy. 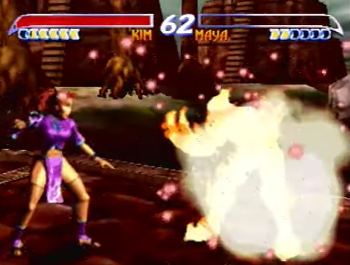 Killer Instinct Gold follows up on the first game's combo system with bigger hit totals that are easier to access. Juggling feels a little easier, and chaining the special moves to link with normals is fluid. One of the cooler things about Killer Instinct is many special moves take on different properties, or will turn into different move mid-combo, that's always been a nice touch. Some characters like Sabrewulf, without having to charge his moves, feels like a combo machine, Jago is quick, and has some deadly set-ups. 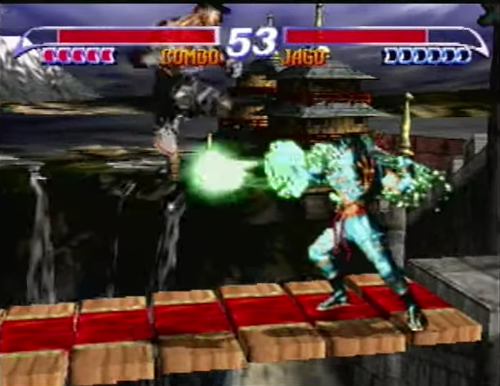 Then there's the new characters. While Cinder, Riptor, and Chief Thunder take a step back, newcomers Maya, Tusk, and Ki Wu join the fray with new fighting styles. They mesh with the returning cast like peaches and cream. With Jago, Orchid, TJ Combo, Glacius, Fulgore, Sabrewulf, and Spinal, this brings the roster count to 10 (11, if you include Gargos), matching the first game's playable character options.

By 1996 standards, it's a reasonable roster size, and since everyone boasts a different style of play, along with Killer Instinct's flashy combos and variables, counter attacks, there's lots of reasons to keep playing. How big can you get an Ultra Combo to go? Can you pull off an Ultimate fatality on your opponent, adding even more insult to injury? Speaking of, Killer Instinct's finishing moves can be performed on an opponent when their life bar is flashing red.

These are reasons by the mid 90's I preferred playing this over Mortal Kombat 3, which was starting to become a little...silly, now that the luster of basing your franchise off gory violence wasn't enough to sustain interest. Even their "dial-a-combo" chains never felt that fun to execute, meanwhile Killer Instinct's Combo Breaker means if you get too repetitive, your chain is getting interrupted. I've heard KI and its combo system described as gimmicky in the past, but it can be played conventional as well. Being a combo whiz is merely a fun way to play it. Adequate defense and solid fundamentals can still get you by. 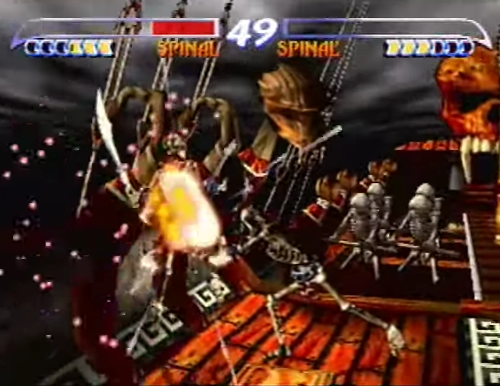 Killer Instinct Gold may have been a commercial flop (likely due to the rather paltry numbers the Nintendo 64 did, compared to the beast the PS1 was around this time) that put the franchise on ice for nearly 20 years, but its fast-paced combo style, kick-ass music, and stylish characters makes it one of the more fun retro fighters to revisit. It's surprising how well the game has aged, I like to break it out and practice every now and then, as it's still one of my favorite N64 titles.