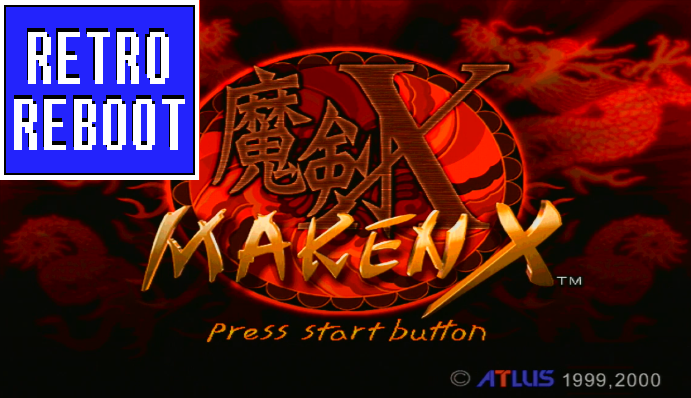 Halloween is this Saturday, it would only be fitting that I cover a game that focuses on global annihilation. But not just any kind. How's about one where the fate of planet Earth is left completely up to the player? Maken X comes from parts of the production staff that has worked on the Shin Megami Tensei and Persona series. This was back before the Persona series became a more approachable and casually friendly weeb-fest, so story elements were more macabre and raw. Instead of a group of pretty teenagers, wanna play as a sentient sword with a moral compass? 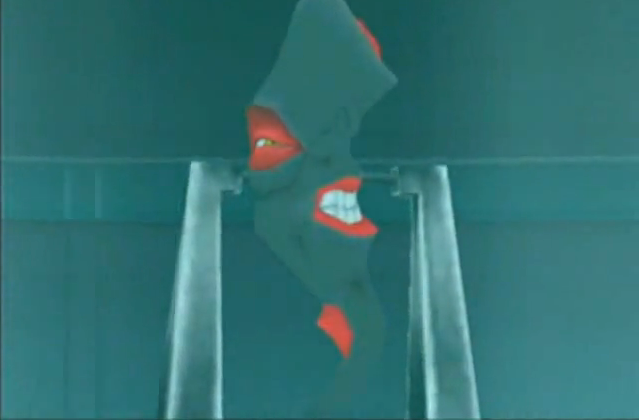 Developed by Atlus and released in the United States in 2000 for the Sega Dreamcast, Maken X is a first person hack-n-slasher. This is Maken, a sentient, artificial life form created by (who else?) mad scientists to use as a weapon. Maken is the main character you control and through the use of a technique called Brainjacking, you can possess a warrior or person of your choosing, and take command of that person’s body. Kay Sagami, the central character whom Maken’s mind is joined with, acts as a vessel, and is the sword’s only insight into humanity. Kay’s father, the lead scientist responsible for the creation of Maken, has been taken by sinister monsters known as Hakke and it is up to you to bring rescue his soul from certain doom, as well as stopping a psycho cult from world domination. 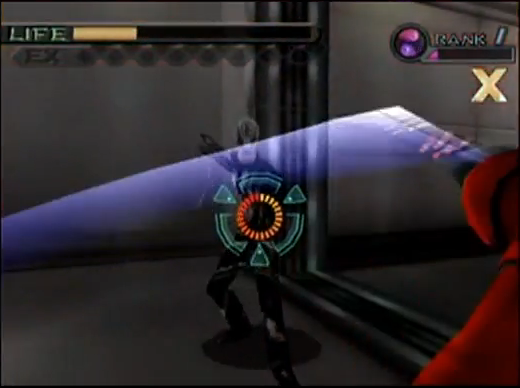 The game’s fluid animation is probably the strongest plus from a presentation point of view. It moves pretty smoothly, but every so often when the screen gets cluttered with action, it experiences some slowdown. The enemies all look like incredibly bizarre humanoids and they move around like such, which another tip of the hat I give to Atlus. Their creature designs are the stuff of nightmares. Most of them with obscure faces and mangled appendages, completely void of any kind of reason or understanding. Atlus’ bestiary is like what would happen if Silent Hill and H.P. Lovecraft co-designed a Monster Manual. 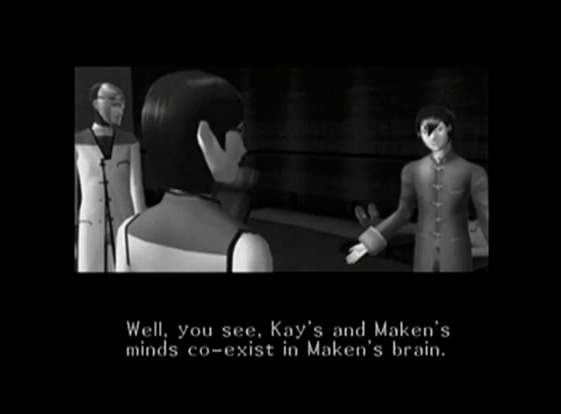 There is a degree of detail missing, as some of the textures in stages can be kind of muddy and disorienting, which really hurts for some stages that have branching paths to access certain forks in the story, depending on which path you choose. You are never really sure the first time playing through a stage that you missed a secret door because they are never particularly indicated that they can open, so I often found myself butting into walls, seeing which doors opened or not. The character models are not really that impressive and don’t push the power of the Dreamcast to any real limits. Lip synching is pretty bad as entire lines of dialogue will be spoken before a character’s mouth will move during cutscenes. 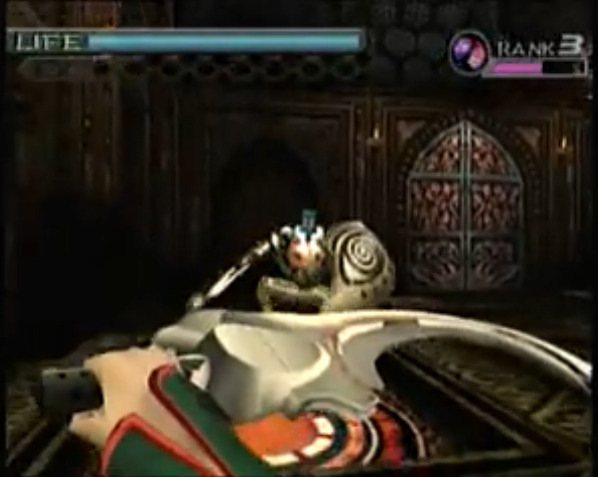 The voice acting is brutal. This was the dark ages of VA in video games, where they either got the ADR’s son and his friends who all took a non-credit course in stage acting at a community college to do the voices in Brave Fencer Musashi.  Maken X boasts some pretty forgettable tunes that sound like a Casio is having a seizure. The soundtrack throughout the gameplay sounds like it’s composed of mostly bridges and wavering key tones, it’s that hard to tell when the music loops.

Control-wise, Maken X could be a deal breaker. It does feel weird playing a first person action title without a second analog stick, and it took quite a while for me to get used to it. Thankfully, the game can be a bit merciful in this regard, since Maken X isn’t really all about high-octane action and precision is not particularly as important as in most FPAs today. Once you get over the initial awkwardness of the controller’s scheme, the simplicity of the controls are basic, yet they give you the prime tools needed. So as long as you find the easiest way to close the gap between you and the enemy, you’ll fare fine. You defend by pressing back, and you can immediately attack with a devastating counter strike that does massive damage. With a locked on enemy, you can move in close and leap over your opponent and attack them from the back for critical damage. 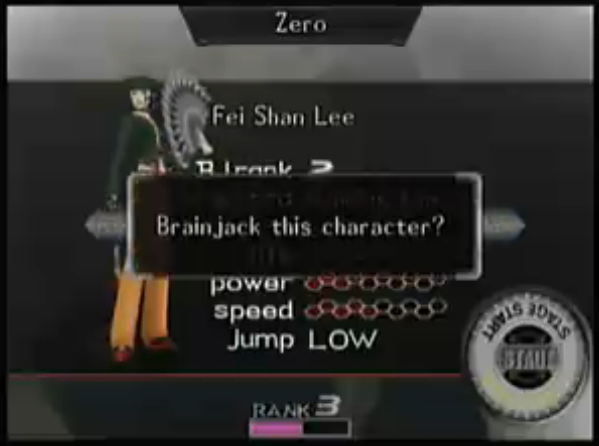 Brainjacking, as previously mentioned, allows you to take control of a different person, sometimes for storyline reasons, to aid you in your quest. Early on, you hijack the mind of a pilot to land a plane to your next destination, but since he’s not a warrior, he’s slow, weak and takes lots of damage. Strengths and weakness vary, as the number of people you brainjack increases. Tougher missions require stronger fighters if you follow the Blademasters storyline. Throughout the stages are Yin-yang icons that level up your rank, allowing you to brainjack higher leveled characters. I am a little disappointed that you can’t customize the attributes of a particular character that you may fancy, which is what I was expecting at first. As the game progresses, depending on which arc you follow, you will mostly wind up with a roster of lower level characters that will become useless in later stages, since they will be too weak to contribute, that is, unless you get really good at it.

What Maken X lacks in customizability and dated mechanics, it makes up for in high replay value to unlock various story branches and options. Certain bridges and paths are a bit ambiguous and it’s up to you to remember clues in dialogue to find out where to go, which can get annoying with constant backtracking. As a complete package, this game is a very bold, yet flawed effort to make a very unique gameplay experience.