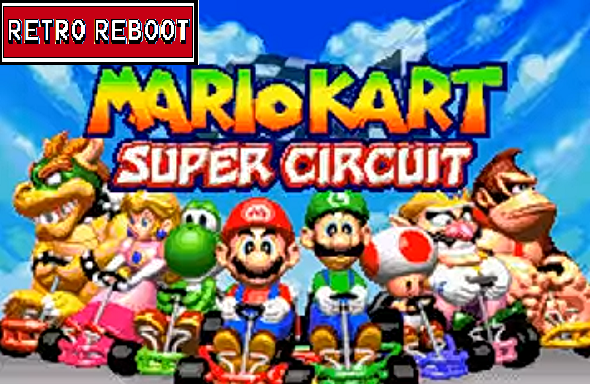 The original SNES Super Mario Kart game transcends spinoff and has become a series of its own, more of a celebration of what everyone loves about the Mario universe. It’s spawned almost every other platforming video game character to take that stab at making a kart racing game of their own, some delightful, yet grossly overlooked (like the N64’s Diddy Kong Racing), and others that are just barely short of a video game Chernobyl so damaging, those who played the game jabbed their eyes out with a rusted dinner fork in desperate attempts to unsee the seen.

I would’ve finished with the other eye, but I was called upstairs for dinner. Honestly, if you never played Sonic R and thought that Sonic 06 was the very worst it could get, in between this and Sonic 3D Blast, the original Sonic offed himself and the new, sleek Sonic was unveiled on the Dreamcast! Why do you think his eyes are a different color?

Released in August 2001 in North America, Mario Kart Super Circuit (I'm using my Gameboy Advance Player on my GameCube) is third entry in the series and feels like Kart 64 and the SNES title mashed together (the N64 character sprites are replicated reasonably well on the Advance, some frames of animation omitted of course). It's a little surprising that this was the only Mario Kart to ever hit the Gameboy line of Nintendo systems, and is the only Mario Kart game developed by Intelligent Systems. The Fire Emblem guys made a Mario game? Wacky. While it may seem like a downgrade from the textured world of Mario Kart 64’s courses, this game is packed with snarl and attitude that, honestly, the more modern Mario Kart games lack. 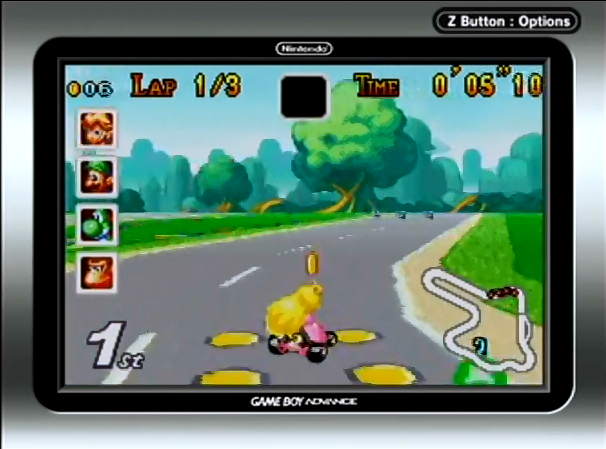 Super Circuit is bright and colorful, fast and fluid with little hiccups. The courses emulated the Mode 7-style illusion of 3D the SNES was known for, but more crisp. Some courses, like Cheese Land and Yoshi Desert, can be a tad bit disorienting with the palette and I would sometimes go careening into a trap or a bumping into a wall trying to target a shortcut. Background images like a glowing, tempering volcano and Boos floating around with candle holders in Ghost Valley courses are brilliant aesthetic touches that shows off the power of the Game Boy Advance.

I have never been a fan of the Mario characters talking. Since this inevitability, I’ve always cringed to have to hear “Here we go!!” or “Luigi time!!” or everyone’s favorite “Hi, I’m Daisy!!” Really? You’re Daisy? I was mistaken. I thought you were Samantha Mathis. Some of the voices, sounding slightly garbled, are sampled from the N64 game and slightly altered. 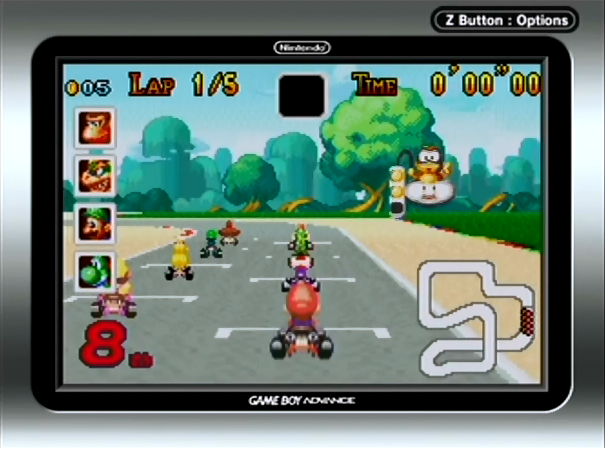 The music is great, not only do the Super Circuit original scores sound amazing, but the SNES courses are back with the original music intact, some even sounding like they some extra mixing, as I noticed some bass drops in the Mario Circuit score. I still totally love that Bowser theme. This might be a little nitpicky (What a shocker, coming from me…), but I have always been sad that individual character themes for winning a race has never come back since the first game. It added a little personal touch to the characters that left them feeling more defined by anything other than weight classes.

Circuit is silky smooth (blah, alliteration) and retains the tight controls from the SNES, putting some slight variations on weight classes. Only Mario and Luigi seem to be identical as the most balanced drivers, but Peach and Yoshi, who were equal, are slightly varied. Wario is lighter and handles better than the heavyweights, Donkey Kong and Bowser. 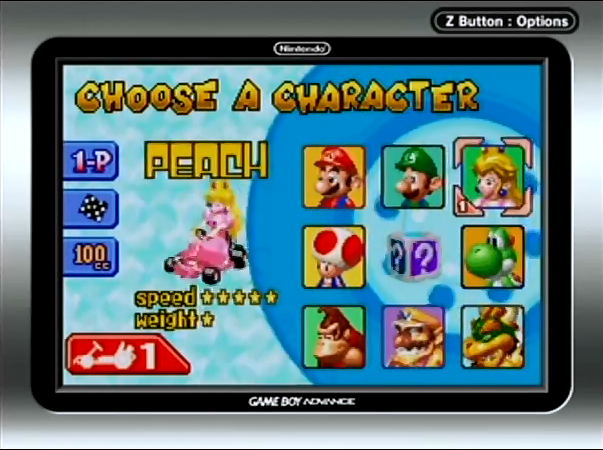 This was back before the weapons got completely out of hand, so it remains balanced with no new additions, and that great, as far as I’m concerned. The overabundance of the items in later Mario Kart games has turned the once challenge-oriented lottery pick acquisition system (1st place gets bananas and green shells/ 6th-8th star and occasional lightning bolt) into Twisted Metal. In Super Circuit, the CPU are solid, aggressive drivers. That’s the kind of challenge I wish Mario Kart would return to. No apologies, but 8 Deluxe feels like a tip-toe through the tulips compared to the beast that is Super Circuit. The HD courses are beautiful, but the lack of hairpin curves and racers trying to run you violently into obstacles really would up the ante. Speaking of courses, Ribbon Road can burn in hell! 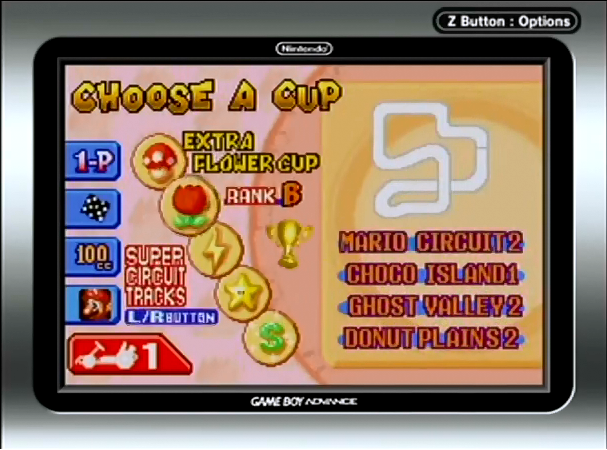 I feel this game contends with the recent Mario Karts, and in some ways is kind of better, at least better than Kart Wii and 8. The difficulty is much more primitive and satisfying than the rubber band position jockeying, mostly due to the overpowering weapons and crap just getting in front of you for the sake of doing it (like the cars in the Mall course on Wii. EEEAAARRGHH!!!!). The replay value is through the roof and the classic courses are a great jog down memory lane and it felt earned to unlock them. In my personal tier of Mario Kart games, Super Circuit is the second best, outclassing the original and jostling for position with the 64 version. This is the most overlooked entry in the series, and I seldom see it talked about.