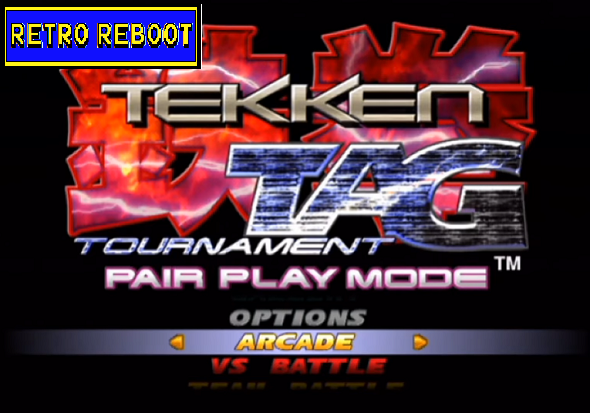 As someone that loves Virtua Fighter, I'm calling it what it is; the success of Tekken 2, followed several years later by Tekken 3's emergence, officially cemented it as the ideal 3D fighting game of the late 90's. It had a ton of extras, very memorable character designs, and a story that was rather polarizing for the time. Not very often where a mainline fighting game writes off a main character and they STAY dead. 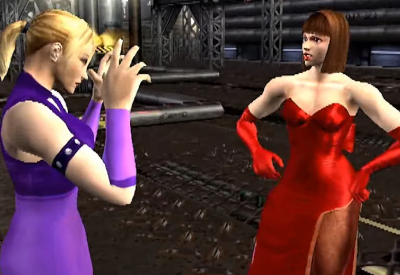 Jun Kazama, left alone by Kazuya Mishima to raise her son Jin, met her fate at the hands of the God of Fight. New protagonist Jin, trained by grandfather and old man who's allergic to dyning Heihachi Mishima, now fights for answers and to avenge his mother's death. This game was great, its home port had a large roster, a fantastic ton of extra unlockables, and fun as hell side modes, like Volleyball, and having the only truly playable Tekken Force beat'em up mode in the franchise thus far. 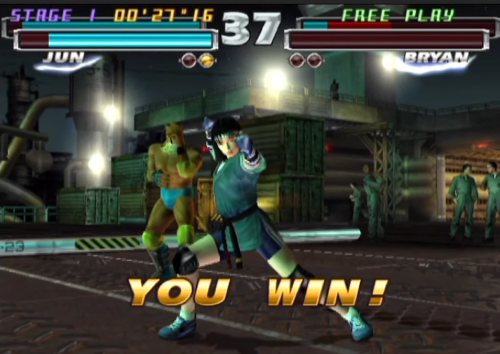 In late 1998 going into 99, some of the first few images of the PlayStation 2 began making the rounds. The publications began sharing some basic test images of the console's horsepower. Along with Gran Turismo 3 A-spec, one of the other earliest games that was being used as test footage was alpha builds of a project called Tekken Tag Tournament from Namco.

"Tag Tournament", you say? Capcom had lit the world on fire with X-Men vs Street Fighter, Marvel Super Heroes vs Street Fighter, and the criminally overlooked Rival Schools: United By Fate (that game ran ran way better than it had any right to), the field was having a blast with games that were reaching the pinnacle of the appeal of 2D fighting. A 3D fighter throwing its hat into the field? How will this concept be approached? Series director Katsuhiro Harada certainly was ahead of his time with knowing how to take some fascinating risks with his franchise 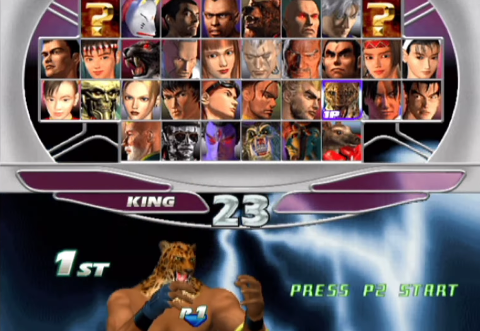 Tekken Tag Tournament was a 1999 arcade game, and an updated version to be a launch game for the PS2 in 2000. As it ran on the same engine Tekken 3 was developed, but ran significantly more powerful. Tag Tournament served as a graphical upgrade with a whopping 32 character roster. With 16 beginning at launch and the remainder to be unlocked via beating the arcade mode 16 more times. Heh, imagine a fighting game launching with only 16 playable characters You didn't need to do it with specific fighters, but doing so does provide you with 16-20 second "endings". 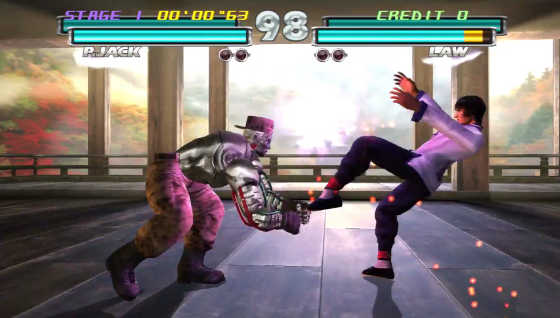 As aforementioned, since Tag Tournament is a facelift, the controls aren't changed from Tekken 3, so many of the core moves remain the same. Some of the cast who didn't make it into Tekken 3 (Bruce, Kunimitsu, Baek, for instance) return and have some additional moves and tweaks to their skill set to accommodate for the jump to a more 3D-based environment. The "Tag" feature works very on-the-fly, as your partner can swap immediately. Unlike the Capcom fighters, who each has their own life bar, you kind of share one here, and the round is scored when one character is knocked out. When sitting in reserve, your teammate can replenish some health, indicated by the red bar. If you pick characters that get along plot wise (like pairing Jin Kazama and Ling Xiaoyu, high school classmates and good friends), or share alliances, they can get a power boost if one or the other takes too much consecutive damage. There's also signature tag partner moves that can be performed (pair up King/Armor King and Nina & Anna Williams, for instance) that sells the gimmick. 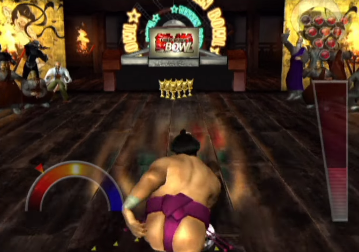 While TTT doesn't have the rich depth of bonuses the PlayStation version of Tekken 3 boasts, having the complete Tekken roster up to this point (the little dinosaur Gon notwithstanding, he was a guest character from the manga of the same name, created by Masashi Tanaka) in one game does feel very cool, and is a testament to how endearing this franchise had become by this point. Tekken Volleyball doesn't return, but in its place is Tekken Bowl, which is incredibly fun and arcadey enough to stand on its own. It's as fun to kill the time with as the SNK golf game, Neo Turf Masters. There may not be a Tekken Force, but that's alright, this is essentially a party game, and aspects of it still feel savvy. I'd say the brief end sequences, which are mostly played up for laughs, could be a little better, but it's incredibly minor in the grand scheme of things. 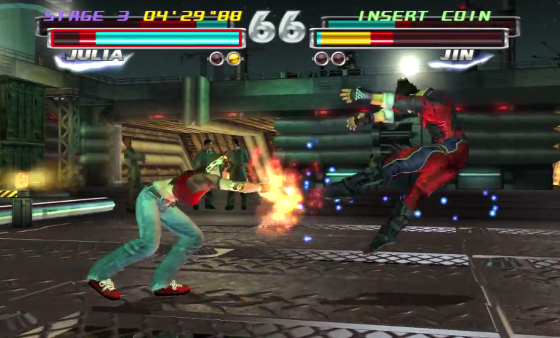 Even with several more games in the series, along with a Tag Tournament 2, the first Tekken Tag remains one of, if not, my favorite entry. Sure, Tekken 7 is savvy (save for the stupid ass Rage Arts) it's one me and my older brother will still go back and play this one on the PlayStation 2. It was probably the peak of my quasi-professional fighting game tenure. The Tag series is also the only time I'll get to play as Michelle Chang.