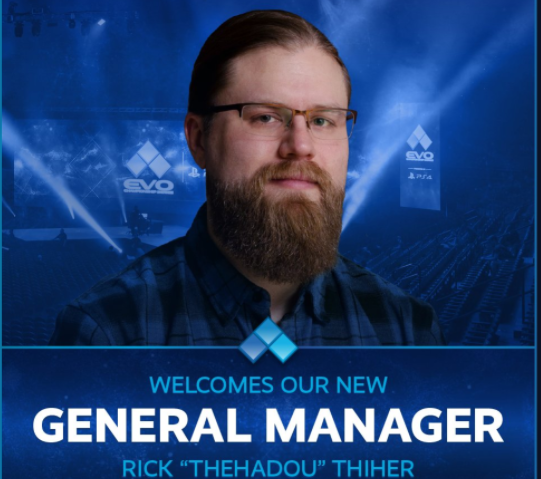 “We have full trust and faith in Rick to propel Evo even further as the premier fighting game tournament while remaining true to its roots,” said Steven Roberts, VP of Global Competitive Gaming for Sony Interactive Entertainment (SIE). “Together with RTS and our valued publishing partners, we are excited to add Rick to the team that is working to bring Evo 2022 to the FGC!"

The EVO tournament series has served as the largest venue for competitive fighting games for 25 years. The event has been a substantial platform over the decades for the biggest fighting games like Street Fighter, Tekken, and Mortal Kombat, as well as welcoming additions like Samurai Shodown, Dragonball FighterZ, Skullgirls, and Blazblue: Cross Tag Battle. Even Nintendo finally opened their doors for the Smash Bros. series with Super Smash Bros. Ultimate.

“The fighting game community has had an idyllic vision of what Evo could be. As part of Evo’s team, I’m looking forward to realizing that aspiration while delivering memorable experiences for our players and fans in the process,” Thiher spoke. “The fighting game genre has attracted new fans across generations. We want to continue celebrating that legacy through Evo by introducing our community to undiscovered audiences for generations to come."

2020 has been a rough year for the EVO scene. The spread of the Coronavirus shut down in-person events and tournaments for almost two years, leaving EVO to cancel back-to-back events. In early July, then CEO "Mr. Wizard" Joey Cellular had charges of sexual misconduct held against him, causing major publishers Capcom, NetherRealm Studios, Mane6, and Bandai Namco to pull from the event, even after Cellular was relieved of his duties.

EVO has recently been purchased in a joint venture by Sony Interactive Entertainment and Endeavor, a media and talent agency that works with the likes of the NHL, UFC, and ELeague. They announced recently that there's plans for EVO to return to its Las Vegas venue in 2022, hosting Street Fighter V: Champion Edition, Skullgirls: Second Encore, Mortal Kombat 11 Ultimate, Guilty Gear Strive, and Tekken 7.