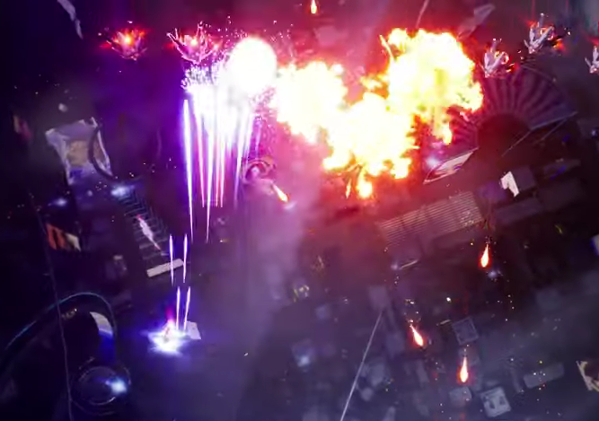 After almost a year since its first teaser trailer, Keelworks' CYGNI: All Guns Blazing was revealed, and during GamesCom 2022, a more robust showcasing of this beautiful overhead shooter was revealed, as well as available platforms.

While CYGNI will be the studio's debut game, the Scottish development team boasts a tremendous array of talent from various fields and corners of the world, including Pixar and Barajoun Entertainment. Publishing right will be courtesy of Konami, who has a rich history in the space shooter genre.

An unrelenting onslaught of eye-popping visuals, ear bursting soundscapes and mind-melting action makes CYGNI the vanguard for the next generation of shoot-em ups. Outgunned, outmanned and out on your own, plunge into a sky full of hell in a last-ditch battle for survival.

CYGNI: All Guns Blazing currently does not have a release date, and it is coming to current gen consoles only, adding it to list of titles that are bypassing adapting game to run on previous hardware.

CYGNI: All Guns Blazing will be available for the PlayStation 5, Xbox Series X|S, and PC (Steam)