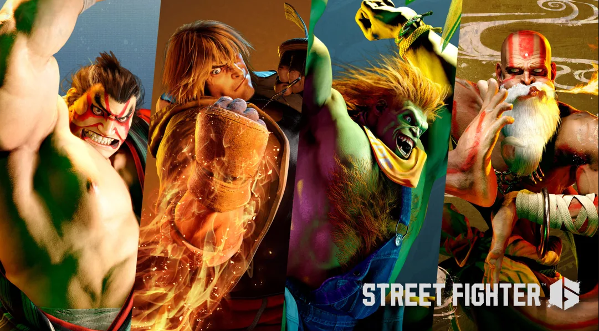 With less than a year way form its release, Some new information has been revealed in a new trailer from Capcom regarding Street Fighter 6. Specifically its very curious World Tour mode, which allows you to create your own martial artist and forge your own path for defining strength. Through your initial coach, Luke Sullivan (introduced in Street Fighter V) sends your customized warrior out in Metro City. Through various challenges and trials, you can meet legendary warriors to seek their guidance, make friendships, and raise the stakes of your skills.

The Battle Hub provides a layout where up to 100 people can communicate and join up to play classic Capcom games via the Game Center, very similar to Yakuza's arcade. Purchase goods to further flex the style of your World Warrior. If you aren't participating in a match, you are free to spectate.

The Event Counter appears to be a revolutionary means of tournament organization WITHIN the game. Check for scheduled events and take part in hosted tournaments. During the height of the coronavirus pandemic, online play became the dominant means of which competitive events were hosted. Online accessibility for fighting games will continue to play an important part in the genre.

It would be remiss to not mention returning faces of World Warriors Ken, E. Honda, Blanka, and Dhalsim. Art images of Stree Fighter 6's base roster had been leaked a few months back, and Ken's desheveled appearance drew considerable interest from the internet. Believed to be divorced and his family taken away from him by Eliza, the reality ends up being Ken framed by a criminal organization and has been regulated into hiding.

A closed beta has also been announced for October 7-10 on the Xbox Series X|S, PlayStation 5, and Steam, with crossplay enabled. 8 characters will be available to play, that's quite a bit for a beta. The modes available will be online matches and tournaments, Training Mode, Extreme Battle, and more to be named.