Switch Getting Biggest Game Of The Year?

The Nintendo Switch dominated most of 2017, in sales and in games. With a lot of developers jumping onto the Switch bandwagon, it only makes sense that some games that you wouldn't expect to make the jump, are. 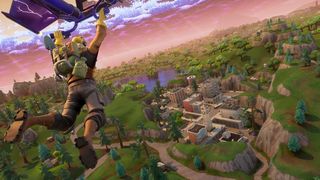 According to Marcus Sellars, a video game journalist, Epic is bringing over their battle royal game, Fortnite, to the Nintendo Switch. Slated for late 2018\early 2019. If true, this game could be huge on the Switch.

Marcus also hinted that Overwatch developers Blizzard is looking to port their action RPG game Diablo 3 to the Nintendo Switch early next year. The game, according to Marcus, is already in development and will implement local multiplayer through multiple Switch's.

With E3 right around the corner, I'm sure we will here something about both of these titles during the event.

What do you guys think? Is releasing Fortnite for the Switch a little too much? Its rumored to be coming out next year, could it be too late to gardener any attention?

Let us know in the comments below.