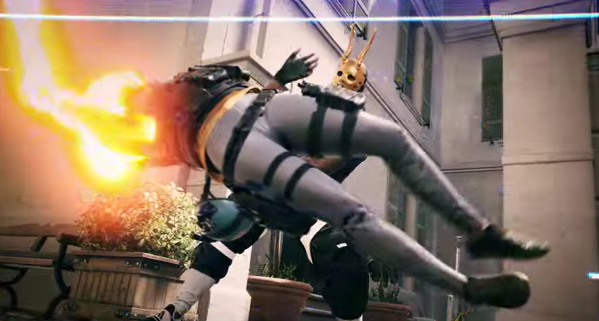 Players will have a chance to sign up for an upcoming beta for THE FINALS, a new fast-paced team shooter from Embark Studios. Embark, a new development team that is headed by ex-Electronic Arts Executive Vice President, Patrick Söderlund, who once oversaw DICE up until 2018, is also made up of previous employees of said studio, so their experience with the Battlefield series is brought over for the vision enstowed for THE FINALS.

If fans are old enough, they may remember Volition's Red Faction series (it's been featured on our Retro Reboot review section), one of the first games that featured an engine with fully destructable environments and locations. Very few games have tried to implement this since, and this could make the battles in THE FINALS very dynamic, as environments can be broken down, forged, and utilized to your advantage.

The game features 12 lobbies that have four teams of three. Based on the trailer, collecting coins, adding them to a box, and dropping them at designated locations appears to be the main objective. Defeated players become coins, meaning kills can possibly add to the total count at the end. Standard melee and long-range weapons appear to be available.

THE FINALS is accepting new contestants! That's right, soon the world could be plugging in to watch YOU battle it out in our newest dynamic arena. Sure, you can aim and shoot, but can you wield the very arena as your ultimate weapon? Burn arenas to the ground! Send wrecking balls crashing into your opponents! Don't just pull triggers - pull down buildings!

Still in the pre-alpha phase, Embark has offered an opportunity for players to join a playtest for THE FINALS on their Steam page, and a playable version will be made available once there is enough participants signed up.