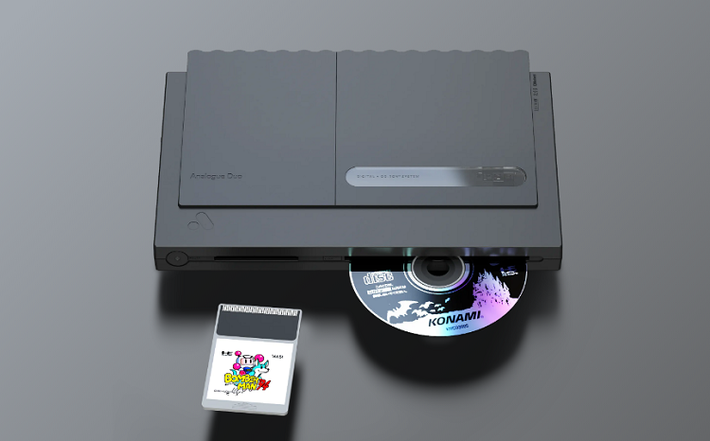 Earlier this year, Konami released the TurboGrafx-16 Mini, a very well manufactured compilation of the PC Engine's essential library. It was reviewed here on Game Fix a little more than a month ago. it had some shortcomings, but the positives put it in the upper tier of the mini classic consoles that have been released thus far.

American based hardware manufacturing company Analogue keyed in on the prospects of the TurboGrafx-16 Mini and presented what appears to be a real definitive all-purpose amalgamation of the PC Engine into one device called the Duo. The Analogue Duo is compatible with every NEC device; the TurboGrafx-16, PC Engine, SuperGrafx, Super Arcade CD, TurboGrafx CD, and the PC Engine CD-ROM2. The Duo Analogue is priding itself on not just relying on emulation software, but building a device that takes advantage of state-of-the-art hardware. Powering the console is Intel's Altera Cyclone V that runs on a 925 MHz, dual-core ARM* Cortex*-A9 MPCore* processor. Wireless controllers are powered by built-in Bluetooth or 2.4g, along with the option of wired connections. It can play both TurboChip HU game cards and CD-ROMs. The Duo is also capable of SD card firmware updating. Video output is said to be 1080p lag free with zero signal degradation.

BUT THAT ISN'T ALL! Along with the Duo is a handheld device called the Pocket, capable of playing the entire NEC library of games with similar specs as the system itself that boasts a 20 hour battery life. Both the pocket and the Duo are emulation free, these pieces of hardware are legitimately built from the ground up. 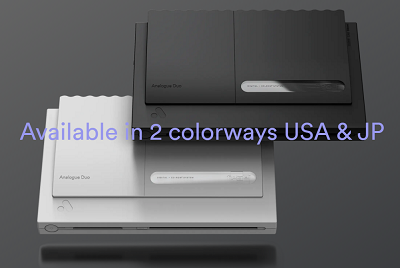 The cost for the Duo, which comes with one controller is only $199.99. The Pocket is $29.99. Considering the value you get for original hardware that is very difficult to replace or find in a reasonable condition, this is a fantastic means of preserving the TurboGrafx, PC Engine, SuperGrafx, and Turbo CD libraries. HU card sizes do vary from Super Arcade and PC Engine, time will tell if that may provide an issue with inserting them into the Duo. There is a catch. The Duo is only going to run in reportedly very limited quantities, so opportunities to purchase one upon its release in 2021 might result in a madhouse. You can sign up to be notified at Analogue's official website with your email, so there's a strong chance this may be a first come, first serve arrangement. Prices aftermarket may skyrocket. Hopefully that changes, but not very likely.