The Quarry Was Reportedly Lost As A Google Stadia Exclusive 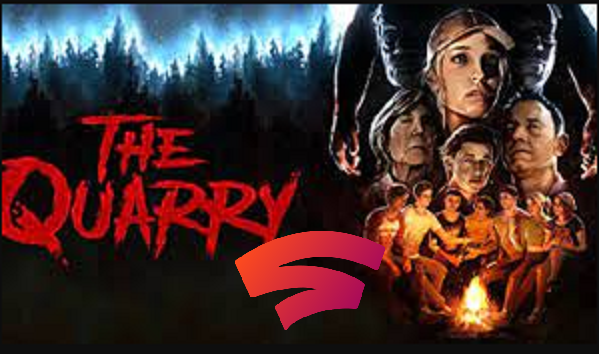 Attempting to take the gaming world by storm as a streaming service option to rival Microsoft and Sony when it was announced back in 2019, Google Stadia is hardly an entity many seldom hear about in any mainstream capacity. Game streaming as a platform remains a touch skittish, even in an environment where a subscription service like Game Pass is widely accepted. Stadia said a lot of the right things, but had a tall order to address up to and after its launch.

While reviews of how its cloud-based architecture worked, Google Stadia suffered from any kind of exclusives to truly appease casual adapters. According to a report by Axios, a reported secret was uncovered about how some games were intended to be Stadia exclusives.

The recently revealed titles during the Summer Games Fest The Quarry, an interactive horror game from Supermassive Games, and the upcoming Xbox exclusive High on Life from Squanch Games (founded by Rick & Morty's Justin Roiland), were intended to be exclusive titles for Google Stadia.

Neither game were announced for the platform, and as of this writing, neither studio verified if joining Google's platform was in the plans.

In 2020, a deal was made between Supermassive Games and Google. No details came to fruition on what any projects would be. It wasn't long after Stadia's launch that Google stated launching games on the platform would be "up to the developers", indicating some warning signs about Stadia's viability. No statement from Google has been issued.