I'll seldom pass up on an opportunity to talk about what I think is the purest weapons-based fighting game ever made, and it isn't Soul Calibur or Samurai Shodown. This distinction goes to the critically acclaimed, but long ignored Bushido Blade. Despite its success, the reverence for the series seemed fairly short-live for how original it plays. In some of the fighting game circles I'm a part of, the question even arose if this should even be considered a fighting game due to its lack of unique movesets and similarities amongst the cast. I shall respond to that in kind. 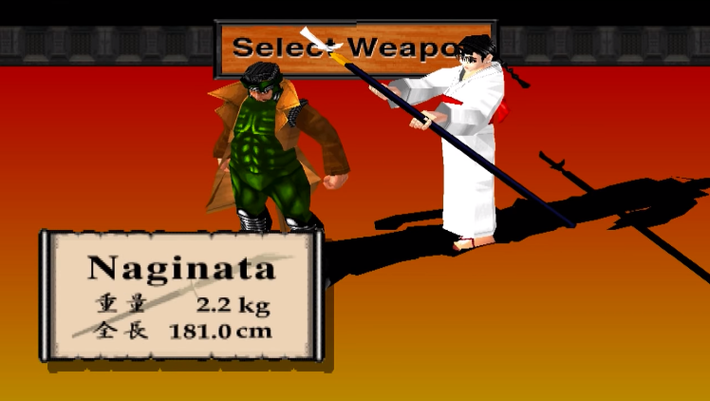 Sure, the six warriors you can select from may lack the traditional nature of movesets that exist in, say, Dead or Alive or Tekken. Each character has various feats in constitution, speed, agility, and strength. This affects how adequately someone can wield a weapon or recover after a blocked or parried strike, as well as take damage. Some characters have kunai and shuriken they can throw. In my eyes, this lays the foundation for Bushido Blade's meta with an awareness of how to approach matchups and place a focus on fundamentals. Then there's the weapons themselves. You can select from a Nodachi, katana, saber, broadsword, Naginata, long sword, rapier, and sledgehammer. Each of these weapons naturally vary in lengths and weights. As previously stated, this places a difference in start-up times and recovery times for attacks. A Naginata will give you the range advantage, but a careless strike can open up your side and leave you vulnerable to a flank attack. The broad sword is incredibly heavy, so if in the hands of smaller characters like Mikado and Tatsumi, you could glaze a ham in the time it takes for them to wind that massive claymore for offense. BUT WAIT!!!! Bushido Blade has thought about this!! The weapons can also be held in different on-the-fly stances, which alters their usefulness depending on who is holding it. The stances each place an emphasis on altering defensive and offensive options, so there's some experimenting that can be done here to suit your play style. While the options don't seem as sexy as many other fighting games, the depth is there in Bushido Blade. It's just very intricate when determining how to place it on one of those ruddy tier lists. 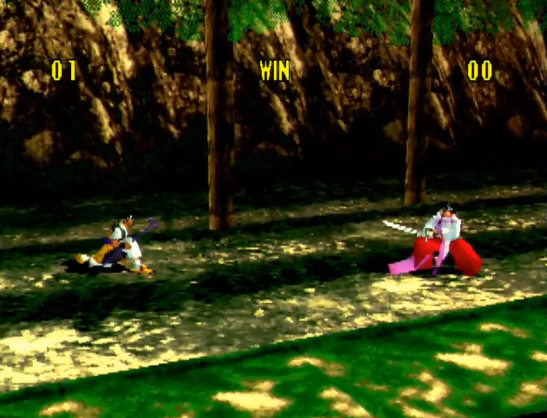 Revolutionary for its time, the "body damage system" in Bushido Blade replaces health bars. This was widely the make or break feature that the series is known for. Because of this, critical blows like head strikes or a vital slash to the torso results in one-hit kills and fights can be mere seconds. Or a leg and an arm can be struck, severely hampering your movement and ability to defend your weak side. Now as a big fighting game head, I totally understand the ebbs and flows that exist in a spirited bout of depleting life bars with combos, critical arts, and counter attacks. Because Bushido Blade did this so effectively doesn't mean the concept should be abolished, but for a game of this build and in this particular set of circumstances, I feel it would make perfect sense that in a game where the warriors are fighting with weapons designed to kill, shouldn't they do just that? Soul calibur is fun, but when Nightmare impales Kilik with a six foot sword, lifts him over his head, and smashes him face first into the ground, it's rather ridiculous that Kilik brushes it off and stands back up.

If you happened to own a Playstation Link Cable, you could play Vs mode with a second player, providing they owned Bushido Blade. The Link Cable was a tool that provided local play for ports of titles like Command & Conquer, Doom, Cool Boarders, and Armored Core, omitting the limited view that split screen provides. The Playstation brand couldn't quite compete with the Nintendo 64 when it came to great multiplayer experiences, but this made some games really cool. I never had a chance to try Bushido Blade in this mode, but my dad and I, who were big Command & Conquer fans, tried out REd Alert Retaliation with it. 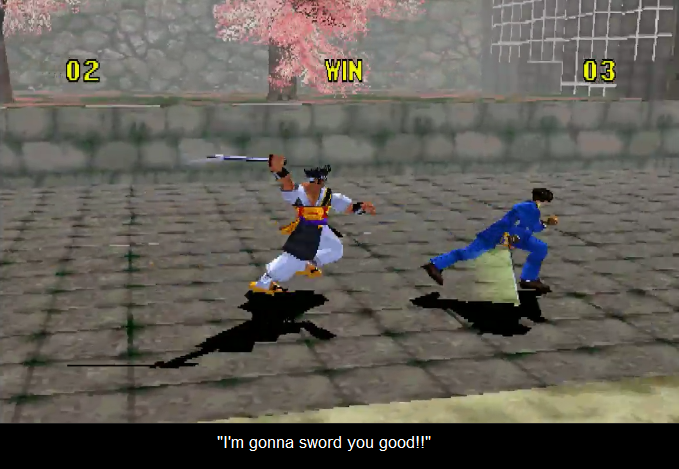 Because a fight can end in a matter of moments, I think this makes Bushido Blade a strong defense oriented game where reckless play can cost you dearly. Now, this also means that a bout can be reduced to the safest game of footsies on the planet and a fight can go on way longer than it would need to. This is sadly a mentality that doesn't exist in today's fighters, where players want the action to be as fast and fleeting as possible. A meticulous sword duel, regardless of its purity and attention to detail, could simply be for its time. A deep fighting game like Virtua Fighter couldn't maintain its ground against the user friendly nature of Tekken and lost its status as the world's number one 3D fighter. Bushido Blade may have  had that same battle against something with more flair and appeal in an arena fighter like Power Stone.

It's too bad that a progressive fighting game like this didn't quite catch on, and while I am a strong advocate for its design, I can understand why it didn't quite become a thing. The development team Genki attempted to resurrect the spirit of Bushido Blade with the Kengo series that spanned from the Playstation 2 to the Xbox 360, but they weren't received the same. In lesser terms, they were about as fun to play as sticking a power washer in your ears and hitting "stream". Bushido Blade and its sequel still feel like a great blast from the past, and while a little stiff, aren't too bad to revisit. 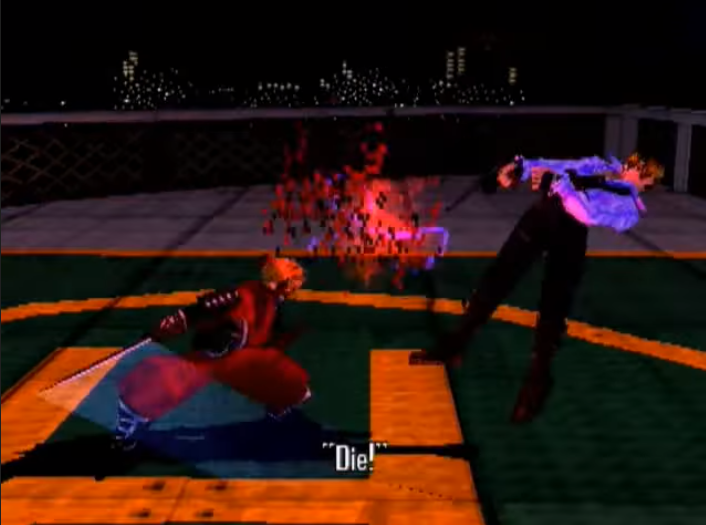