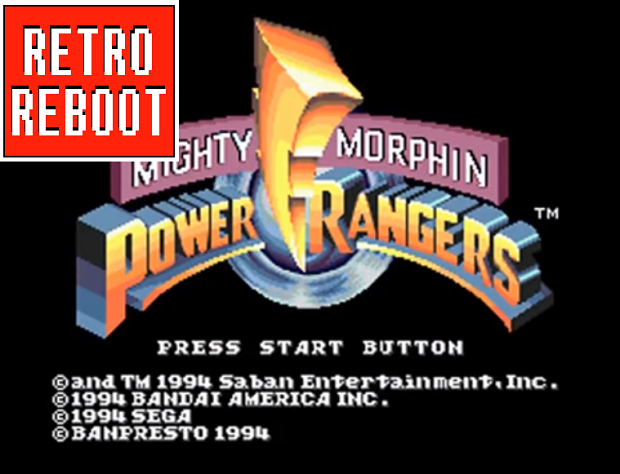 A little more than a year and month ago, I reviewed the Fighting Edition of Mighty Morphin Power Rangers for the SNES and suggested that be the place to go to find your Super Sentai spandex-clad smackdown for your sixteen bit systems. The engine it ran on was really good, the graphics were fantastic for their time, and Natsume put a lot of effort into crafting a pretty quality 16-bit fighter. The Sega Genesis version...really ends up eating the pavement face first. 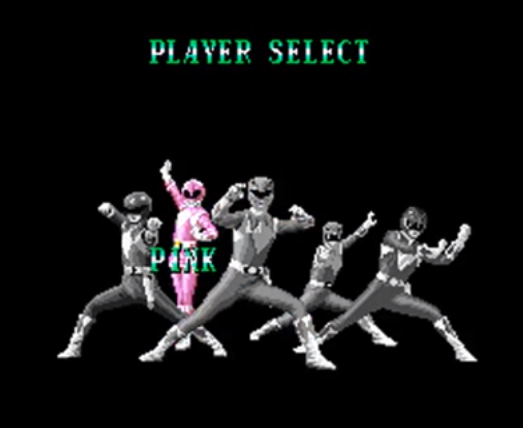 Released in 1994 and developed by Banpresto (I don't think I've played more than three games they've worked on that I'd consider good), Sega kids could laugh at the SNES fan club that they're label would be the only Power Rangers games to have Green Ranger Tommy included on the Genesis and Game Gear versions. Well, they should clutch those carts as tight as possible, because it doesn't long before this malnourished excuse for a fighter's flaws become very apparent. 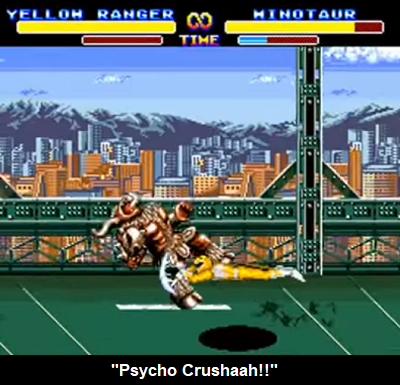 I'll cut a little bit of slack, the Genesis was pretty long in the tooth by 1993 and the aging hardware didn't have many visual tricks to pull off. So while the sprites don't look too bad, there's a decent amount of detail to them and Rita's monsters, the colors have a pretty garish look to them that's drawl compared to Fighting Edition, or the SNES brawler. And some of the cinematic clips seemingly lifted from the show for still frame shots are alright.

And it also looks pretty teensy. It may not be Eternal Champions levels of immersive aesthetics, but with Power Rangers, I'd expect it to make up for that with some degree of pomp and circumstance. Instead, the special moves and attacks have all of the luster and flair of Rise of the Robots, combined with some of the most whack special moves of the 16-bit era. Most of them don't even work while others can be spammed ad nauseum with absolutely no regard for if they're safe to execute. Simply spam lights to create a false frame trap and launch into a special that puts you far out of range to be punished. Then use that same attack to get back in and mash until your turn is forced! Hit boxes barely mean anything, it's difficult to tell which attacks are anti-airs. 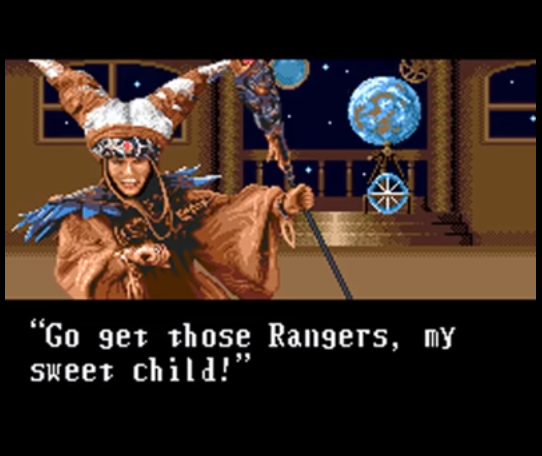 It doesn't help matters that MMPR is mapped only on the three button controller, so you have just a light and heavy attack, A and B, respectively. C button does nothing. When you're close to the opponent, other unique attacks are triggered automatically. The execution is sloppy and borderline counterintuitive. 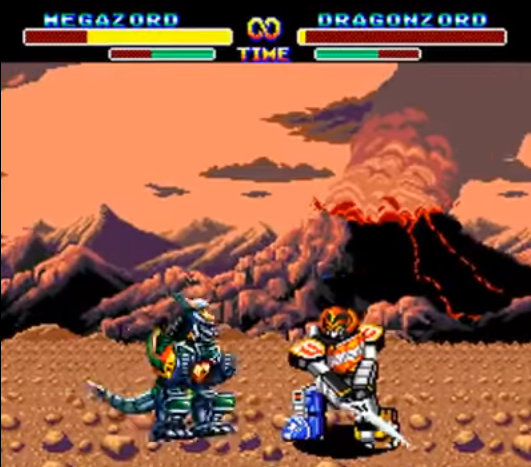 The six playable Rangers pretty much play the same way, only varying in special moves. Now it becomes the game within a game of "WHAT INPUTS WORK!!?", the fantastic guessing puzzler where you go through every command you know about fighting games to see what happens!! The quarter-circle motion that you'd normally do for Ryu's Hadouken in Street Fighter fires the Power Rangers' standard Power Blaster. It's a pretty low-powered attack mostly used to keep the enemy honest, don't expect to pick off their health in any significant fashion. So you go through most of the more familiar motions. The wave dash (Dragon Punch), quarter-circle back, full motion back and forth, charge back for a second, then forward, anything just to see what triggers. This logic also applies with the Zord battles. It wouldn't be so uninspiring, if any of the attacks worked when executing them. Half the time, I'd have to check to make sure if I even did it correctly. The controls are really fidgety and sensitive, your Ranger feels compelled to back or forward dash at random when not even buffering any inputs. Mighty Morphin Power Rangers feels incredibly hopped up on caffeine. The A.I. in the single player scenario mode is incredibly unbalanced and sloppy. The matches split one round with battling on the same bridge over and over, and round 2 takes place in the Megazords. I'm certain that if I learned Megazord or Dragonzord's attacks, they'd be more viable. Instead, I find them to control like lumbering oafs. In the fight with Goldar, I can beat him with any one of the given Rangers. The second the next round starts for the Kaiju battle, he can zone me out with ease because he has 40 different projectiles and rangey normals.

Mighty Morphin Power Rangers on the 'Drive is an uninspired, one-dimensional button masher that gets most of its joy out of being a game you may be able to mess around with buddies. Providing you live in Colorado and happen to have some natural medicinal aids to enhance the experience.