[REVIEW] You Need To Play #IDARB!

#IDARB is a community created game based on Tweets and heavily integrated with Twitter. For me, it's the first of it's kind. I say that because I haven't played every game in the world.

I'm not going to explain the history of it all or it would make Bing irrelevant.

Let's start with gameplay. Such a simple idea and one that isn't quite new. Get ball in hole. Whether it's a 1v1 game, or a 4v4 game, the point is to get the ball in your team's goal by passing and shooting. Set in a 2D arena and involving three buttons, this game is surprisingly one of the best "sports" games I've played in ages. I relate it to a 2D version of Halo's Griffball but add "old school themed" halftime minigames, a few abilities, and a color commentator that only yells out familiar pop culture phrases. And let's not forget...HASHBOMBS! 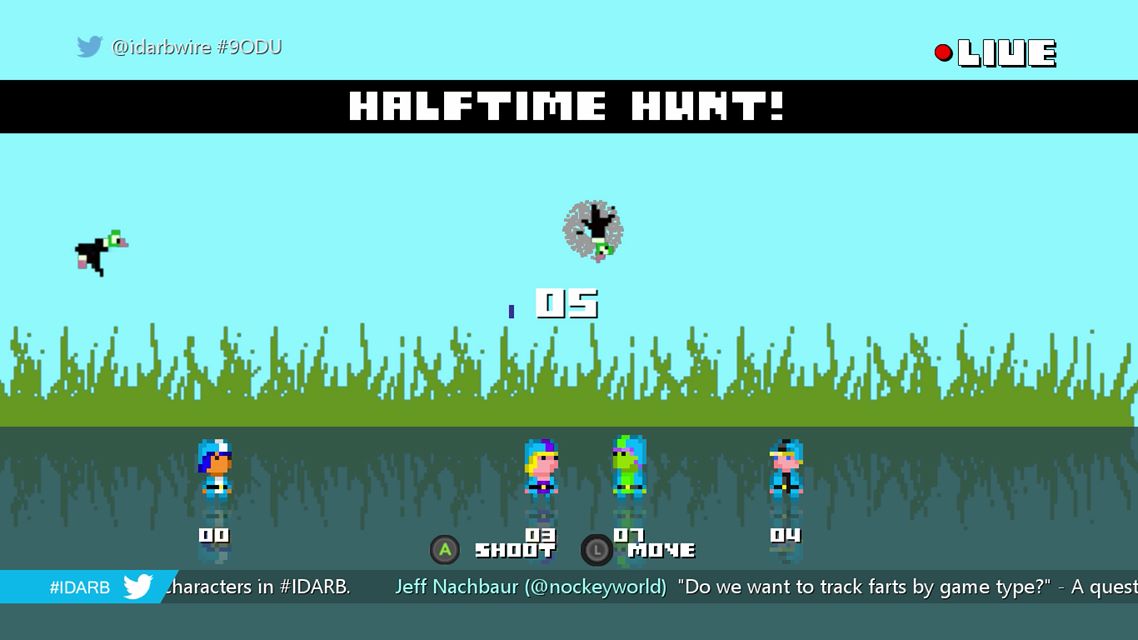 One of the most creative ways to incorporate social media into a game happens with #IDARB. "Hashbombs" are activated events, some effecting gameplay, some just for aesthetics. You activate them via Twitter or Twitch chat. Tweeting a secret hashtagged word, or typing one of the secret hashtagged words into the chat bar in Twitch, effects the game in hilarious ways. Like typing "#CAKE" will add two portals on either side of the arena, while "#MINECRAFT" skins the game with a Minecraft theme. All tweets and chats are scrolled on the bottom of the screen which includes normal messages and chat room banter.

This game is best played with teams of 2 or 3. 1v1 is fun, but adding the team aspect is always better. 4v4 seems a little too crowded for me. At the moment #IDARB's multiplayer is "couch vs couch up to 4 players", meaning that only 2 xboxes can face each other online, and both need to have the same number of players playing. This was an issue on the launch day, as we are a team of 3 members and nobody was playing the game with 2 other people. We dropped to 2 and had no problem finding games. 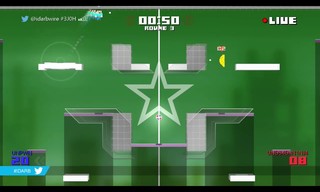 Unfortunately, there are no handicap matches and 2 separate online players cannot be placed on 1 team. A future update will include a "4 xboxes" matching system, allowing a team to consist of you and your online buddies.

Some may complain about there only being one arena. Though more are being tested out, you gotta figure that no "real" sports games change arenas. Besides, secret "game changing" codes will be revealed regularly, and stumbled upon constantly. Try typing "#OKTOBERFEST".

The game also features a very neat and simple character creator as well as a logo creator and a way to create custom music. In fact, if you follow our Twitter account, we'll tweet the QR codes of characters we create. Oh yeah, QR codes enable you to upload and share custom characters. Cool right? 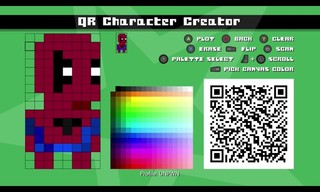 This game has quickly become one of my favorite multiplayer games on Xbox One,so if you're an Xbox Gold member, go grab this game now and add UNPWN (that's me)!  Hell, it's free for February so you really have nothing to lose.