Since the inception of digital storefronts in mainstream gaming, the debate between Physical vs Digital has grown ever more heated. In recent years, the rise of digital gaming has continued on a steady increase, as Nintendo, Microsoft, and Sony's access to virtual retail follows in line with the popularity of Steam, and since 2018, physical copies of games began to decline. 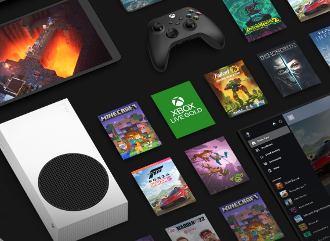 2022 was no different, as the gap widens between the media platforms. According to a BBC report, the retail sales for digital games in 2022 accounted for nearly 90% in the United Kingdom. That number may be a little skewed, as Valve and PlayStation do not publish their digital sales numbers, and mobile gaming, which has been gigantic across the globe, is factored into the figures. Most of the data indicates the growing trend in convenience; it's much easier to download video games from the comfort of your own home instead of venturing out into the elements to a big box store or retailer in hopes that they have the game one is seeking.

This has been the great divide in the fandom, as the preservationists who adhere to the "physical forever" philosophy have seen the declining interest in physical availability. Digital games on some platforms do have issues to work out regarding the murky area of game ownership with digital games and DRM. Last year, when Sony moved to close down their digital storefronts for the Pla..., this caused a panic across the community about the licenses for the games after access to PSStore is decommissioned.

What does this mean for the future of physical games? There might always be a place for them, but with the success of the portable Nintendo Switch, and Sony and Microsoft's option for a disc-free versions of the PlayStation 5 and Xbox's Series S, digital's hold on favorable accessibility is leading the charge.