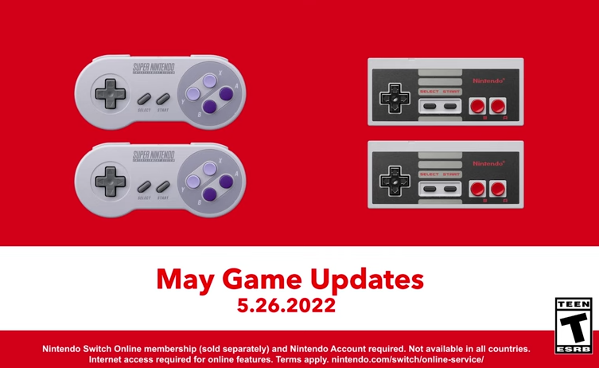 The Nintendo Switch Online Service rounds out the rest of its updates by adding some more selections to the NES and Super Nintendo catalogs, which are available right NOW. New to the SNES, a side-scrolling platformer from Data East, Congo's Caper. And from Jaleco, the 16-bit beat'em up Rival Turf!. And for the NES side of things, it's HAL Laboratories's black box classic, Pinball.

Congo's Caper: As the titular character, a half human-half monkey, Congo must rescue his girlfriend who's been kidnapped by a demon. Battle pirates, ninjas, a mad scientist, and a T-rex across 35 levels and multiple worlds.

Rival Turf!: The localized version of the original game known as Rushing Beat, Rival Turf! changes are made to the game's plot and characters, but the gameplay remains the same. Play as Jack Flak, or go co-op with his friend Oswald "Oozie" Nelson, as you battle through the Street Kings to rescue Jack's girlfriend Heather. Locate Big Al's hideout and take down the Street Kings once and for all.

Pinball: Based on the Game & Watch title of the same name and later an arcade game, Pinball was a Nintendo Entertainment System launch title in North America. With two screens to represent a full table, use the buttons and d-pad to control the flipper and prevent the ball from falling. A secondary mode features a mini game where you must guide Pauline (from Donkey Kong) via platform activation to total up a higher score.

These games are CURRENTLY available to play and require a Nintendo Switch Online membership.