If you are anything like me, you collect things. My new collecting habits have been these little vinyl figures known around the world as Funko Pops. What started as a small "anime" style figure, has blossomed into a multi million dollars company that holds the license to almost everything from Star Wars to the Golden Girls.

While I don't have a lot of Funko's, compared to most people, I do collect lines (or series) of pops. My current one is Overwatch. I love Overwatch, everybody here loves Overwatch. I also like to collect things, so the fitting was only natural.

Series 3 is almost upon us, bringing us all of our favorites; Mercy, Zenyatta, Sombra, Zarya, Junkrat, and yes. Roadhog.

With that being said. 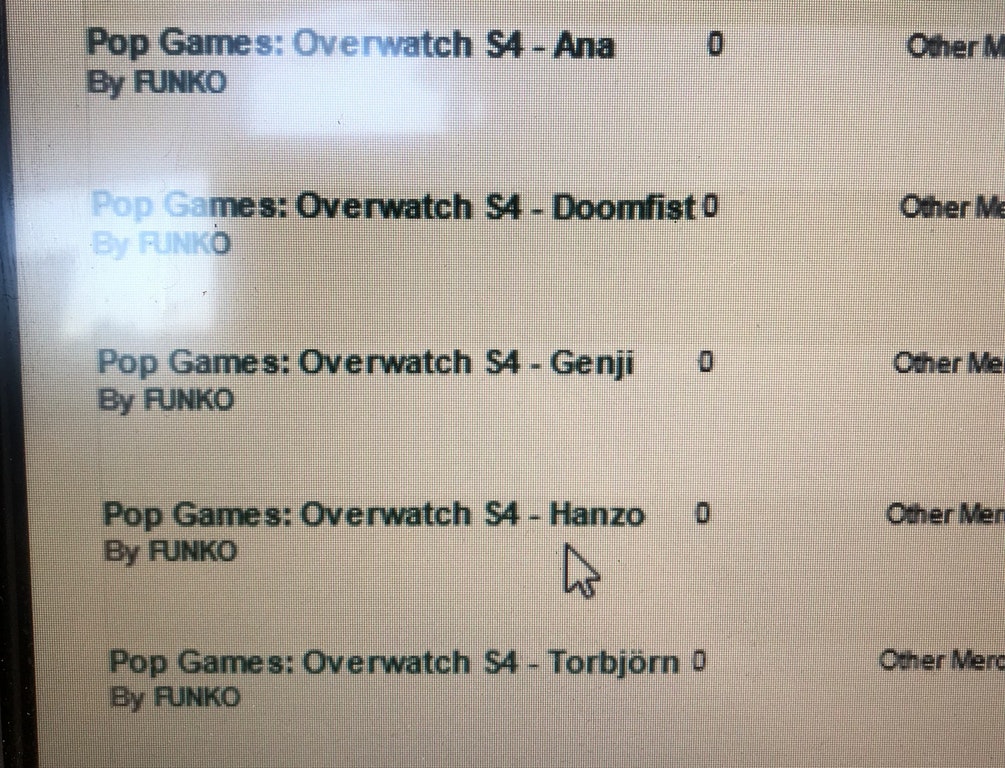 Seen in the image above, which appears to come from a barns and noble computer, the next series is going to include Genji, Hanzo, Torbjorn, Doomfist, and Ana. In the comment section the poster of the leak said that Orisa was also listed as a 6 inch figure.

Regardless, I am excited for Ana and Torb. There is no release date, but judging from the March release date on Series 3, these might come out later this year. Probably just in time for Christmas.

Now I ask you. Do you collect Funko pops? If not, what do you collect? Let me know in the comments below.