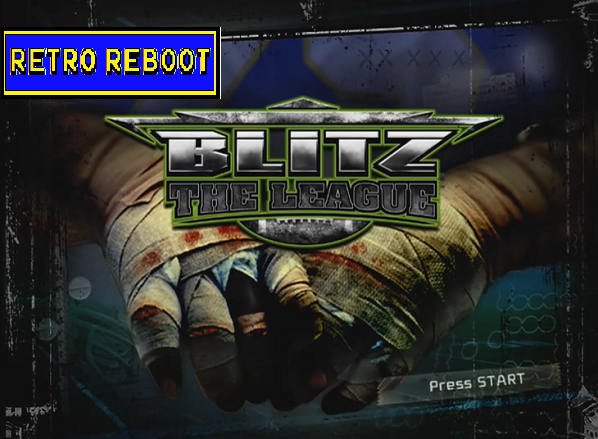 NFL Blitz was one of the more beloved and heavily played arcade games of the 90's. Following the success of NBA Jam, Midway applied the same over-the-top philosophy and explosive gameplay to professional football. I remember partaking in Blitz tournaments at arcades, and it was a very popular game to play for the Nintendo 64. 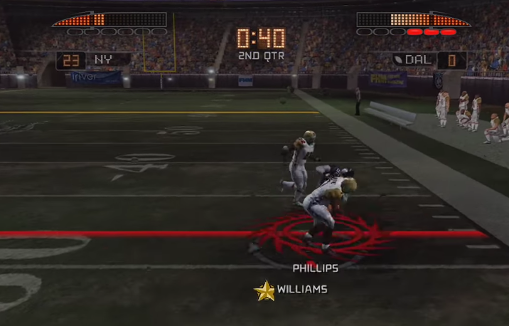 Simulation football games were becoming more in demand as the popularity of the sport was beginning to skyrocket, so the simplistic nature of Blitz was running short on appeal. Since Electronic Arts would give the NFL 35 Brink's trucks full of cash for exclusive rights to the league in 2005, this would effectively kill off all other studio's opportunities to develop a game for the National Football League. No more 2K Football, NFL Game Day, and to a lesser extent, Quarterback Club. 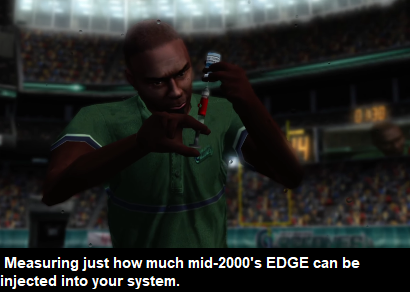 Blitz, however, sought a chance to strike a return during the renegade nature of the 2000's. Midway may not have the rights to the NFL, but they have controversial figures Lawrence Taylor, Bill Romanowski (added later to the updated Xbox 360 version), and STEROIDS to win itself over with the fans.

"Hahaaaah, remember when the use of steroids was linked to the struggles of post-career athletes and countless deaths on top of the effects of CTE? Let's stick it to those sensitive liberals who think head shots and forearm shivers are ruining the game by including it in our outlaw sports title! This certainly won't age poorly."

So as previously stated, since there's no official teams, Blitz: The League goes about creating a lot of fictional teams, with the aforementioned former stars portraying the role of Quinten Sands (Taylor) and Bruno Battaglia (Romo). "Quentin Sands" is a play on San Quentin, a Californian prison known for having the highest death row in the US. It's amazing how self-aware, yet off the mark this is. You've got Lawrence Taylor playing a character in an outlaw football game, but doesn't have a cocaine addiction?

The gameplay is very close to previous Blitz games, adopting the overly aggressive and explosive style. When your "Clash" meter builds, you can deliver ultra-violent shots like stiff arms and powerbombs. These big dirty hits decrease an opponent's stamina, which I guess is a means to add variables, I think it's a distracting feature. Like previous games, the yards are still 30 for a first down instead of 10. 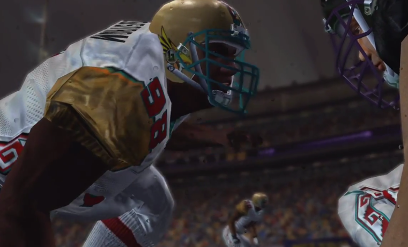 Blitz: The League plays well, enough, but this style of play shows its age and I never had my interest held for very long. Given how adept other franchises are, The League doesn't offer enough to stay engaged beyond a novelty. It just feels very out of place.

The graphics, for instance, this is that period where the games look BETTER than generations before, but enough time has passed to make early high-def offerings now look very soupy by comparison. It probably was a design choice for this to be taken more legitimately as a gritty alternative, but it's so dreary and depressing to look at, you could brighten it up with a snuff film. It really tries hard to get these "characters" over, and perhaps in another era, it might work.

The 18 teams that make up "The League", which collectively is a parody of the NFL, of course. That's made even more apparent, as the game's campaign mode was written by the former writers of the ESPN show The Playmakers, which was cancelled by the network because the NFL didn't approve of its portrayal of professional athletes. Sure, because a league that allows corporate meddling and strong-arming cities for new arenas, objectify cheerleaders, and allows Dean Spanos to own a team is genuinely concerned about public image. 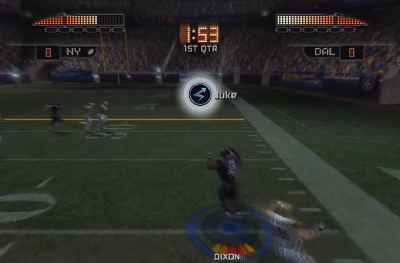 Blitz: The League captures the gameplay of its previous series done by this staff, but it feels like a game that really didn't need to exist. It was critically received well enough that a sequel was developed, was there a real demand for this style of arcade play as late as 2005? One of those instances where it appeared Midway was really behind the times and was running low on steam. I'd rather just hook my Nintendo 64 back up and turn on Playoff Edition NFL Blitz again. Blitz: The League is the video game equivalent of a 39 year old wearing elephant pants and puts their Hot-Topic nose ring back in to attend a Good Charlotte concert. Niche seldom equals progression. Oh yeah, and you can unlock images of the cheerleaders. I'll save my dignity and play Dead or Alive Xtreme Beach Volleyball. 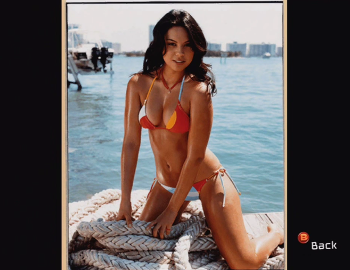