The comments (translated from Japanese) began at the 2:07:41 mark of the broadcast:

"It’ll be in Famitsu next Thursday. I already sent in my manuscript, so the proofs are being made now. It’s a scoop on a level that when the story comes out, other media will make a fuss to the company like, “Why didn’t you let us cover it?” Maybe people will say, “Who was the first to break that story?,” “It was Zenji Nishikawa, right?” It’s a scoop as major as the PlayStation 5 scoop. I just wanted to say that in advance.

I can’t say [anything more] here, but it’s OK for me to tease it (laughs). I was told that it’s OK to do so at various meetings. It’s being talked about in other places. Just not by the media. It’ll rile up the games industry."

When the comment section picked up on his slip of the tongue saying it was Sega-related, Nishikawa would confirm, "Did I say Sega? Then it's Sega. He clarified that it's not a Dreamcast 2, so the talks of Sega hopping back into console manufacturing will continue to be a pipe dream for those wishing for that.

This is certainly a great deal of hype in an industry that banks on hyperbole to expectations so high they may be hard to be met. About a month ago, longstanding rumors had been floating around about Microsoft and Sega planning a big announcement in June. This lead to speculation of Microsoft showing interest in purchasing Sega. That acquisition would do wonders for broadening the appeal of the Xbox brand in Japan, where it doesn't fare anywhere near as successfully as local companies Nintendo and PlayStation products. 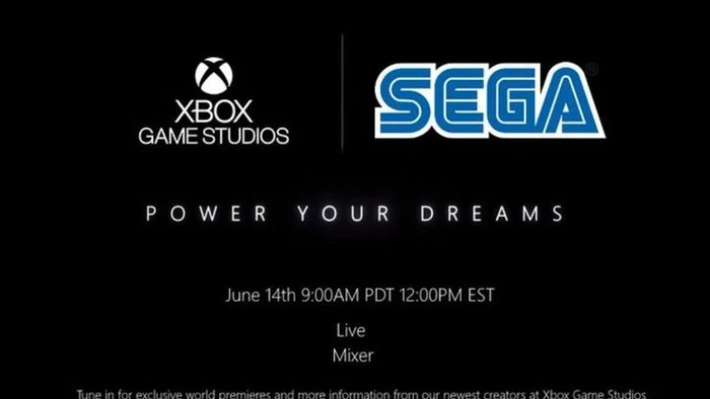 Despite their rich history in gaming, Sega has found their notoriety in the Western hemisphere limited to niche appeal beyond nostalgia. The Sega brand was once a dominant force and strong innovator in the video game and tech industry, especially in arcade prospects with their NAOMI boards and the pioneers in online gaming with the Sega Meganet in 1990 and the Sega Channel, which originally launched in 1994 to 1998.

Two decades have passed since Sega's influence in the game industry was last felt and it has been sorely missed. The announcement could be a revival of a great deal of the company's beloved IPs, like the recently released and critically acclaimed Streets of Rage 4, currently available on the Xbox One, Windows, PlayStation 4, and the Nintendo Switch. Perhaps Microsoft Studios have heavily inquired in development of dormant franchises such as Golden Axe, Shinobi, Jet Set Radio, or Virtua Fighter.

We'll find out June 4th, as Nishikawa will drop the details.