Reggie Fils-Aime Named to GameStop Board of Directors 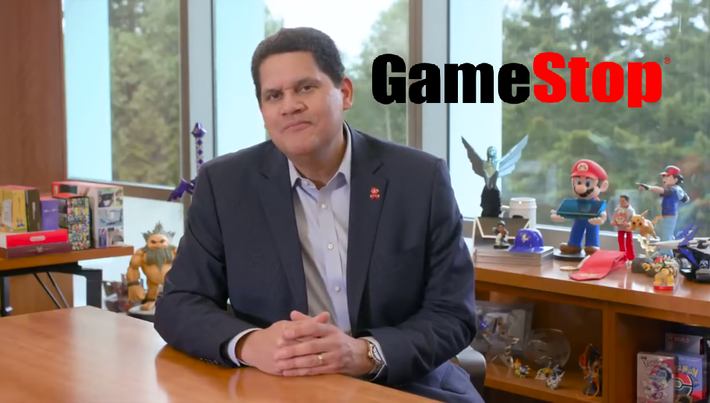 GameStop has been searching for a means to survive in a video climate that has been rapidly evolving in recent years. The video game retail chain has seen steady decline in business. 2018 saw a net loss of $673 million dollars over the course of the fiscal year, and very little they have tried to do in order to offset losses has seen no results, and then CEO (for only three short months) Michael Mauler stepped down. The increase of digital sales for video games has eclipsed physical distribution by nearly 80%, based on the averages in 2017. This has delivered a critical blow to GameStop's bread and butter pre-order and reselling of used games.

Combined with more than questionable business decisions, like remaining open on Christmas Eve, cutting perks and programs on their Rewards Program, to name a few, the company has been fighting off a decline. In their latest move, they've enlisted the services of former Nintendo of America president Reggie Fils-Aime, along with William “Bill” Simon and James “J.K.” Symancyk.

The gaming industry needs a healthy and vibrant @GameStop. I look forward to being a part of @GameStopCorp Board and helping to make this happen. https://t.co/pYWFGZ9XKj

"The Board refreshment and governance enhancements announced today represent an important milestone in GameStop’s transformation as we continue to evolve the Company’s business strategy for long-term success. We are pleased to welcome Reggie, Bill and J.K. to the Board. They are each highly qualified and bring significant, relevant experience to our turnaround. We look forward to immediately benefitting from their expertise and perspectives as we navigate the evolving gaming and retail environments, execute on our strategic initiatives and prepare the Company to maximize value-creation associated with the next generation of console launches later this year.”

James Symancyk has 25 years of experience as CEO of Petsmart and the chief operating officer of the supermarket chain, Meijer. William S. Simon, 60, has three decades of executive officer experience as former CEO of Walmart from June 2010 to August 2014. Reggie headed as President of the United States branch of Nintendo from 2006 to 2019, and serving as one of the more recognizable spokespeople for the brand, but his influence on actual video game development and product manufacturing was fairly little.

Reggie's natural charisma and personality became synonymous with the brand and was in many ways a bright face in some of the more dire periods of Nintendo's less profitable years. What this means for GameStop's future? It'll be hard to determine. GameStop stood pat with an antiquated business model for a long period of time and failed to adapt when the situations changed. If Reggie, J.K., and William can right the ship, or at the very least mitigate the damage the company has done that cost them quarterly losses for years, it may preserve the sale of video games in brick and mortar stores like EB Games and GameStop, for a little while longer, at least.