Arcade racing simulators are straightforward, yet incredibly addictive. Hang-On was one of the first of its kind. Originally released in arcades in 1985, the Master System port of Hang-On followed shortly thereafter and is a pretty well done conversion. The Master System was a retro console I've waited a long time to get my hands on, and one of the fascinating things I've learned is the console usually features a built-in game, ranging from Space Harrier, Alex Kidd in Miracle World, Sonic The Hedgehog or Sonic the Hedgehog 2, and Hang-On. Just turn on the console without a cartridge in it and see what happens. 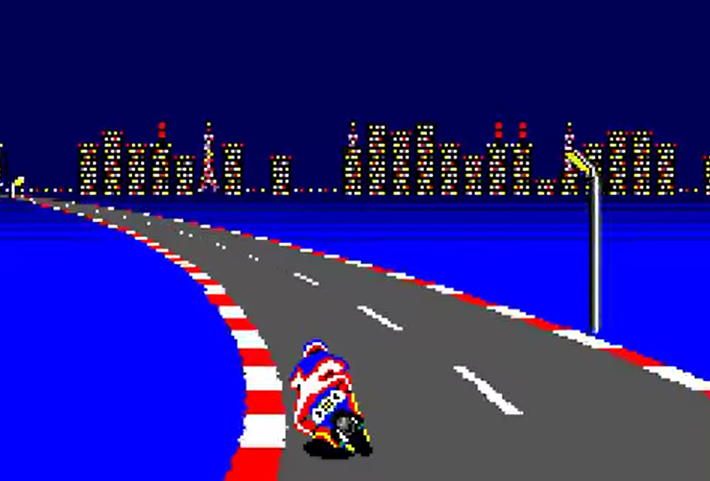 Hang-On is a speedy motorcycle racing simulator where you are pitted against or cyclists  in a race against the clock. Finish the laps in the appropriate time allotted, and the time saved rolls over into the next, extending your clock. It may not have the arcade handlebars or levers, but it still controls well.

Visually, it naturally lacks the polish of the cabinet and has some hiccups and screen tears. Otherwise it runs very fast and there's no slowdown. The cityscape changing as you proceed adds great flare as you zip through the courses.

Street side hazards like light posts and turn markers are easy enough to spot upon the horizon, but at blinding speeds. The most reasonable comparison would be to the NES' Rad Racer, which does boast larger sprites, but the colors I don't find as rich.

Sega's offering also controls a little better and isn't quite as slippery, along with the sharper graphics. 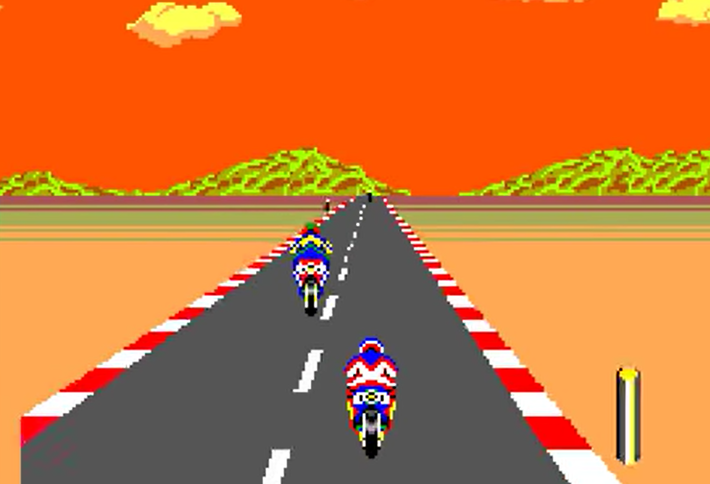 Produced by Yu Suzuki, Hang-On has been one of Sega's flagship franchises for 35 years. It's a game that's more fondly remembered almost exclusively for the experience rather than being the zenith of its medium. Super Hang-On released two years later and Outrun (released in 1986) is also more impressive and robust. Hang-On can be found in Suzuki's other baby, the Shenmue series. This home port on the Master System is great to turn on and see how much better you can get. It serves as the perfect time killer and is a great flagship game for the bygone era of arcade conversions to home consoles.