The history of Street Fighter II and its influence on the world of fighting games is so vast, I could have covered it from the start and end of January and it would still be difficult to do it justice. It's a fighting game released in 1991 that has received tweaks and additions as late as 2017 on the Nintendo Switch's Ultra Street Fighter 2: The Final Challengers, which I'm not ashamed of saying I own for very few reasons outside of compulsion. It is a quality version of the game, the fact that it happened (and for a brief while was more played than Street Fighter V) is still a touch mystifying. After a brief bit of thinking, I think it's best to talk about the first significant balance patch Street Fighter II received in Champion Edition. The four boss characters, Balrog, Vega, Sagat, and M. Bison are playable, but there were also a plethora of changes to the gameplay that provided an overhaul to how matchups are altered and characters are played. Zangief gets a faster Spinning Lariat with quicker recovery time to combat zoning efforts. E. Honda can now move forward slightly during his Hundred Hand Slaps, turning him into the bully character he would be for ages. Guile's Bazooka Knee is added to give him a forward moving attack to catch opponents off guard, AND his Flash Kick can hit twice. Blanka's electricity is now faster, and his Blanka Balls give him deadly oki. Balrog and Sagat now have grabs, making him deadlier if they're in close. Sagat learns Tiger Knee, which can go through projectiles on its start-up frames. 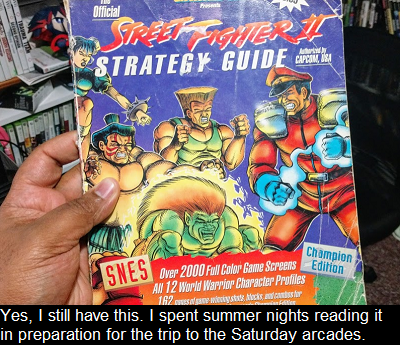 Chun Li can now chest flip kick off her opponent, a poke attack that keeps her safe even on block. Chain combos and inputs are easier to execute and feel more natural. Champion Edition is the first fighter I remember to shift its own meta and relearning aspects of the game was quite fascinating. The core philosophy was still intact, but since every character has additions to their attacks, defensive capabilities, and matchup potential, the refresher added a new layer of nuance. In 1992, GamePro Magazine published an elaborate strategy guide that covered information for both the Super Nintendo port of the base game and the then recently released Champion Edition in arcades. I wasn't necessarily on the fighting game scene officially as a real competitor, I dabbled in a handful of tiny tourneys at our local mall in my early teens for Street Fighter Alpha, Darkstalkers, and Virtua Fighter 2. The arcades were a beast, this was before the advent of training modes and practice dummies. The tools available to sharpen one's skills in a fighting game today are vast and accessible. Back then, without many home ports of perhaps some of your favorite fighters, the amount of time you got in to practice was determined by how many  tokens you had and how active the game was. 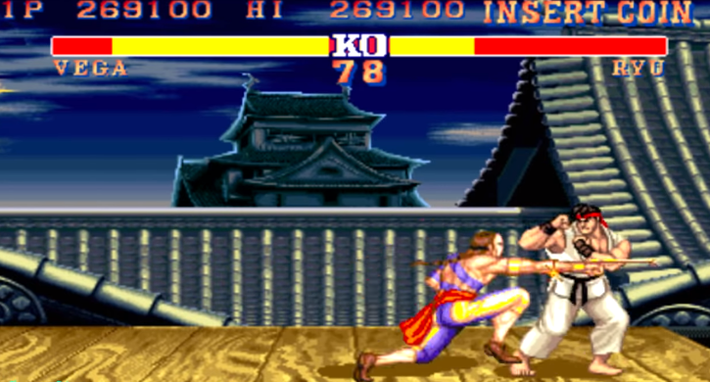 Champion Edition also sped up the gameplay, included new animations for each character, and altered all of the familiar stages just a little. The bouts that took place at Suzaku Castle during sundown is now dusk with more of a blue tint in the horizon, same with M. Bison's final stage. With bigger sprites, turbo mode (a selectable feature in the Sega home port and the SNES's Hyper Fighting version of Champion Edition), and a fresh coating of paint on the stages, Champion Edition still serves as a tournament savvy game that's still very viable today. 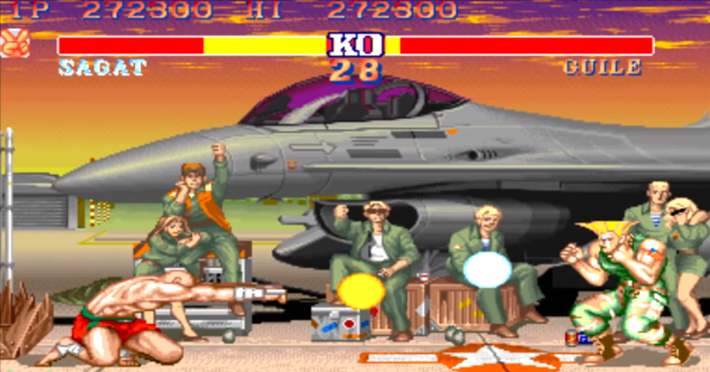 Street Fighter II may be the fighting game that never actually goes away, and I have a history of making fun of its many many ports over the last few decades but its legacy isn't without reason. Champion Edition is my favorite incarnation of SFII, probably because it's the one I'm most familiar with. Super Turbo wasn't accessible to me until around the late 90's, so I didn't get too acclimated with what is considered the definitive version of Street Fighter II, and Super SFII felt a little too unbalanced. Champion Edition is still a fine quality game that I will occasionally boot up and play every now and then and one of the first fighters I really sat down and studied in order to improve in it. With the various anniversary collections and redistributions, look forward to seeing Street Fighter II Champion edition in some incarnation on the Playstation 15, the XboxBOX(x), and Nintendo Brain Detachment in 2044.