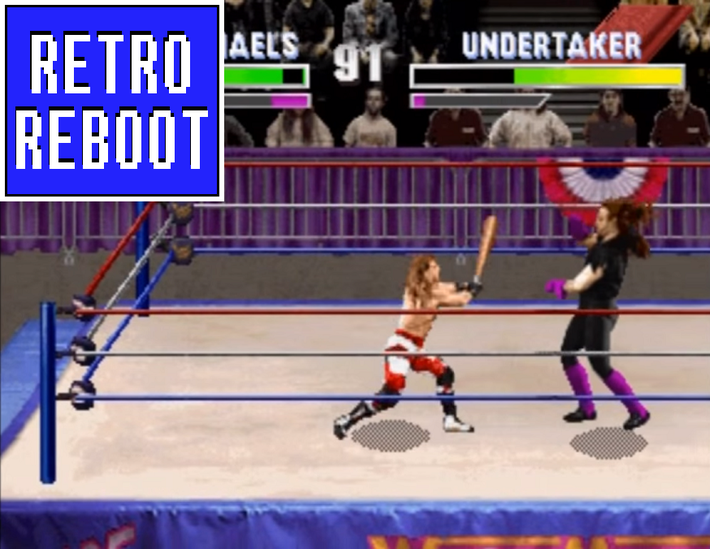 Thanks to the coronavirus, the 36th iteration of WrestleMania wasn't packed in front of 80,000 screaming fans. Instead, the event was pre-taped and took place over a span of two days. While I liked half of the event, considering the circumstances, I think it would've been really fun if the feuds were had out over the various wrestling video games that existed over the years. And since WWE 2K20 is an unplayable mess, they should've asked Xavier Woods to host some battles over the 1995 release, WWF Wrestlemania The Arcade Game on Up Up Down Down. 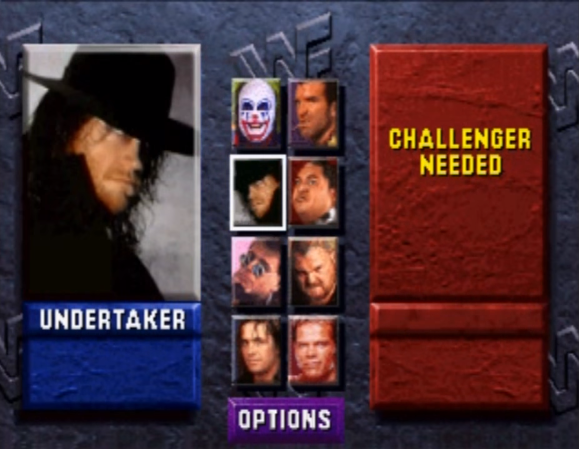 Developed by Midway and released initially in arcades (of course) on almost every conceivable home platform at the time (PlayStation, Sega Saturn, Sega 32X, Sega Genesis, SNES, and MS-DOS), WWF WrestleMania was a detour from most 8 and 16-bit wrestling video games before it. Putting aside aspects of making it a technical video game that simulated pro wrestling the way the LJN titles, The Arcade Game was fast-paced, over the top mayhem that exaggerated the action. 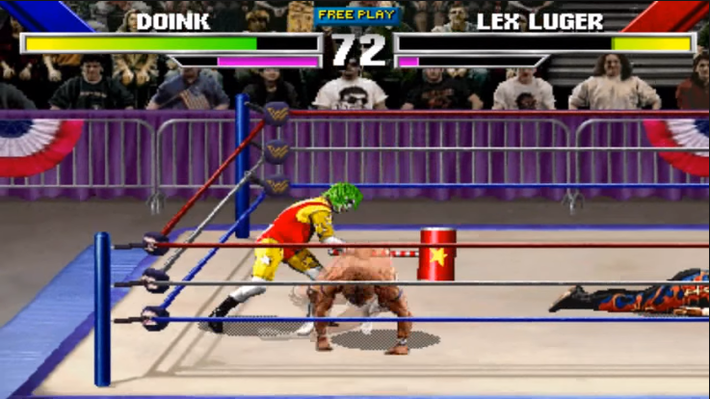 As this was a product of Midway, you'll notice the comparisons in the control scheme and gameplay to Mortal Kombat, so it plays more like a fighting game than a wrestling game. A lot of the special attacks have similar inputs (like tapping forward twice and punch). Instead of scoring a pinfall, you just beat the ever living stuffing out of your opponent until they stop moving. The roster is made up of 8 WWF superstars. Shawn Michaels, Doink the Clown, Bret "Hitman" Hart, The Undertaker, Yokozuna, Bam Bam Bigelow, Razor Ramon, and Lex Luger. Adam Bomb was reported to be in the game, but he wasn't completely finished upon production. Well, the world was denied the ability to play as one half of WCW tag team, KroniK, allow me to weep for this loss. Mr. Fuji was also supposed to interfere on behalf of Yokozuna, but the sprite never made it into the game beyond Yoko's pre-match animation. While the gameplay remains intact for all the versions, there's a few differences, like the SNES port omitting Yokozuna and Bam Bam. "Genesis Does" much, Nintendo? 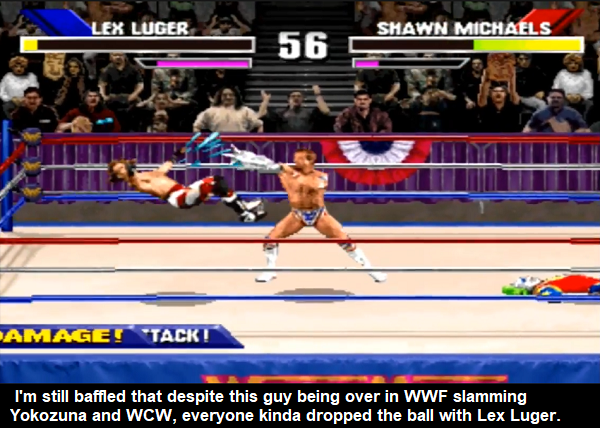 The graphics are very well done in all the ports. Being Midway's success and appeal came from use of the digitized actors in Mortal Kombat, WrestleMania the Arcade game used the same blue screen technology to capture the wrestlers' likeness. I have and always will be a big fan of this method, it creates a very unique look for video games that I still find impressive. If it had some FMV clips of the wrestlers for the DOS, PlayStation, and Saturn versions, that would put it over the bar for visuals, as far as I'm concerned, because I'm a sucker for some full motion video in my video games. The special attacks have a great deal of over exaggerated effects added to them for some extra visual flair, like Doink using an electric charged joy hand buzzer that shocks opponents, or Bam Bam Bigelow using an attack on a grounded opponent that completely immolates them in flames. I'm going to assume it was based on this, but at one point during a motorcycle accident, Lex Luger had a metal plate placed in his forearm during surgery. In his heel run as "The Narcissist", he often used the illegal bionic forearm to score victories over opponents. So since a lot of his attacks in The Arcade Game involve turning his arms into industrial grade steel, that's what I always believed. Even though this was All American babyface Lex Luger. I think I've put way too much thought into this because I'm a total mark. As far as fun factor goes, WrestleMania The Arcade Game is easy to pick up and play. As mentioned, it shares a lot in common with Mortal Kombat when it comes to move execution and the lightning fast combos. Also similar to Midway's other fighter, The Arcade Game will have you go through several two-on-one endurance matches in single player. Each match goes through two "falls" or rounds. Vince McMahon and Jerry Lawler provide color and play-by-play commentary, thought depending on the version of the game you have can vary. Some ports only have limited audio clips (Lawler isn't heard in the 16-bit or 32X ports). Playing with a buddy can be quite entertaining if you want to duke it out together or battle as a tag team and run the WrestleMania Challenge Mode. The Intercontinental Championship path serves as the intermediate difficulty while the WWF Championship is far more grueling that includes two 3-on-1 Handicap Matches and a full roster gauntlet before winning the title. I honestly think it's harder than the Mortal Kombat II port on Midway Treasures that's accidentally tougher than the arcade. WrestleMania still stands as one of the more unique WWF games that can be a fun venture to revisit. And I love it because it gave me this. I've always been a huge Bret Hart fan...