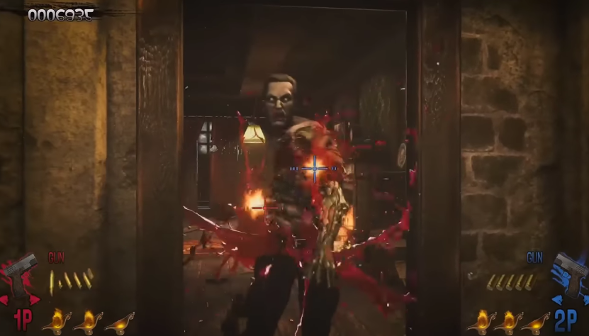 The house of the Dead Remake is now available for the PlayStation 5. Developed by Polish studio MegaPixel (Gravekeeper, Panzer Dragoon Remake), this redux of the original 1997 light gun shooter was re-imagined for modern consoles last April, and was released for all last generation platforms.

There have been no changes to the story, and MegaPixel had zero assets from the original game to work with. The House of the Dead Remake is a whole new build. Reception to the original release of HotDR has been mixed, with many citing the controls not feeling faithful to the original, and the new music.

The PlayStation 5 version is promised "adjusted" graphics, and tweaked controls. Other updates and features include an all new Horde mode, which increases the on-screen enemy count, a photo mode, leaderboards, and a gallery. If you already own the PlayStation 4 version, the PS5 upgrade will be free of charge.

The House of the Dead Remake is currently available for the PlayStation 5, and is also on the PS4, Xbox Series X|S, Xbox One, Nintendo Switch, Google Stadia, and PC