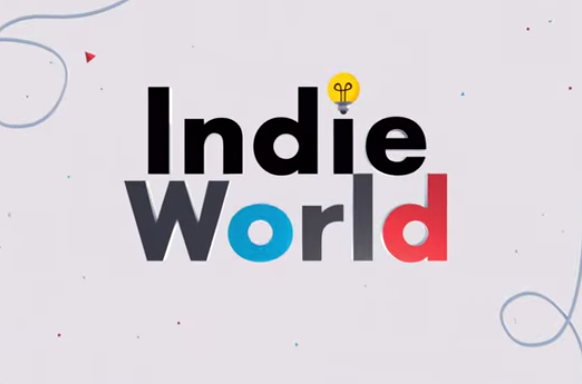 Nintendo's Indie World show is back again, highlighting the upcoming independent titles from around the globe. The presentation ran for a shade over 24 minutes, some of these games are currently available. Here's some of the more notable trailers from today's event. Some are pretty decent fare, but a Soulslike where you play as a crab? Sign me up.

ElecHead is a puzzle-platform game where you play as Elec, a small robot on a mission to bring back the light to the world. When Elec touches walls, floors, platforms, switches, and more, he makes electricity run through them, activating them.

He can also detach and throw his head to trigger things remotely, but be careful: if he doesn't get his head back within ten seconds, he will shut down. Elec will have to use his head, literally and figuratively, to find a way out of this trap-ridden facility. Coming this Summer

From Noodlecake Studios (the creator of Super Stickman Golf and Chameleon Run) comes a pretty unique take on 3D gunplay. Featuring a fun blend of music-based rhythm gaming, dungeon crawler, and looter shooter action, guide your Guardian of Harmony solo or with up to 4 players! Available NOW

Gunbrella is a noir-punk action-adventure set in a world dependent on a rapidly diminishing natural resource. Players take the role of a gruff woodsman on a quest for revenge, armed with the mysterious Gunbrella: a firearm that doubles as an umbrella.

His investigation becomes entangled with the inner workings of ghouls and gangsters, cops and cutlists, and the fallout of corporate exploitation. Coming 2023

Build a unique deck powerful enough to fight back an eternal frost. Customize and upgrade cute companion cards and expand your hub town during each run to unlock new items, events, challenges and more! Coming later in 2022

Another Crab’s Treasure is a soulslike adventure set in a crumbling underwater world plagued by a mysterious curse. As Kril the hermit crab, you’ll need to wear the trash around you as shells to withstand attacks from enemies many times your size. Embark on an epic treasure hunt to buy back your repossessed shell, and discover the dark secrets behind the polluted ocean. Coming in 2023

Gaming streamers might get a delight out of this one. Be the leader of red and blue wobblers from ancient lands, spooky places, and fantasy worlds. Watch them fight in simulations made with the wobbliest physics system ever created. You can also send your wobblers to fight your friends or strangers in online multiplayer! Coming this Summer 2022.