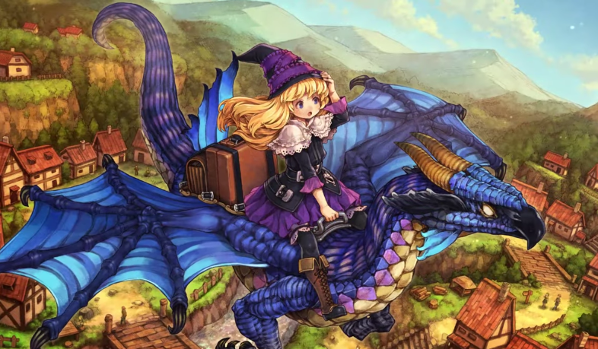 Publisher and developer NIS America, known in Japan as Nippon Ichi Software held a showcase announcing upcoming projects. Among those reveals and trailers comes the news that GrimGrimoire will be making its way to modern platforms.

Developed by Vanillaware (Odin Sphere, 13 Sentinels: Aegis Rim), GrimGrimoire follows the tale of Lilet Blan, a mage-in-training, on her journey throughout Silver Star Tower, an academy for aspiring magicians. Within the tower lurks fearsome monsters and mysteries. Dispel the secrets and uncover the truth behind the Silver Star Tower.

Similar to the updated version of Odin Sphere, Leifthrasir (released on the PlayStation 4 in 2016), which saw gameplay tweaks, challenge balances, and a lot of quality of life enhancements, it appears GrimGrimoire OnceMore will receive a visual polish remaster, as well as a redesigned skill tree, new user interface, and some other features yet to be named.

GrimGrimoire was originally released on the PlayStation 2 in 2007, directed by George Kamitani. Different from Odin Sphere, which was more action-based, GrimGrimoire adopts elements of real-time strategy gameplay. While it was a financial failure and didn't sell well, GrimGrimoire would later go on to become a cult classic on the PS2, before vanillaware would later achieve stronger success with Dragon's Crown, Muramasa: The Demon Blade, and 13 Sentinels: Aegis Rim.

GrimGrimoire OnceMore will be released Spring of 2023 for the PlayStation 5, PlayStation4, and the Nintendo Switch.